Australian Communities are Running Out of Water 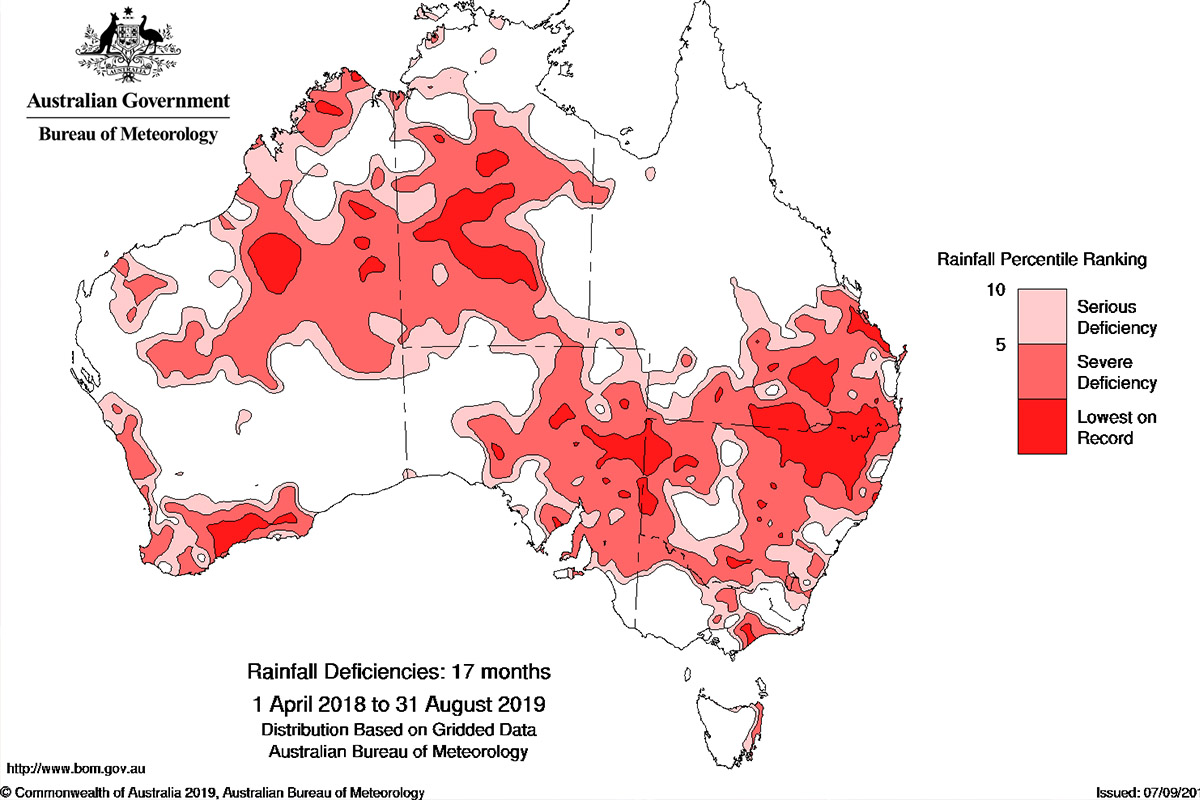 The Bureau of Meteorology says we’re in the midst of Australia’s worst ever drought, with total rainfall 24 per cent below average. Hot and dry conditions are severely effecting water resources in every state, and our farmers are suffering terribly. Christian leaders are calling Australians to show their solidarity, and pray for rain throughout October.

This National Month of Prayer and Fasting is being led by the Canberra Declaration. As well as praying, Aussie Christians are encouraged to support ministries who are caring for drought affected communities. One such charity is Western Air Care Ministries, who are bringing hope and hay to farmers in need. “We have a crisis,” said Warwick Marsh, who’s coordinating the call for prayer. “The crisis is getting more dire as each day goes on.”

Pastor Dave Jackson is the founder of Western Air Care, and he’s been on the ground in these communities. Recently, he’s lead funerals for two farmers who have taken their own lives. “Some of them are fourth and fifth generation farmers, and they feel terribly guilty about the fact that they’ve failed, when they haven’t failed. It’s a drought. And they think the only way out is to commit suicide.”

When they bring fodder to the farmers, Jackson explained that his ministry also brings a program to support the town, including food, activities for kids and live entertainment. We have everything going that just gives the farmers, and the community, a day out to forget about the drought,” he said.

“They appreciate the fact that they got some hay. They appreciate any groceries or any vouchers that we can give out. That’s all very good. But to know that someone’s thinking of them is what really hits their heart, and hits it hard.”

“So the idea of the whole thing is not just to bring a bit of hay, or bring a bit of hope, but to bring the goodness of God into the situation. Because I believe whole-heartedly, God is the answer to every circumstance every man or woman will face on God’s Earth. God is the answer. And if God looks like a bale of hay when it arrives, that’ll do me.”

In 2 Chronicles 7:13 (NKJV), God mentions shutting heaven, so there’s no rain. Warwick Marsh thinks that’s what’s happening now. “And I do believe, in my heart of hearts, that God is trying to get our attention. And myself and Dave are really united on this, that our greatest need actually is the rain of the Holy Spirit.”

Most people, even in their desperation, are unaware that they need God. “And so Jesus cried out as he was dying, ‘father forgive them, for they know not what they do. So we’re acting as emissaries, ambassadors for Christ at this moment. We’re praying for rain, but we are praying more so for salvation for this nation. We are praying for this nation to repent.”

In the next verse, God says “…if My people who are called by My name will humble themselves, and pray and seek My face, and turn from their wicked ways, then I will hear from heaven, and will forgive their sin and heal their land.” To Marsh, now is clearly the time for the people of the Church to seek God through prayer and fasting.

“Pray for God to pour his spirit out on this nation, and at the same time pray for the rain to be poured out for our farmers, because we are here to show the love of Christ, as Dave pointed out, tell them that God loves them, God cares for them, we do too.”

The Canberra Declaration will be sending daily devotionals via email and reports from the ground. For more info or to register, visit the Canberra Declaration’s website. Throughout October many church and indigenous leaders will be heard on Vision radio, leading us in prayer for repentance, renewal and rain.

For more about the campaign, as well as thoughts from some listeners doing it tough, listen to the podcast of Neil Johnson’s conversation with Warwick Marsh and Dave Jackson below.

Image via Commonwealth of Australia, Bureau of Metorology