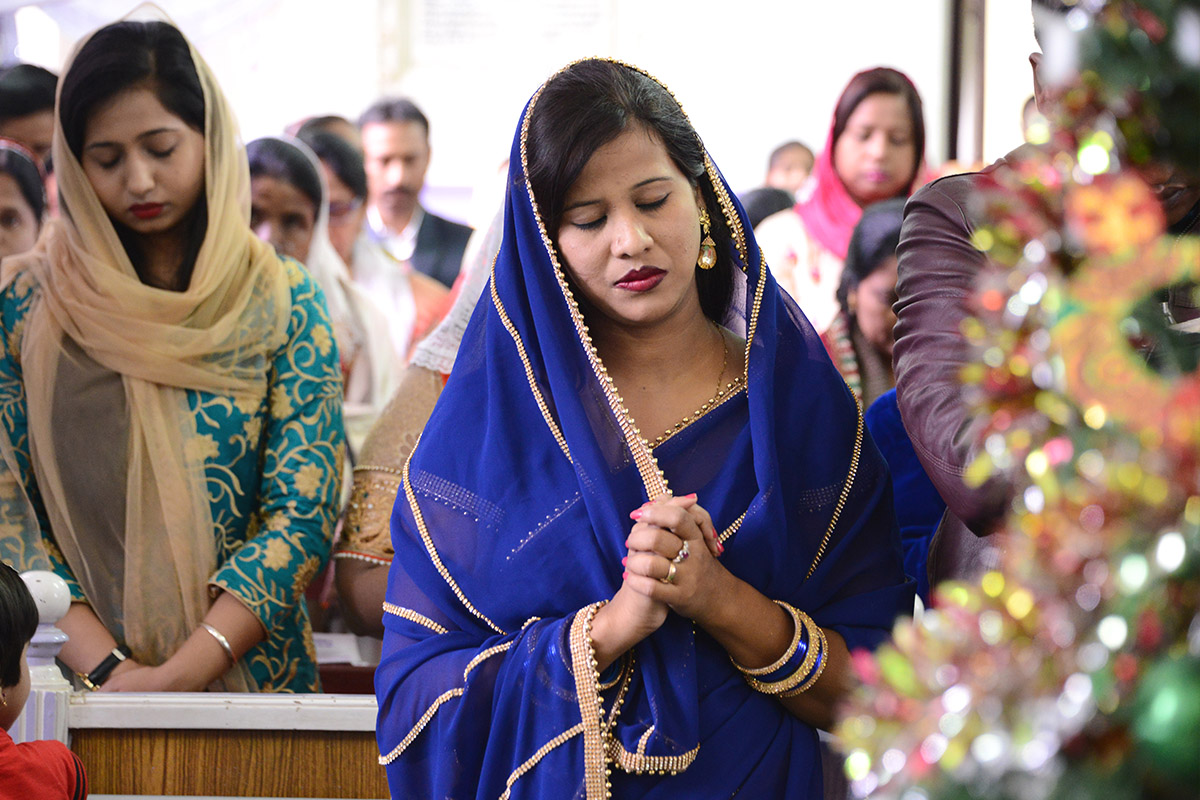 Imagine if Christmas was illegal. Here in Australia, we take our freedom for granted, even get irritated by omnipresent carols in every shop. But in five countries, celebrating the birth of Jesus is a crime. Instead of a joyful period , for many Christians this is the toughest time of year.

Open Doors Australia works with the persecuted Church in more than 70 countries. CEO Mike Gore is very aware that for Christians in many parts of the world, worship comes with a much higher cost than we’re used to. But he thinks there’s a lot we can learn from them this Christmas.

Talking to Neil Johnson on Vision’s 20Twenty program, Mike said that when North Korea banned Christmas, it showed how frightening it is even to a dictator with nearly unlimited powers. “It’s almost a way of Kim Jong Un saying hey, you know what? There’s power in the name of Jesus. You don’t want people celebrating it.”

Mike says that Christians face a variety of forms of persecution. “In some countries across Asia, it’ll be far more non-violent. It’ll be restriction from work and income, and being kicked out of families and homes.”

But in the Middle East and some communist countries, celebrating Christmas can cost you your life. Mike thinks people are becoming more aware that we can’t take our freedom for granted. The most viewed page on the Open Doors website is the World Watch List, which shows the top 50 dangerous places to be a Christian.

“It tells me that there’s a lot of people in Australia and New Zealand really interested in the changing nature of religious freedoms around the world,” he said.

One of the biggest shifts he’s seen in the last year is people becoming concerned about public professions of faith in Australia.

“Now people ask me, ‘Hey Mike, what can we learn from the persecuted Church? What’s happening? Is everything ok?’ And I think that’s one of the most beautiful sides of the ministry of Open Doors.”

He says Open Doors has two purposes, firstly to encourage the western Church to offer our prayer and finances to persecuted Christians in the East. But their experience also offers a challenge to our comfortable lives. “I believe the persecuted Church as we know it is the perfect spiritual mentor for us, because the reality is you cannot be living an authentic life with Jesus and not experience persecution.”

Mike says that ending persecution, even in the countries where they work, would actually be simple. “They just need only stop talking about Jesus. They need to stop meeting in community, and outworking the love of Jesus through a local Church.”

“The truth of it is, wherever the Gospel is being shared or outworked, persecution will naturally exist. It’s not always violent, some is non-violent. But it does mean that the people that we serve in the more than 70 countries that Open Doors works in are the perfect mentors, because they are people who in the face of rapidly changing religious freedoms have figured out how to remain courageously close to Jesus and boldly passionate for him. And so what we want to do is use their stories to equip us.”

And of course, they also want to give Christians the strength to stand-up for their faith. That’s where our prayers and our donations make a massive difference. “Time and time again, when I’m met with pastors and persecuted believers, they say hey, the fact that you know about us, the fact that you’ll pray for us, is such an encouragement for us to keep going.”

Open Doors has created a great way for us to let our brothers and sisters in the Body of Christ know they’re not alone this Christmas. Their Gifts of Hope catalogue offers a variety of ways to provide practical and spiritual support to those who need it most. “Whether it’s $7 or $1000,” Mike said, “you’re having a tangible impact in the life of a persecuted Christian.”

Check out the Open Doors Gifts of Hope catalogue, to see how you can make Christmas a little merrier for the people who are risking everything to celebrate it.

“Cancel culture has firmly taken root in Glasgow which is indicative of the dangerous and deeply intolerant times we...
×