Could the Escalating Violence in Israel Lead to War? 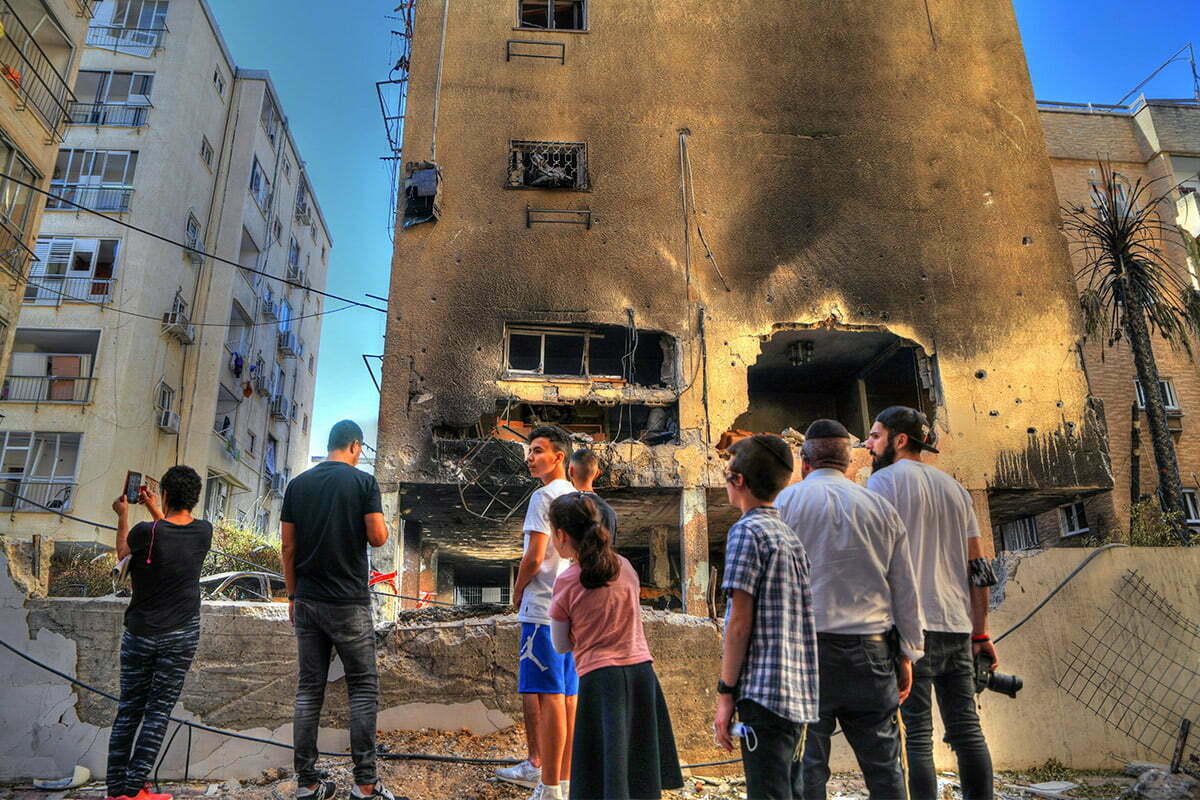 It’s been all over the news. Violence has erupted in Israel and there are fears there could be an escalation into an all-out war. Riots on the Temple Mount earlier this week have been blamed as a trigger for more than a thousand rockets from Gaza, raining terror on the nation of Israel. Because the Iron Dome anti-missile system reportedly intercepted many of them, there have been Arabs rioting and street violence, and there are fears of an internal civil war in Israel.

Hamas, the Islamic militant group that controls Gaza, has launched thousands of rockets towards Israel. And in retaliation Israel’s army has taken out more than a thousand militant targets in Gaza. The latest reports are that ground troops are moving into the Gaza strip. The numbers of deaths and casualties have been climbing each day on both sides.

As is usually the case with conflict involving Israel, there is a battle not only on the ground and in the air, but a global battle rages in what we might call propaganda. War news reports are often contradictory, usually portraying Israel as the aggressor and the Palestinians as the victims. So how do Christians process the conflict in light of our ethics and our understanding of Biblical prophecy?

Well, we’re looking to make some sense of these developments with Dr. Kameel Majdali, who leads Teach All Nations. You’ll know Kameel from our weekday segments called Faith in the Future, and also from the Understanding The Times Tours around Australia.

Kameel identifies himself as an Arab American. “I was born and raised in the United States, but instead of having European heritage, my heritage is Arab,” he says. “After coming to Christ and giving myself for mission, I waited on God. I went to the Middle East at the age of 21, and then eventually to Israel itself, where I stayed in Jerusalem. I ended up studying, doing a Master’s degree as well as meeting my wife.”

“You know we think of Israel and the Middle East as being war torn all the time. When they have wars, they are short and savage. But lot of the time it’s an amazing part of the world.”

Kameel believes that it’s the savage menace of the conflict that continues to be a concern. “It’s always the concern that neighbors and friends could turn into furious enemies seemingly overnight. One of the provocative situations has to do with Arabs in East Jerusalem, attacking Jews, having it filmed, and then having the video being shown on official Palestinian TV. These are people who are not necessarily random strangers, but neighbours.”

Kameel continues that the triggers for this current conflict are different than in the past. “This time it’s different because there has been conflict with Hamas and Israel for many years. Remember that in 2015, the Obama administration made a nuclear deal with Iran, and one of the benefits for Iran was the releasing of cash. Today Hamas is very well armed. Iran not only provides the cash, they provide the weapons and they provide the training.”

Kameel says that the United States also plays a crucial role in the conflict. “After only four months, we have seen the Biden Administration restore funding to the Palestinians. They’re reaching out to Iran.  And we’re seeing a withdrawal from Afghanistan as well as conflict with Israel and Palestine. It doesn’t take long for things to change.”

Part of what Kameel teaches is also about the last days and prophecy. “Prophecy is a light that shines in a dark place. The Bible clearly talks about an entity called Israel. Israel is mentioned over 2,500 times in scripture. So it’s is a key player in prophetic utterances. I do also draw a bit from the book of Zechariah, that in the last days Judah and Jerusalem will be the centerpiece of international attention.”

“I believe we are not just talking about the hand of Iran in this, we’re talking about the hand of spiritual forces and principalities and powers,” continues Kameel.  “Just read Ephesians 6 for more insight on that one. Even if the people involved the Israeli’s, and others may not be aware of all that’s going on, the forces of darkness know that God wants to send his King and establish his Kingdom.”

“But God says, I’ve set my King on my Holy Hill of Zion. We believe that Jesus Christ is coming back. He’s coming to reign on earth. He’s going to reign from David’s throne. That’s why Jerusalem is so much a centerpiece of interest and controversy and conflict to this very day. Hamas wants to defend Jerusalem, but they’re sending rockets to Jerusalem. And one third of the population of Jerusalem is Arab. So that’s something to consider as well.”

Kameel believes the culture war as well as the conflict in the Middle East has a very potent spiritual dimension. “Only Christians putting on the whole armor of God, being spiritually discerning, knowing what the Word of God says, are in a position to do something about it. It’s called spiritual warfare, and we have an invaluable role to play.”

If you would like to learn more about the current conflict in Israel, listen below to hear to the rest of Neil’s fascinating discussion with Dr. Kameel…

How do you feel about money? Some people love it, some hate it, and some are fearful of it. But what is money? Does it even exist? Dr Natanael Costea is a pastor, a speaker, and an emotional intelligence coach. He joined Neil Johnson on 20Twenty to discuss the spiritual aspects of money and the principles he learned from his Jewish heritage about the blessings God pours on those who invest in His Kingdom.

What is the role of wealth creation in transforming our world? We know that Jesus said this is one of the things at the heart of what it means to be a Christian. We have to have our financial priorities in place. But how do we actually go about creating wealth?