A Soldier’s Guide to Preparing For the End Times 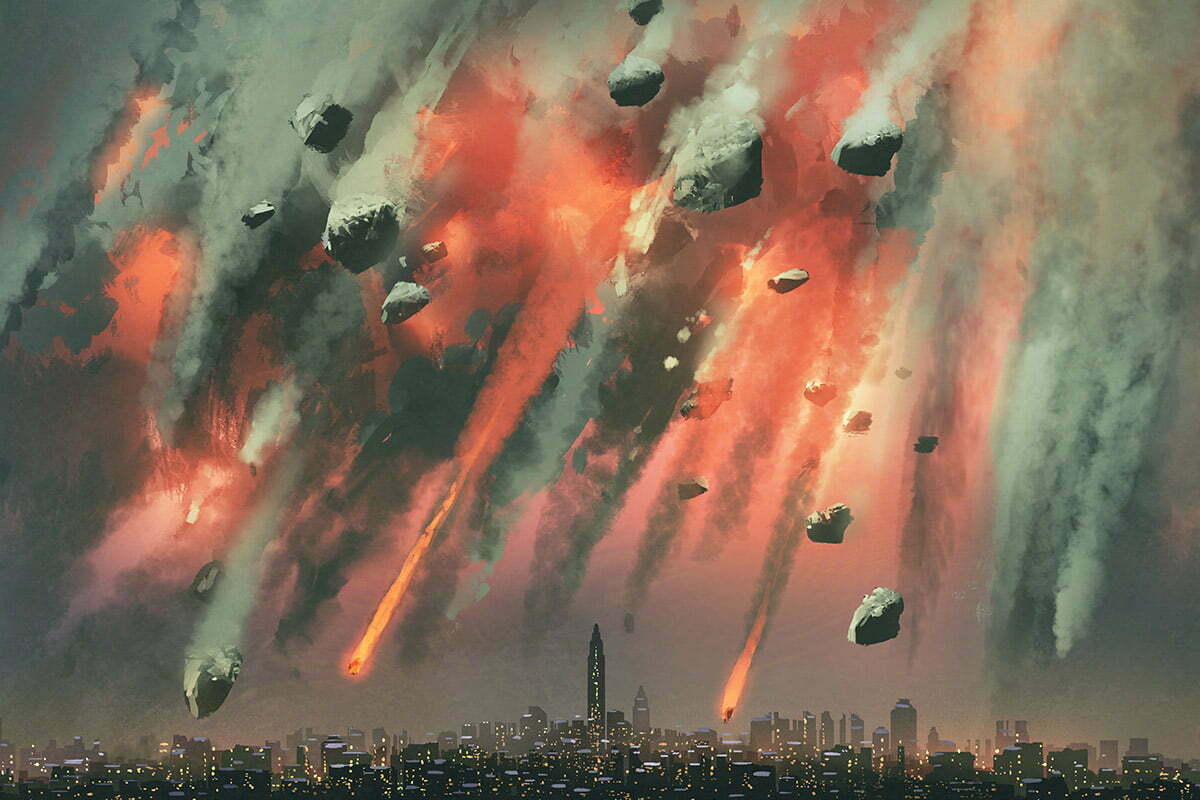 Bible prophecy suggests that as we approach the “end times”, the forces of good and evil will line up for battle. The words the Bible uses are deliberate, and they’re meant to direct us to live the way God wants. So what can today’s armies teach Christians about battle?

Former US chaplain Col. David Giammona has teamed up with Pulitzer nominated journalist Troy Anderson to tackle that question in an upcoming book, “The Military Guide to Armageddon”. Between them they interview more than 50 experts, including faith leaders and secular academics. All of them agreed that current world events seem to threaten the end of human civilisation. Using Biblical and military principles, Giamonna and Anderson have created a training manual for the last days.

In his 32 years of military service, Col. Giammona has been responsible for more than a thousand chaplains around the world, been on three tours of combat duty, and spent four years working at the Pentagon. He’s also considered an end times expert, overseeing the Warrior Refuge in the US. He says we’re about to face the most difficult days in the history of mankind.

In Matthew Chapter 24, Jesus tells His disciples that before His return, the world will experience something akin to birth pains. “We’re experiencing those pains right now,” he said. “And there may be a calm period between more pains, but as the Lord’s coming comes closer, we’re going to experience more and more sharply the pains of childbirth, as He told us 2000 years ago.”

Troy Anderson says that for decades now, the Church seems to have been “asleep at the wheel” when it comes to teaching about end times. Research shows that eight in ten evangelical Christians, and nine in ten Pastors, believe current events show Biblical prophecies being fulfilled. “And yet the vast majority of Churches, at least here in the United States, don’t teach on Bible prophecy, don’t teach on the end times, and largely try to avoid most controversial subjects.”

According to Giammona, the number one priority of any army in the world is preparation. “If you’re not equipped, if you’re not trained, if you’re not ready to face the enemy, you’re going to lose. And so when I went into the conflicts that I’ve been into with soldiers, they were physically ready, and they were mentally prepared. But spiritually they saw things that they were not ready to see. Death. Destruction. Their buddies being killed.”

“And so this did a real spiritual number on some of our great soldiers. And they came back almost disappointed that God didn’t do more for them. And as I saw that, that’s really where the heart of the book came. And I talked to the Lord. I said Lord, what do I do? How do I help people, especially in these end times? Because they’re not ready. The Church is not ready.”

“Prepare my army,” God replied. And from that, Giammona understood he had to help Christians see themselves as soldiers. As Neil Johnson pointed out, many of us, alarmed by the idea of “wars and rumours of wars”, probably hope we could find safe ground if such things happened in our lifetime. But Giammona and Anderson agree this won’t be possible.

So what does an army do to get ready to fight? And what can we learn from that? “It gets ready by making sure we have enough ammo, food, communication,” Col. Giammona said. “Everything has to be set in order, in order to go into the battle with the enemy.”

In their conversation with 20Twenty’s Neil Johnson, Giammona and Anderson give a lot more detail about what the military approach can teach Christians and Churches about the times ahead. Listen to the podcast below to learn about the more than 90 battles mentioned in the Bible, and how even though all this warlike language can be confronting, we should be encouraged by the way God wants to arm and armour us against Satan.

Pastor David Drage is walking\ 14,500 kilometres around Australia, bringing a message of hope and encouragement to...
20Twenty

The Dangers of Alcohol During Pregnancy

Drug and alcohol abuse is on the rise, and one extreme downside of alcohol consumption is drinking during pregnancy....
20Twenty

Many people have assumed that the Christchurch gunman has extremist right wing views, but that couldn’t be...
20Twenty

With so many lockdowns happening around the country, it’s easy to think that the work of the Church just stops. But in...
20Twenty

What Church Leaders can Learn from Entrepreneurs

Around the world, there are some amazing Kingdom focuses initiatives that have been birthed for Christians in business...
×
×