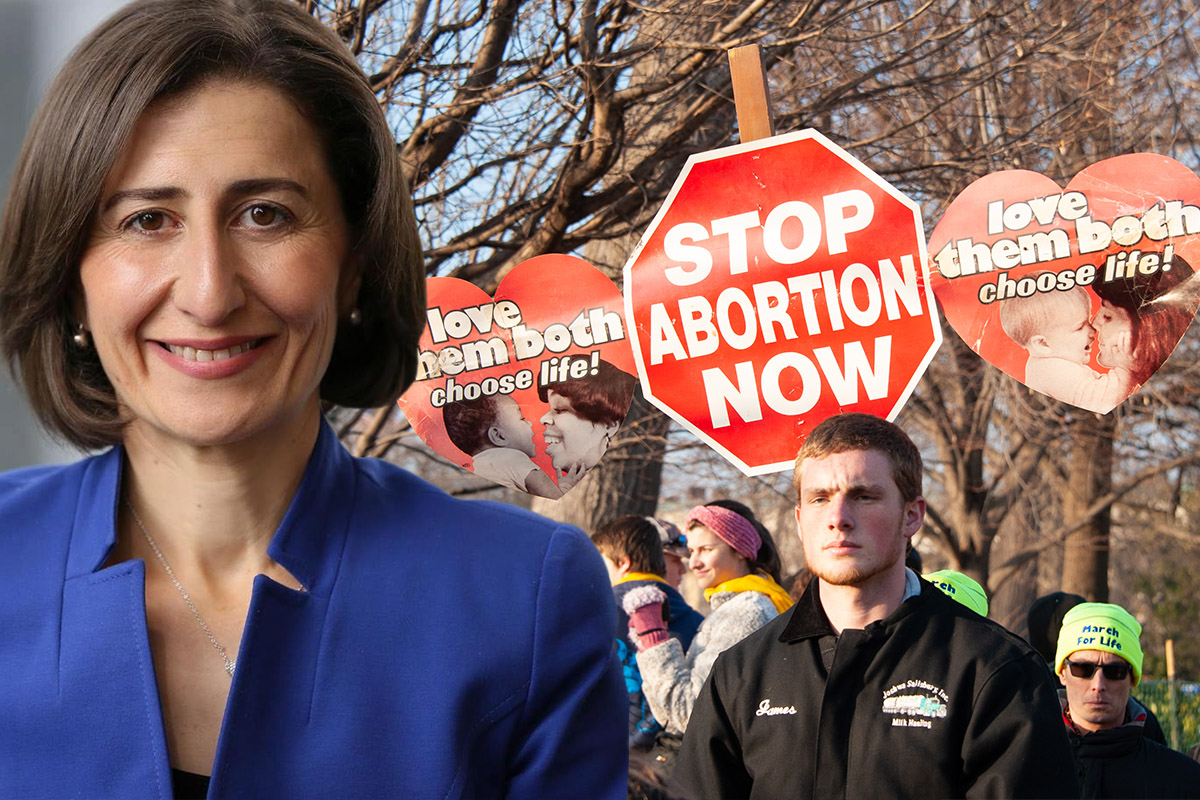 Pro-life Liberal MPs have this morning backed down on a threat they made yesterday to bring a spill motion against Premier Gladys Berejiklian.

The leadership crisis has come over her handling of the Abortion Decriminalisation Bill, which is due to be debated in the Upper House of New South Wales starting today. This Bill would allow for abortion on demand up to birth, for nearly any reason, including sex selection.

So, just who are those courageous defenders of the unborn? Tanya Davies, Lou Amato and Matthew Mason-Cox. The MPs didn’t have enough support to oust the Premier, but there are reports that there has been some concessions made by the Gladys Berejiklian.

The Christian Democratic Party has been outspoken for decades on why it is so important for local voters to stand up for the rights of unborn children, who can’t yet speak for themselves.

“What’s happening is quite disastrous for the Liberal Party and the National Party. Members of the National Party are supporting the Bill, which many of us would find surprising, but not if you look at their recent [voting] history.”

“Many members of the Liberal Party, while some of them would support the Bill, are most concerned with the process that took place here. There’s just no way, going into an election, that the Liberal Party in government were not aware that this was going to be an agenda item.”

“It’s not only the Bill that concerns most of us, but the process as well. This could well be the Premier’s ‘watergate’, not today, not tomorrow but in months to come. I don’t wish that upon her. She’s been quite consultive, but here she’s playing to the choir and I think she’s in dire straits.”

Was this all a stunt so that the public could finally see which of their MPs are pro-life, and which ones would support extreme abortion laws? Continue listening to Neil and Ross’ conversation in the podcast below.

With the country focused on the upcoming federal election, the ACL has been highlighting MP’s who crossed the floor on...
20Twenty

How did life start? Many scientists now believe that the discovery of amino acids on the Ryugu asteroid may explain...
20Twenty

How Radio Home Groups are reaching Christians in Persecuted Nations

Have you ever wondered how persecuted Christians connect with others and grow in their faith? One method that has...
20Twenty

Israel Behind the Headlines

Major developments are unfolding before our eyes in Europe. What’s happening with Ukraine has ramifications for us...
×
×