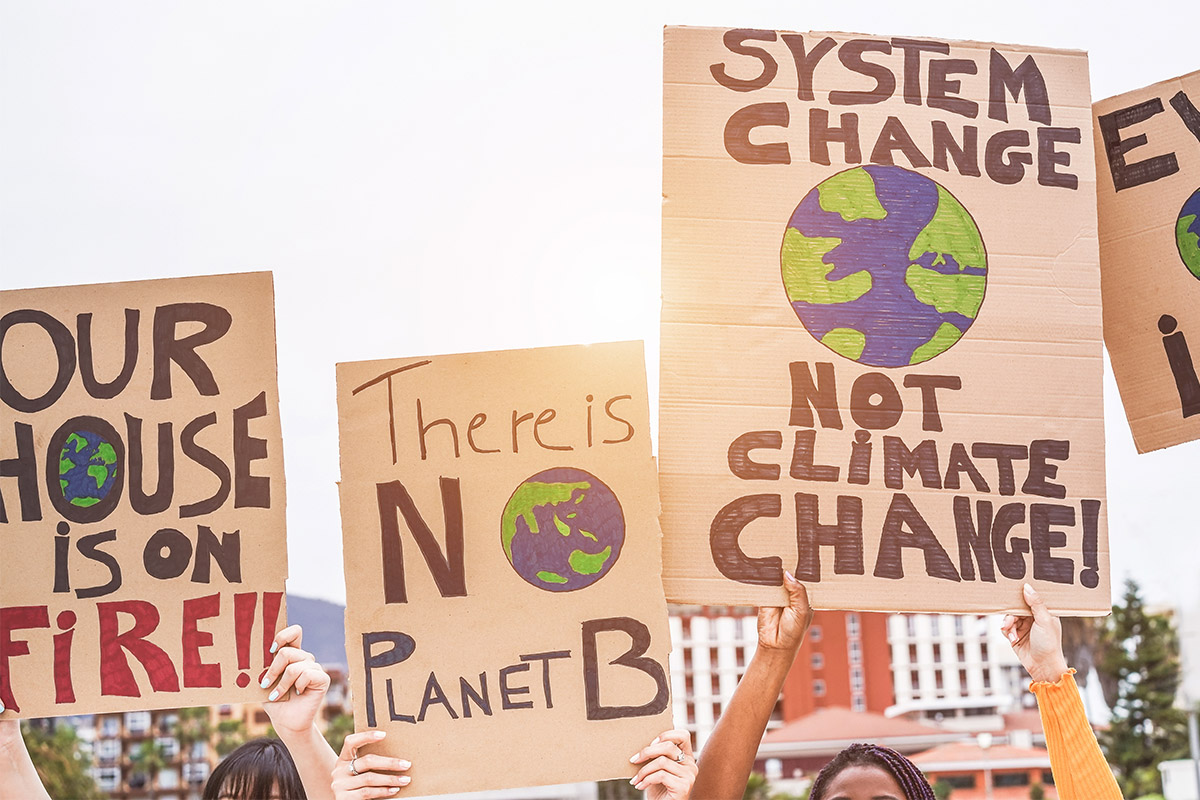 If you’ve been watching the news at all lately, you’ll have probably come across the emotive speech at the United Nations Climate Action Summit by teenaged Swedish activist Greta Thunberg. For many, Greta embodies the extreme climate anxiety gripping many of our young people today.

Bill Muehlenberg of Culture Watch says that despite not being a climate authority, Thunberg is being treated like a rock star or “green messiah” by the Left.  He has been covering her rapid rise to prominence with growing concern.

Talking on Vision’s 20Twenty program, Muehlenberg said that using children to argue for a cause isn’t a new tactic. “The communists certainly made use of that. Even the Nazis were quite good at harnessing children to become their spokespersons if you will. Nobody wants to argue with a child obviously, so it’s hard to say no.”

Thunberg is gaining so much attention partly because she seems to be the voice of her generation. “We already have studies showing that a lot of young people, schoolchildren and others are filled with climate anxiety. They’re all upset and worried. They think the world’s coming to an end.”

But Muehlenberg remembers a different era of climate alarmism, when the cover of Time Magazine heralded an imminent ice age. When data didn’t support the more recent global warming theory, experts settled on the more generic climate change. “For as long as we’ve had a planet,” he said, “we’ve been told the end is near.”

Muehlenberg believes a key part of Greta’s message reveals the true purpose of climate alarmism. Greta says that we have eleven years to stop the progress of climate change. To save the world, we’ll need to make massive social and economic changes. And the only way that such changes are possible is through state control.

“This is all stuff the radical left has been saying for years. Greta is fully on board with this, having picked it up from her leftist parents and others. And so what this is a call for is not to save the planet. This is a call for the state to have, really, total control over every aspect of life.”

So without becoming scientists ourselves, how can we work out what’s really going on with the weather?

Muehlenberg says we have to be good stewards of God’s creation, but as Romans Chapter 1 warns us, we shouldn’t worship the creation over the Creator. Ultimately, as Christians, we believe God is in control, and only he knows when Christ will return.

“In the meantime,” he said, “things will continue. We try to be wise and careful in our stewardship, but we don’t allow the alarmists, who have really come into a whole new religion, to try to effectively give away everything we now enjoy, including our freedoms, and our religious freedom, so that we can get an even more powerful state government deciding how we live, what we do, what we buy, what we sell.”

In his guest appearance on 20Twenty, Bill Muehlenberg spoke more about how some Christian groups are getting side-tracked by the climate cause. He also discussed his fears for Greta Thunberg’s health and safety, and the moral implications of using a vulnerable teen with health issues as an ambassador. For all that and more, listen to his conversation with Neil Johnson below.

The Risk of Woke Christian Publishers

Where can you find good Christian books? Many of us turn to Christian publishers, yet the majority of them are now...
20Twenty

Is Fear of Covid-19 Creating a Surveillance State?

Bill Muehlenberg says we need to be vigilant about the government surveillance and policing measures introduced to...
20Twenty

The Dangers of Alcohol During Pregnancy

Drug and alcohol abuse is on the rise, and one extreme downside of alcohol consumption is drinking during pregnancy....
20Twenty

In the globalist sense, The Great Reset refers to persuading individuals to join the vision of certain politicians and...
20Twenty

Reflecting Christ When Letting Staff Go During the Coronavirus

This week Darren Laudenbach had to let forty of his restaurant staff go, but he shares how he did it in a loving and...
×
×