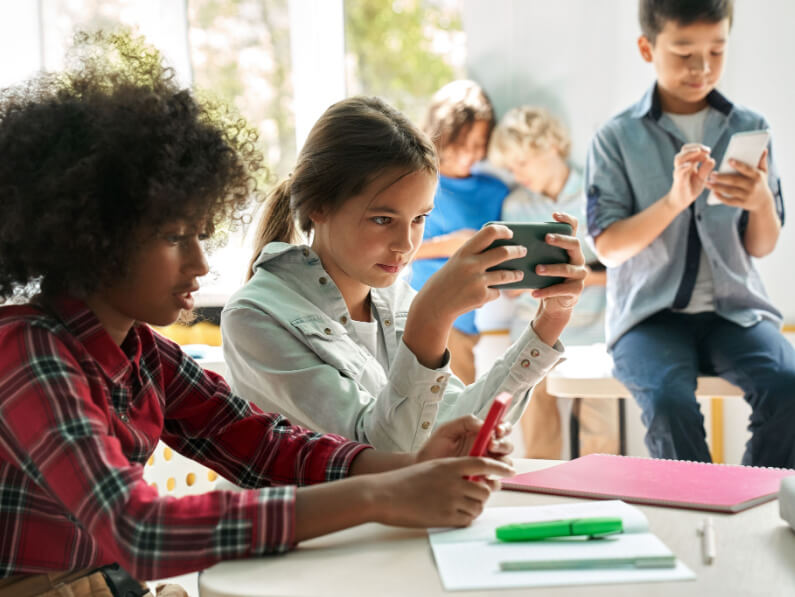 When it comes to our kids, mobile phones can be both a great blessing and a bit of a curse. Schools are just beginning to outlaw them, and not everyone agrees with the decision. But Focus on the Family’s Brett Ryan thinks it’s long past time to look at how phones are used in the classroom.

Children are not to blame for the digital age we currently live in. Their whole childhood has been spent immersed in technology, and parents must accept responsibility for enabling this to happen. Many now claim that they should have set stronger limits or postponed giving their kids their first phones until they were older.

The Dangers of Overusing Technology

‘Technology is a great babysitter,’ says Brett. ‘It keeps kids entertained and engaged and gets them out of our hair. But unfortunately, this has led to many children becoming more connected to their devices rather than to other human beings. Sadly it’s not just kids, it’s adults as well.’

Parents need to acknowledge technology as something attractive that releases endorphins, dopamine and serotonin in our brains. It gives us a high, and then we need more of it to keep that high. That’s the reason why it becomes so addictive.

Recently, the notion of banning mobile phones in schools has gained some popularity since it is still seen as a fresh concept. Yet there are many schools only advising students to leave their phones in their lockers while in class. But if a student is caught with their phone, they run the risk of it being confiscated.

‘They actually discovered that the kids were relationally connecting and talking with one another,’ says Brett. ‘Funny enough, if everyone is without their phones, then you don’t have those same behavioural issues. It would seem to be a good result.’

While getting kids off devices is clearly beneficial, it’s easier said than done. It starts at home, and as parents, we need to role model how we are on our own devices. Do we have a technology-free zone? There are a whole variety of things that we can do to implement that.

‘We don’t have to be connected to digital devices all the time,’ says Brett. ‘We can set family guidelines and boundaries, and explain the reasons why. We should include kids in the decision-making process as well because they’re more likely to follow it through if they’ve had a chance to have a say.’

Parents Must Lead by Example

Brett believes that leading by example is important, because if mum or dad have got a phone in their hand, telling the kids to put their phones down isn’t going to carry much weight. If we’re always on our phones, we may be there physically, but not emotionally and relationally.

‘I would have to encourage parents,’ says Brett, ‘if your child cannot control their consumption on an iPad, I wouldn’t be giving them a smartphone. You’re just asking for trouble. They have to be responsible and mature enough to turn it off when they need to.’

The average length of time a child will spend in front of their screen per day is about nine and a half hours. That includes education and homework, but also entertainment and socialising. The reality is many kids are going to be on their devices all the time.

‘We need to actually put some rules and boundaries in place,’ says Brett. ‘For example, the kids not having devices in their rooms. They have to be in an open forum.’

‘These are things that I think every family needs to have an open discussion about.’

Follow this link for tips on leaving behind a God-honoring family legacy, and for more resources visit our Vision Store. 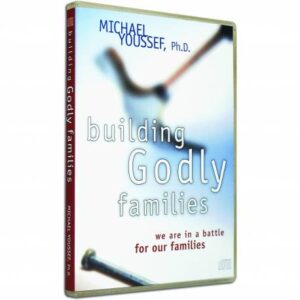 How do you raise a godly family? In Building Godly Families, Michael Youssef explains how to keep your family from drifting along with the culture. He exhorts Christian parents — and especially fathers — to assume their God-given responsibilities to provide leadership in their homes. A resource available from our Vision Store.