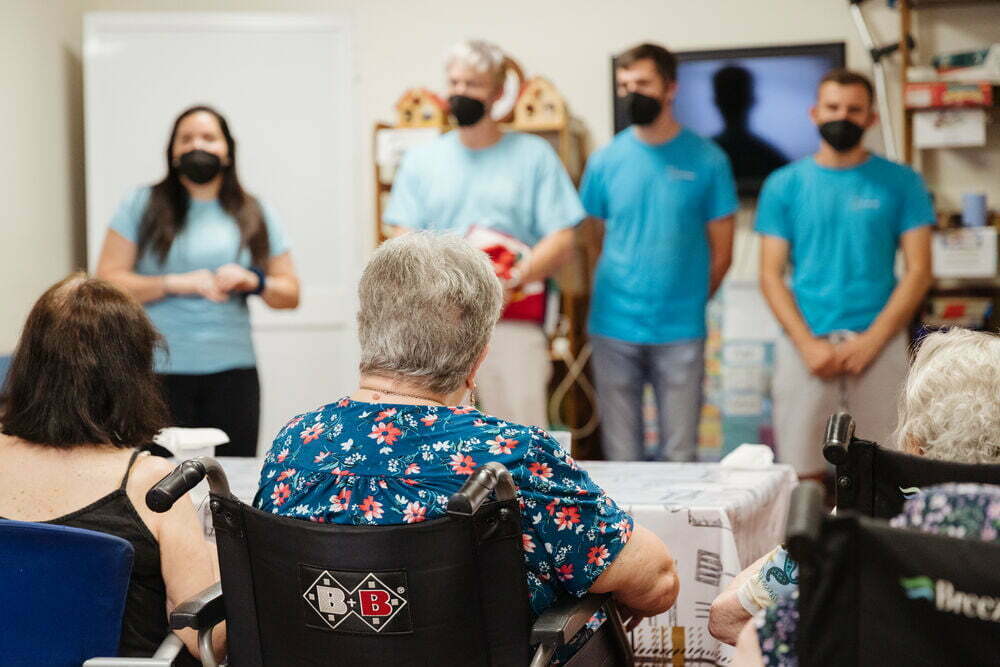 During the ship’s visit to Seville, crewmembers had the opportunity to visit different homes for the elderly in the city.

One of the greatest challenges older people face is coping with loneliness, perhaps through being widowed or having children living far away, and having a lot of free time, so Logos Hope teams were delighted to spend time with the elderly people.

In the “Residencia Virgen de Fatima” home for the elderly, crewmembers played a flag and nationality game in which the residents had to guess which person belongs to which flag. They sang worship songs, with guitar accompanying the vocals, and one crewmember shared that it is never too late to turn to God. The crewmembers also prayed with and for the residents. Before leaving, the played another game, which everyone enjoyed.

Oliver Rygaard (Denmark) explains, “We went to the elderly home to encourage and to share hope with the people living there. We wanted to show that youth and elderly can have a good time together.”  Their visit had a great impact, with one woman being so touched by listening to the crewmember’s story that she started to cry.

Social worker José David was pleased with the time, saying, “I know them and I could see on their faces how excited they were about the team that came to visit them!”

One resident confirmed: “I really admire the work the young people are doing and I loved playing bingo!”

Oliver says, “Our visit hopefully was a reminder and a reflection of who God’s love.” They should feel that they aren’t forgotten. Seeing the people there enjoying having us was definitely my highlight in the port of Seville!”

Who would be glad to receive a visit from you?