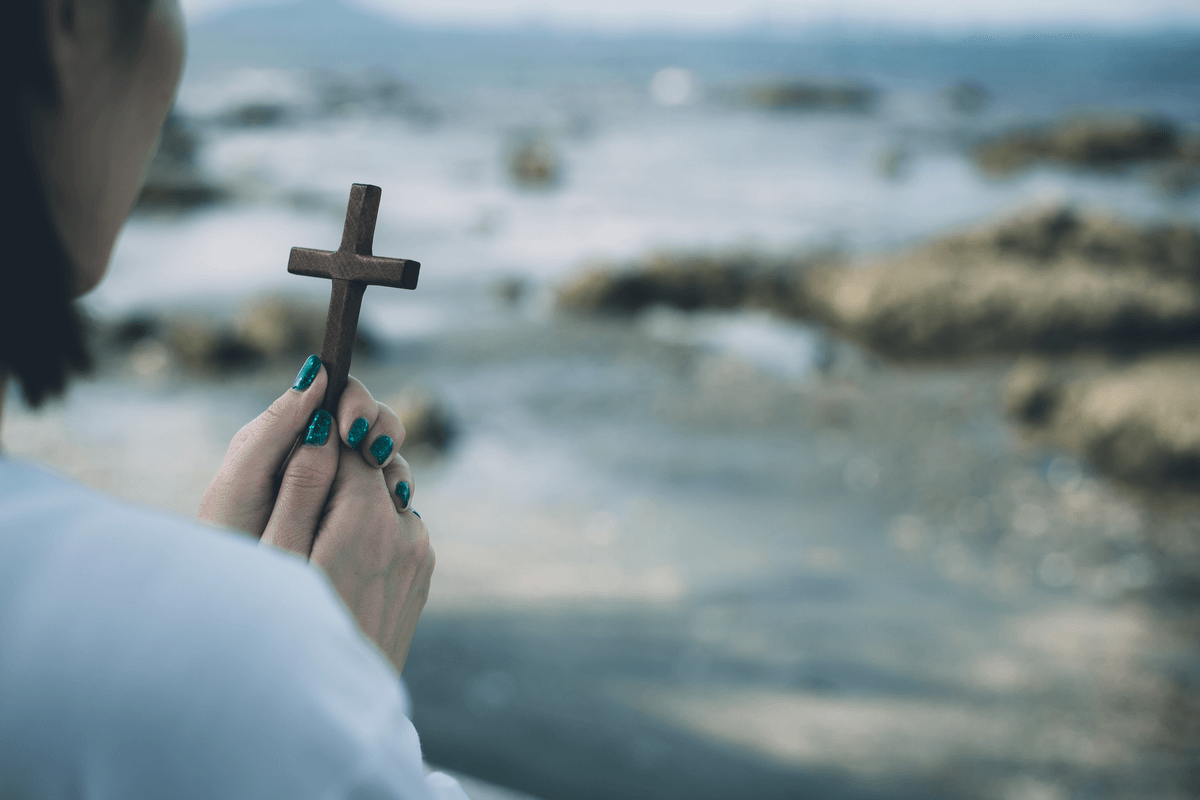 God speaks to us in some surprising ways. He can use just about anything to get our attention, even Netflix! I was watching a crime series recently that I really enjoyed, but this particular episode focused more on the main characters’ relationship rather than the usual storyline.

The couple in question (Neal and Sarah) had broken up and then gotten back together, and Neal described their relationship status as fragile. But it was what Sarah said next that really spoke to me. ‘Just because it’s fragile doesn’t mean it’s going to break. It just means it will take a little more effort to protect it.’

Isn’t that a great line? I think it’s the best explanation of the word fragile I’ve ever heard. Maybe one of the reasons it spoke to me so clearly is because I often feel so fragile myself. There are days when it’s hard to get out of bed and face the world. Days when I feel teary for no reason, when the slightest little thing can send me spiralling.

I think many of us equate the idea of being fragile with being weak. But nothing could be further from the truth. In fact, I’ve come to think that admitting to having a hard day and not hiding from my emotions is actually the braver thing to do! Being honest about how we feel gives others permission to do the same.

We have all suffered the effects of the past two years in some way. It’s left us feeling a bit lost, and the lack of certainty is tough to deal with. It’s perfectly ok to grieve the loss of ‘normal’. But many of us were carrying wounds long before the pandemic, and the increased pressure has exacerbated everything.

If you’re feeling overwhelmed by a life out of control, it’s a relief to have an excuse to stay home and not see anyone. That was true for me. Instead of taking charge of my life, I was happy to have an excuse to evade responsibility for things I needed to change. But that is only a temporary fix.

I felt fragile all the time. My experiences triggered something in me; a pain that I had been carrying long before the pandemic. God gently reminded me that perhaps there were things associated with this that I still needed to deal with. The problem was I didn’t want to. All I wanted was to put it all behind me and move on.

Unfortunately for me, I hit the wall instead. I had spent so much time making sure that everyone else was ok that in the process I had forgotten about myself. I had done the work for my family, and now I would have to do it for me. It was difficult, and yes I resisted at first. But the unexpected blessing from God was that even though I felt exceptionally fragile, I didn’t break.

I’ve also learned the power of sharing my story. If we keep our pain to ourselves, God can never use it to help anyone else. Being vulnerable with people is daunting, but it’s a necessary part of healing. Using our stories to minister to others is one of the best ways to sow a seed that will also reap a harvest in our own lives.

Psalm 37 tells us to “trust in the Lord and do good”. It might sound simple, but it’s certainly not easy. I have had many moments when I felt so fragile that I wasn’t sure I could do anything! But somehow it’s in those moments that God feels the closest. If we can share what we are going through, God’s redemption soothes us, and healing can begin.

Are you willing to take the risk and allow God to minister to your own fragile heart?

“I feel that we are not far off losing our religious protections. Who knows what will be next?” – Terri...
A New Beginning, Articles, Greg Laurie

Do You Feel Trapped?

The Devil knows where he’s ultimately going. And he would like to drag as many people there with him as he possibly...
Articles, Kameel Majdali, Queen Elizabeth II

By Kameel Majdali In honour of the Queen’s Platinum Jubilee, we are offering a three-part ‘Crown Chronicles. Last...
Testimonies

An Australian surgeon accompanied by his wife, has spent the best part of the last thirteen years treating patients in...
Perspective, Testimonies

From Child Abuse to a Life of Hope

The winner of this year’s Australian Christian book of the year is author Jane Dowling who has written a first-hand...
×
×