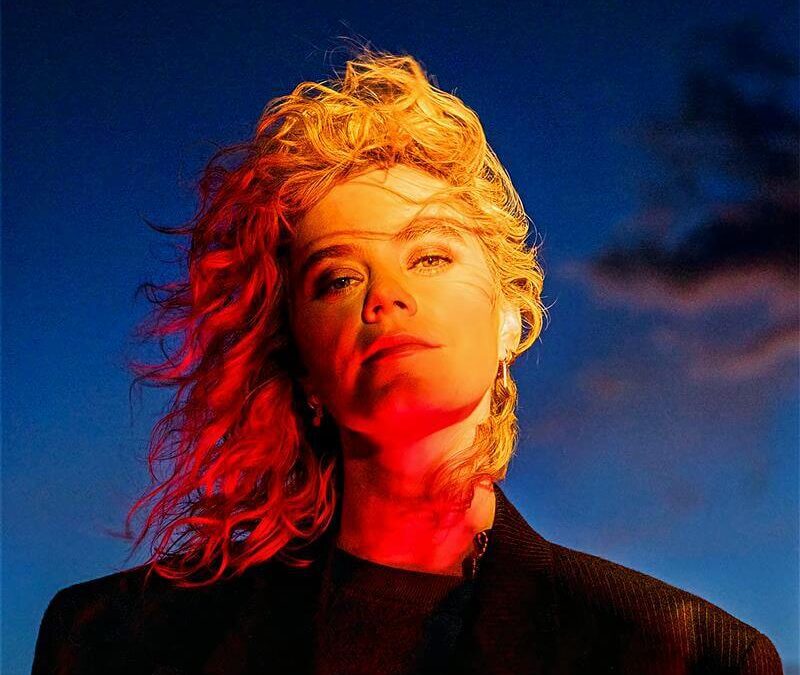 Taya Gaukrodger was a youth group leader before embarking on a music career in the early 2010s as a Hillsong United singer. She rose to prominence after singing on the song “Oceans” (Where Feet May Fail) and has just released “For All My Life,” her debut single as a solo artist.

“When you say yes to Jesus, it’s not a one-time thing,” she says. “And my husband has been such a gift during this whole process. This new album we’ve been working on is ours, and God gave us creative stewardship over it. We have no idea how He’s going to use it, but that’s His domain.”

Taya says she is so grateful to God because people are so open to Christian music right now. And even though she doesn’t have kids yet, she’s prepared for the juggle. She knows it will be a continual trusting in the Lord through different seasons that will require different things.

“I’m thankful that people are modelling how to be a mum with the call of God on their lives,” says Taya. “I had a stay-at-home mum, and what I didn’t see modelled was a woman going after the passion that God had put in her. But I’m so grateful for everything mum sacrificed for us, and for how much we were loved.”

Taya says that the parable of the talents in the New Testament helped her overcome her fear of going solo. “I felt like I was that person who had buried the talent and was afraid,” says Taya.  “Nothing was promised on the other side of this album. I had to be obedient and I cried out to God.”

Soon after Taya began working on her album, the world essentially shut down. She admits she was concerned about collaborating over Zoom. “The way that God works is amazing, and it’s better than our most excellently laid plan. Yet it’s never in our own timing or the way we think it should be.”

Taya’s track, ‘All Eyes on You’ was written after a conference she attended. “That conference was the first opportunity I had to lead worship at a different church,” she says. “A beautiful, humble Pastor wanted to help young worship leaders understand who it was that they were actually worshipping.”

Taya loved the Pastor’s message about a snapshot of heaven. “He said that what Jesus had done on the earth changed a moment in heaven. He correlated Isaiah with Revelation, and it was the description of the creatures flying around, not allowed to look upon the throne that struck me.”

The Beauty of Worship

“But in Revelation it has the exact same description of these creatures,” says Taya. “But in the throne room are 24 elders. Which means that after Jesus’s death and resurrection, He invited them in to worship. They were allowed to behold the beauty of the Lord and worship Him and stand in his presence.”

Taya believes the Lord is the same yesterday, today and forever. He’s still just as holy, and He’s an invitational God. But sometimes we become complacent and forget that.

“He’s let us come in,” says Taya. “My prayer for this song, and for the whole album, is that it would encourage people to lean in more to Jesus.”

View our range of Christian Music at the Vision Store.