How Does Wokeism Influence Our Society? – Dr Kameel Majdali 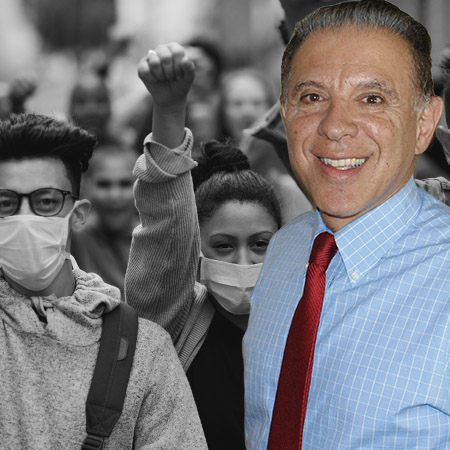 Many of us are familiar with the term ‘woke’. It’s also sometimes referred to as ‘wokeism’ or ‘wokery’. It’s easy to recognise, but harder to define. So what is wokery? It’s a person who suddenly wakes up to left-wing, social justice causes.

Dr Kameel Majdali from Understanding the Times believes God gave us the rights to life, liberty and the pursuit of happiness. But is the culture war challenging those freedoms? The new urban dictionary defines wokeism as ‘the act of being pretentious about how much you care about social justice issues.’ But how does wokeism influence our society?

‘Whites especially go woke lecturing other whites about being white,’ says Kameel. ‘They obsess about race, gender, colour, sexual orientation, climate and Middle East politics. It can be arrogant and obnoxious.’

‘There is a book out called Woke Inc By Vivek Ramaswamy,’ says Kameel. ‘He’s an American of Indian background. Vivek believes most of the corporations that have gone woke are not doing it out of any conviction. They’re doing it for bottom-line profit. We’re seeing anecdotal evidence that this could be the case.’

Hollywood has gone this way. The judiciary, the Democratic Party in the United States as well as left to centre parties and other Western countries. Of course, because they’re woke, they’re angry all the time and never smile. In many cases you can see and feel the hatred they have for their fellow citizens.

Kameel believes wokery actually cuts people off from their family, their faith and their nation. ‘It’s not just in mainstream society, but also in church circles. It puts guilt on white males especially.’

A classic example of wokery right now is the once beloved Prince Harry. Harry was one of the most popular Royals in the UK until he went woke. Then he was separated from his family, and his brother William, who’d been very supportive of him.

‘In addition, he was separated from his colleagues, his mates in the military, and other parts of society,’ Kameel explains. ‘Then he quit the country altogether. Royalty generally makes no comment on political and social issues. They are politically neutral. But since Prince Harry went woke, we have been subjected to lectures on the environment, and racism in the Commonwealth.’

That is a pretty incredible claim because the Commonwealth is not the same as the British empire. Although there is a connection, the Commonwealth is a voluntary association of 2.4 billion people from at least 50 different ethnicities. How on earth is such an entity racist? How is it that his grandmother Elizabeth II, the greatest decoloniser in history has successfully guided the Commonwealth?

The fifth commandment says, ‘honour your mother and your father so you will live long in the land that the Lord, your God gives you.’ That doesn’t mean you cannot deal with grievances, but you keep it in the family.

Remember the woke can be as privileged and wealthy as can be, but they are ever the victim.

‘Western civilisation offers border security because they want to be safe from invasion,’ says Kameel. ‘If offers economic security so you can work hard, take care of your family and live a good life. We have cultures, traditions and values that are imparted from Judeo Christianity and from normal Western liberal democracy.’

‘All these are now under threat by the cultural Marxism, and the ongoing culture war is creating a lot of insecurity.’

Check out more articles from Kameel by clicking the links below, and view our range of resources at the Vision Store.

Ninety per cent of couples today don’t do this, yet it’s the most important thing you can do.
20Twenty, Articles

There is a strong Christian push in this federal election, highlighting the inadequacies of policies on all sides....
Business

While only a couple of sectors of the economy have experienced dramatic changes over the last 30 years due to digital...
Articles, Treasury Project

This week’s memory verse is John 1:14 -The Word became flesh and made His dwelling among us. We have seen His...
The Word For Today, Work

Dilemma of an insecure leader: if others excel in doing a job, they fear looking bad. But they also fear that if they...
×
×