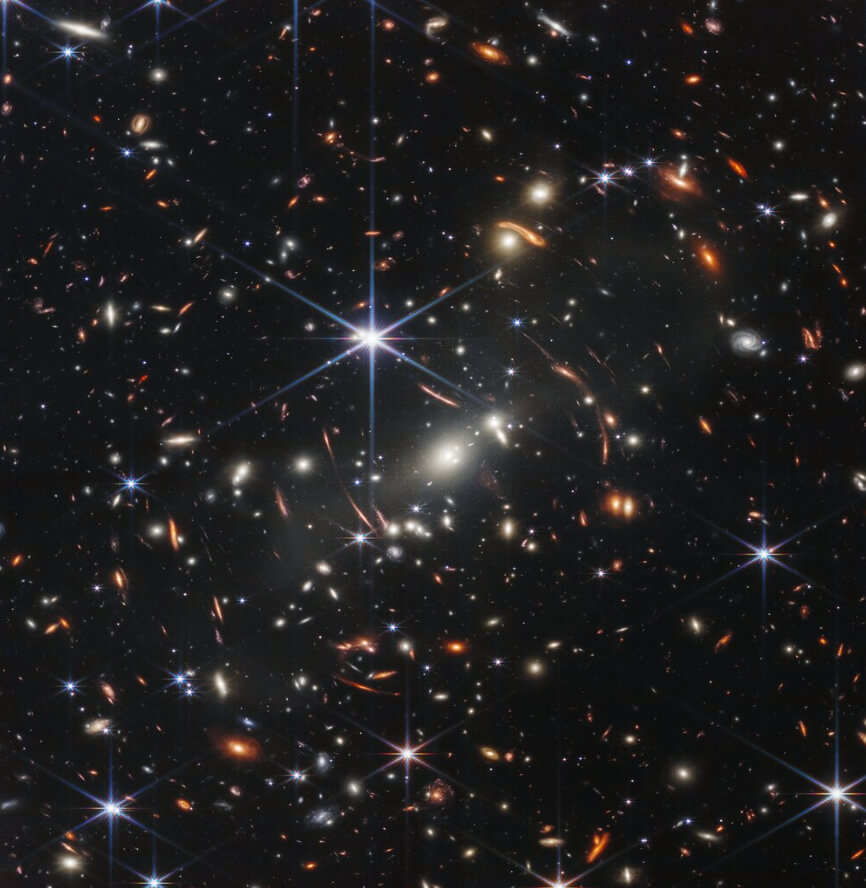 Have you taken time to enjoy some of the recent photos taken by the James Webb Space Telescope? It’s been described as the most ambitious deep space viewing tool ever assembled. It’s provided the clearest images of deep space ever, revealing countless galaxies and inspiring awe at the vastness of the cosmos.

Christians wonder at vast expanse of the universe, and how the biblical account of creation fits with the scope shown in these photos. Scot Devlin is a Geophysicist, speaker and writer for Creation Ministries. He joined us on 20Twenty to talk through the creationist perspective on the images of the universe.

According to Scot, the images tell us a lot about the distant universe, which is very interesting from a scientific standpoint. But when we read the Bible, in Psalm 19 we find that there’s a reason for space being so large. It says the heavens declare the glory of God. The photos show God’s glory and majesty.

‘Life here on Earth is totally unique,’ says Scot. ‘But the images we’re seeing are very beautiful to look at. God has made this incredible universe for us to observe. Looking at the science of how these structures were formed is just amazing. I believe that gives God more glory as we start to see the things that He’s done.’

Scot goes on to say that in terms of complexity, the images are vastly exceeded by a single cell that we would find here on earth. We realise how small we are compared to God and His majesty. We have a supernatural God that created the earth and put humans as the pinnacle of His creation.

“But we also have naturalistic assumptions,’ says Scot. ‘That’s what the big bang theory is. There was this infinitesimal point that contained all the energy and mass of the universe, and that exploded out. When we look at the distant universe using that naturalistic cosmology, we’re going to interpret the evidence differently.’

The James Webb Space Telescope is looking at the infra-red, which means it can look further than ever before. That means more distant galaxies are shifted to the red end of the electromagnetic spectrum. Of course, when we start to see the most distant objects, we find out that they are 12 or 13 billion light years away.

For Christians who have a biblical understanding of God’s creation, Scot believes all of the prospective discoveries from the James Webb Space Telescope actually help inform our perspective as biblical creationists. Some of the predictions are that we would see galaxies at greater distances than ever before.

‘One thing to watch out for as the results come in,’ says Scot, ‘is to remember that the big bang theory does not fit with very distant galaxies being observed.’

‘As Christians, that’s what’s really exciting about the James Webb Space Telescope. It’s going to show us that actually there’s galaxies that are too far away for the big bang theory to be correct.’

Listen to Scot’s full 20Twenty interview below, and view our range of Christian resources at the Vision Store.

Check out more articles about the James Webb Telescope:

Parenting, The Word For Today

Since there are no perfect people, there can be no perfect parents. So though you love your children dearly, at times...
Articles, Vision Today

Psalm 121:1 says in the King James, ‘I will lift up mine eyes unto the hills, from whence cometh my help.’...
20Twenty, Articles

The God Story Behind Hamilton Musical

It’s described as the most compelling musical of our time. But author Kevin Cloud says if you watch it without...
God's Promises, Patience, Spiritual Growth, The Word For Today

The life of Moses can be summed up in two words: ‘He persevered.’ He persevered despite the contempt of Pharaoh, the...
20Twenty, Articles, Business, Christian Living

Taking Risks vs Steps of Faith

There are two extremes when it comes to risk taking. Some of us are content to play it safe, while others have no...
×
×