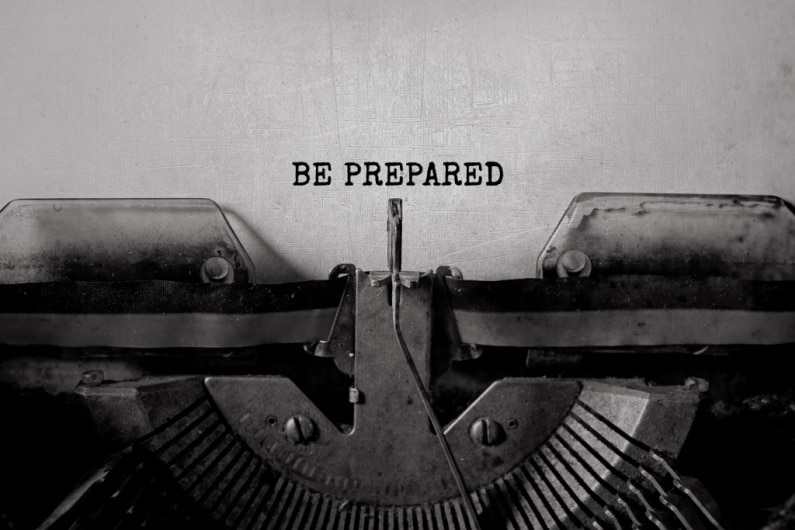 Dr Kameel Majdali, the founder of Teach all Nations (TAN) ministry, is an ordained minister of the Australian Christian Churches and has a PhD from the University of Melbourne. He served as the Principal of Harvest Bible College for 13 years, training and equipping people for full-time ministry. Kameel is a highly respected authority in biblical theology. He currently resides in the UK and travels all over the world preaching God’s Word. Kameel is in Australia for his Annual Understanding the Times national tour that will be presented from 9 September to 24 October 2022. He joined Neil Johnson, host of 20Twenty for a special live streamed event hosted at Vision’s studios. This article is inspired by one of the topics he discusses in his Understanding the Times tour.

The great shaking of the past two years has seen an explosion of change that is rattling the world to its core. We are all feeling the sting one way or the other.

China and Taiwan are on the brink of war, with China threatening to invade Taiwan. The conflict between Russia and Ukraine has impacted Europe, where there is now an energy crisis that has been made worse by their energy policies. These policies have not served them well, and they are now facing sky-high energy costs as winter approaches. Considering how brutal European winters are, there is legitimate cause for alarm.

Tensions Between Israel and Iran

Tensions between Israel and Iran are at a peak as the Iranian nuclear program is a growing threat of global concern. Despite the frequent danger, Israelis and, to some degree, their neighbours maintain an uncanny optimism. Considering that in the last 74 years, Israel has had around five major wars, they have accustomed themselves to living life as normally as possible. The Abraham Accords’ peace agreement with four Arab countries, set up by Donald Trump in October 2020, poses complications when it comes to retaliations.

In addition, countries like Saudi Arabia have reached out to Israel, offering cooperation in a de facto manner as a counterbalance to the Iranian menace. Although it sounds ironic that a Muslim entity would join forces with the Jewish state against another Muslim entity, the reason is that there has been a divide between Shia Muslims and Sunni Muslims since Islam’s inception in the seventh century A.D.

Not only can Iran cause a lot of trouble if it chooses to do so, Hezbollah, Lebanon’s Shia Islamist political party, has 130,000 missiles pointed toward Israel. Not only do they want Israel wiped off the map, but they are also claiming the gas fields in the Mediterranean are in Lebanese waters. Of course, Israel disagrees and is profiting from selling gas to Europe since Russia stopped exporting gas to Europe in retaliation against sanctions posed on them. The situation is complicated. Kameel believes the spiritually mature thing to do is to pray not just for the Israelis but for the Lebanese, the Syrians, the Iraqis, the Iranians and the Saudis, and especially for the peace of Jerusalem, as stated in Psalm 122:6.

On the economic side, there are food shortages, a supply chain crisis, a food production crisis and an export crisis. Inflation has seen skyrocketing prices, and interest rates keep climbing, which is bad news for people with mortgages. The United States is even talking of stagflation, a term used for a period of inflation followed by rising unemployment and a lack of growth in consumer demand and business activities.

‘If this happens in America, it will filter down the Pacific to Australia at some point. This is a concern, said Kameel. ‘But I believe God wants to move in the Earth today. I believe in the last days’ revival.’

Kameel points out the relevance of Acts 2:17-21 and other parts of Scripture where it says the Gospel will go forth into all the world and then the end shall come. ‘To me, the wise thing to do is to put the kingdom issues as the number one priority as it says in Matthew 6:33-34, and all your daily needs will be taken care of,’ said Kameel.

The temptation is to bury our heads in the sand and hope it all goes away. It’s crucial for Christians and churches to focus on what God is doing rather than what is occurring in the natural, which may be detrimental when faced with high living expenses and financial difficulties.

A crisis can often bring new opportunities. Christians have the Holy Spirit guiding them. This is a time of evangelism and encouraging real Christian discipleship to fulfil God’s will. It’s imperative for Christians to study their Bible so they are ready and not easily deceived.

‘Revival is starting to happen globally. The last thing you want to do is close your eyes and sleepwalk into the future,’ said Kameel. ‘You’re going to see things you may not like, but you will actually see the hand of God. And when you see the hand of God and the fact that God is here and God is near and God cares, it’s easy to start forgetting all the bad things because he’s so big and so wonderful.’

This article was inspired by Dr Kameel Majdali’s interview with Neil Johnson. Image supplied by Shutterstock.

To listen to Kameel’s full interview, click the link below. The topic of Can Crisis Bring New Opportunities? begins at 11.39 minutes into the full interview.