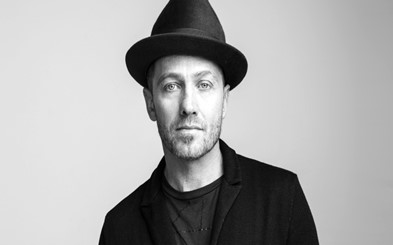 Toby McKeehan, best known by his stage name TobyMac, is an American rapper, singer, songwriter, and producer who specialises in contemporary Christian music. Toby began his career when he was just a teenager with the band DC Talk, and was with them for 13 years before launching his solo career.

After many years as a successful artist, tragedy struck the McKeehan family in 2019. Toby and his wife Amanda suffered the tragic loss of their son Truett, who was just 21 years old. It’s been a difficult journey for Toby to find inspiration to start making music again, and he has learned a lot from writing from a place of grief.

Life is a Journey

‘I’ve always written songs from my own life,’ says Toby. ‘And life had always been good, to be honest. It’s an amazing journey. I’d had some pain and some struggles, but nothing like this. I just continued to write songs out of my life and out of the things I was experiencing. But it’s just different now.’

Toby is aware of how his life has changed as a result of going through such a difficult experience. Though it takes time, he attributes returning to writing and producing music as something that keeps him going through the dark times that can still tear him and his family apart inside.

‘I didn’t really know what I was doing,’ Toby says. ‘I wrote the song 21 Years as a tribute to my son, not for my own grief. I wanted the world to know how amazing he was. Those 21 years were a gift from God that I got to keep. For 21 years God trusted me with him.’

As Toby started to write again, he thought he would never be able to produce another up-tempo song. He was so upset at God that he questioned everything, yet he still tried to trust God’s plan. But it wasn’t easy. All of the songs that Toby wrote at that time were slow and sad.

‘What I was beginning to learn is that although God doesn’t always take our pain away,’ says Toby, ‘He does promise to be there with us. And He was faithful to that for me. I was still reading my Bible every day because I’ve believed it my whole life. But I needed God to show me what I needed to see and know.’

It was in the book of Isaiah that Toby read the scripture, God is rolling up his sleeves. It struck him as a wonderful promise of what God is willing to do on our behalf. It inspired him to write the song, Help is on the Way, which wasn’t necessarily a joyful song, but it was up-tempo.

‘I actually started believing in my heart that help was on the way,’ says Toby. ‘The scripture through this song started ministering to me. A long few months later, I wrote Goodness, which is not only up-tempo but full of joy and hope.

Love Keeps No Record of Wrongs

Toby admits that while everything is not perfect in his life, he has experienced the goodness of God. Both before and after the passing of his son. For him, one of the most convicting lines in the Word is love keeps no record of wrongs. No matter what, there’s always room for reconciliation when love is present.

‘When I walk in to write a song or record an interview,’ Toby says, ‘I ask God to breathe something through me that would turn eyes to Him. I don’t want people leaving with the name TobyMac on their lips. I want them to leave with the name of Jesus. That is my heart’s cry, and that’s why I make music.’

One song that was important to Toby is I’m Sorry. Yet it is rarely if ever mentioned. It is very raw and real, and a lot of people don’t want to talk about the hard things. They want Christian music to be positive and encouraging. They don’t want to talk where we’ve misrepresented our King.

Called to Something Deeper

‘We have to realise that we’re called something deeper,’ says Toby. ‘When I started working on my latest album, Life After Death, I would say I took God to task a little. I told Him that since He’d let this happen in my life, I was going to give Him a chance to show me that He was still good.’

‘I trusted Him,’ Toby says. ‘And I can only tell you this: He’s kind. He met me in the deepest of valleys. He didn’t take the pain away, but He never left me. And that’s life after death.’

This article was inspired by TobyMac.

Listen to TobyMac’s full interview on V180 below, or for more resources visit our Vision Store.

We all like a good celebration – a reason to rejoice – especially when it is something to do with us that is being...
Faith, Generosity, News, United States