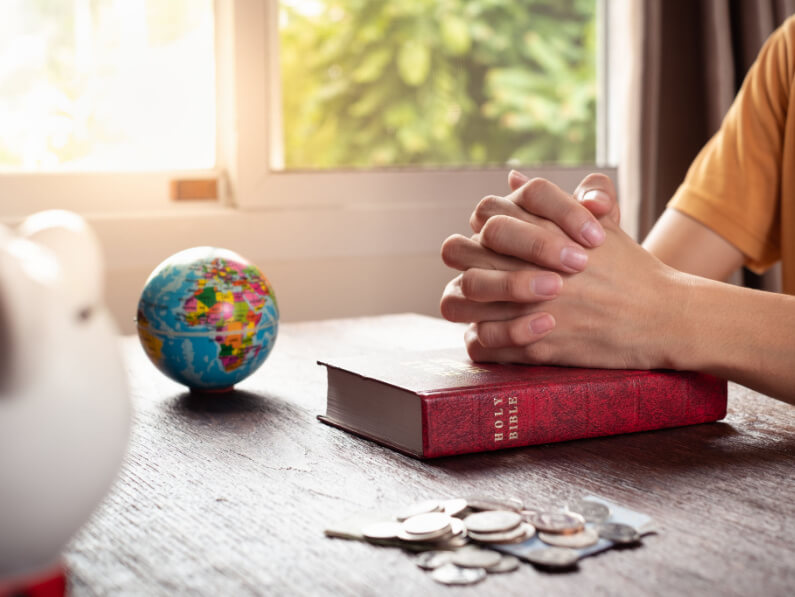 It’s very interesting for Christians to look at how our economic worldview shapes not only our future, but the future of Australia. We know that certain things prevail economically and politically, but what happens when we add our Christian worldview to the mix?

Alex Cook from Wealth With Purpose joined us on 20Twenty to give us some insights into the competing ideologies we see in Australia. The two main views that are talked about in the media are capitalism and socialism, with ownership being the primary area of disagreement.

‘In a capitalist society,’ says Alex, ‘the means of production and consumption are owned by private individuals. But in a socialist society, it’s more government control and large cooperatives. I would use the word freedom to define the distinct difference between them.’

In a capitalist society, people have the freedom to decide what they will do with their wealth. But socialism is much more controlled because of the belief in the greater good. Socialist societies are based on equality and giving people what they need, while capitalism lets the free market decide what you will earn.

‘Tax also applies in both cases,’ says Alex. ‘But generally speaking, with capitalism, it’s much more limited and based around individual incomes. With socialism, taxes are usually much higher because money from those who earn more is given to those who earn less.’

As Christians, many people questions whether capitalism or socialism is more in line with Biblical principles. But according to Alex, we should drop the isms. Instead, we should ask ourselves when governments announce policy, are they likely to enable human flourishing?

The Role of Government

‘I think the reality is the entire Western world, not just Australia, has been on this slow socialist journey,’ says Alex. ‘Governments are expected to pay for more and more services, and people are more demanding of what the government should do for them. It’s assumed they will solve all our problems.’

Many Christians get caught up in the idea of socialism because it sounds like it’s trying to bring about fairness and justice and help those in need. The problem is in the detail and the factual history. Socialism has caused poverty and starvation around the world, and it has had some terrible outcomes.

‘From a Christian perspective,’ says Alex, ‘we’ve got to say, what does work? There’s no question that when you look at the Book of Acts, Christians are very clearly meant to help the poor. But that’s not to say that the state itself doesn’t also have a role to play.’

‘Christians, when it comes to a political-economic worldview,’ says Alex, ‘should be concerned with policies that enable people to do well and be creative. We have a creative God who has given us creative instincts because we are made in His image. Therefore, we need to have policies that allow people to do that.’

Alex believes we are already witnessing the decline of the middle class, particularly through the cost of living pressures that we’re seeing. But there are also a lot of aggressive climate change policies being implemented around the world.

‘My view is many of those will have minimal impact on the environment,’ says Alex, ‘but maximum impact on the economy. These sorts of policies are very socialist in nature, and we’re going to witness a loss of prosperity in the West.’

One of the other problems the west is facing is biblical illiteracy around money. The most talked about issue in the Bible is money, but pastors are not addressing it head-on. The problem for the church is socialism is linked to a lack of freedom and government intervention, which is the last thing we want in our churches.

‘We need to get out there and solve the problems,’ says Alex. ‘Not rely on the government. But that’s going to require people getting back to what the Bible says. Churches are going to be impacted by what the world is saying, and they’re not all necessarily hearing the biblically informed view as they should.’

As believers we can speak into this and show people what will make a prosperous and healthy society. It is not one that’s dependent on the state. It’s one where individuals are enabled to flourish, and create in the way that God intended for us to do.

‘I really encourage people to think very carefully about the worldviews that they’re adopting,’ says Alex. ‘Because that will have a profound impact on Australia and the West going forward.’

This article was inspired by Alex Cook.

Listen to Alex’s full interview on 20Twenty below, or for more resources visit our Vision Store.

We all like a good celebration – a reason to rejoice – especially when it is something to do with us that is being...
Faith, Generosity, News, United States

Resurrected CEO expresses regret for getting involved in an ideological spat with Florida government.
Articles, Depression, Grief, Testimonies, The Story

This week’s memory verse is Isaiah 53:6 – We all went astray like sheep; we all have turned to our own...
×