Present of His Presence 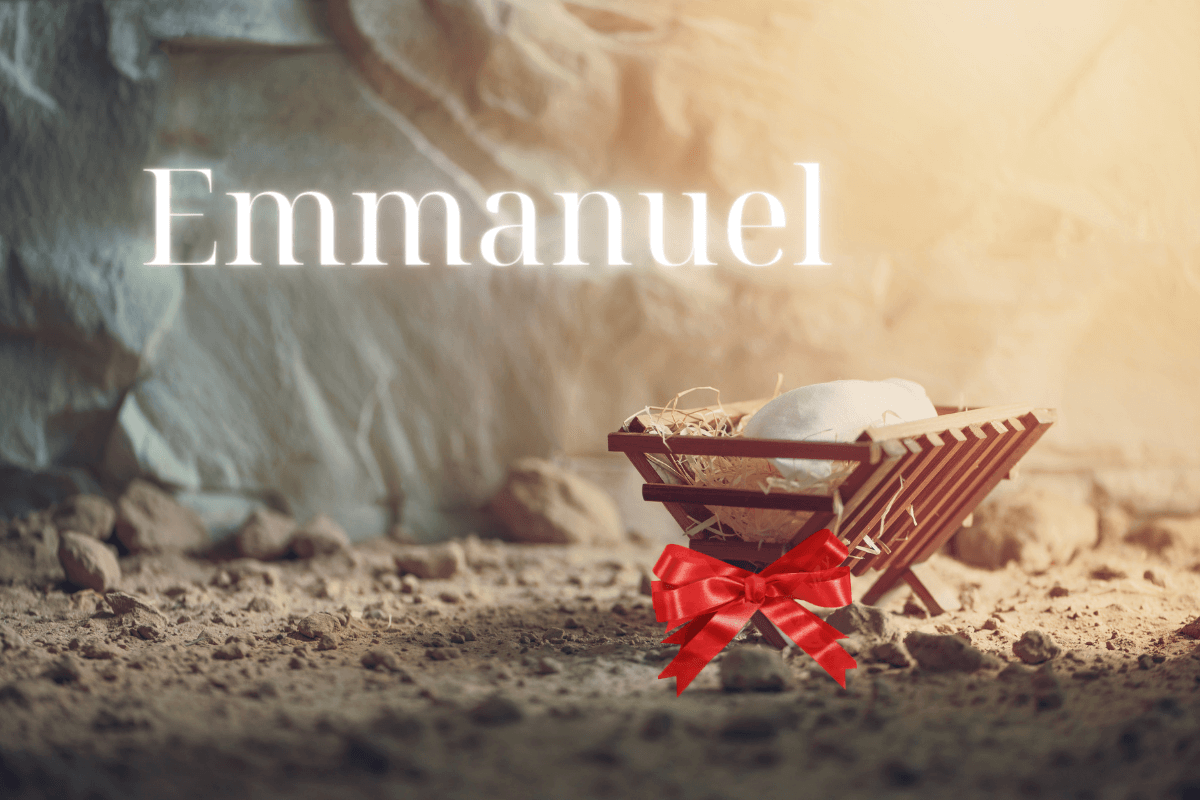 My parents were communists and atheists. My sister and I were told many times by Dad, “There is no God.” So Christmas was never a big deal. We got presents, but not very many because materialism was vulgar in my parents’ eyes when there were starving children in the world.

I was always disappointed at Christmas because my birthday was two weeks before the 25th, and it seemed like my Birthday presents were cut down the middle where half of them were presented at Christmas. We usually got a book, new pyjamas, a lavender bag, maybe a doll, and we would have a nice meal at lunch with sixpences in the Christmas pudding because my parents were kind, loving people.

After lunch, we would make Dad take us to Scarborough beach, where we would get dumped repeatedly by giant waves, as Dad stood with hands-on-hips and the head was thrown back laughing at us. These were happy Christmas times, but God was absent. There was no talk of Jesus and no sense of the Christmas spirit.

When I got married and had kids, we bought tons of gifts, did all the Christmas things, and had the roast dinner lunch with brandy butter on the Christmas pudding.

One year we even had a big live pine tree with real candles somehow tied all over it. Of course, it caught fire while we were eating. We were hippies and didn’t have a hose. Only rainwater tanks, but we miraculously managed to put the fire out with buckets.

But still, we lacked the real meaning of Christmas.

Then at the end of 1999 my marriage broke down and I was devastated. I had nowhere to go, and during this time I found Jesus. I asked Him into my heart, and He came in.

As soon as I was saved Christmas took on a different meaning.

It was all about Jesus. It was about celebrating His birth. It was about worshipping Him and going to church. I had a new family in Christ. I was learning about God and praying for my family. These were lovely Godly days.

The most beautiful Christmas I can remember was that instead of going to my family up in Perth, I stayed at home and invited a young woman who lived nearby, for Christmas lunch. She had recently given her heart to Jesus and was being set free from drug and alcohol additions.

I cooked a lovely meal, and after lunch, she sat on the couch opposite me and read the Psalms out loud with tears in her eyes. There was sweetness in the atmosphere. I still remember that day as my favourite Christmas. Because Jesus’ presence was there. He celebrated that day with us.

Even before the foundations of the world, God had in His heart to be with us. When the relationship was broken because of our sin, He set in place the plan for us to be restored in relationship with Him. That plan kicked in when Jesus was born. Emmanuel, God with us. God gave us His best when He gave us His Son. Jesus’ presence is the best present I can ever receive.