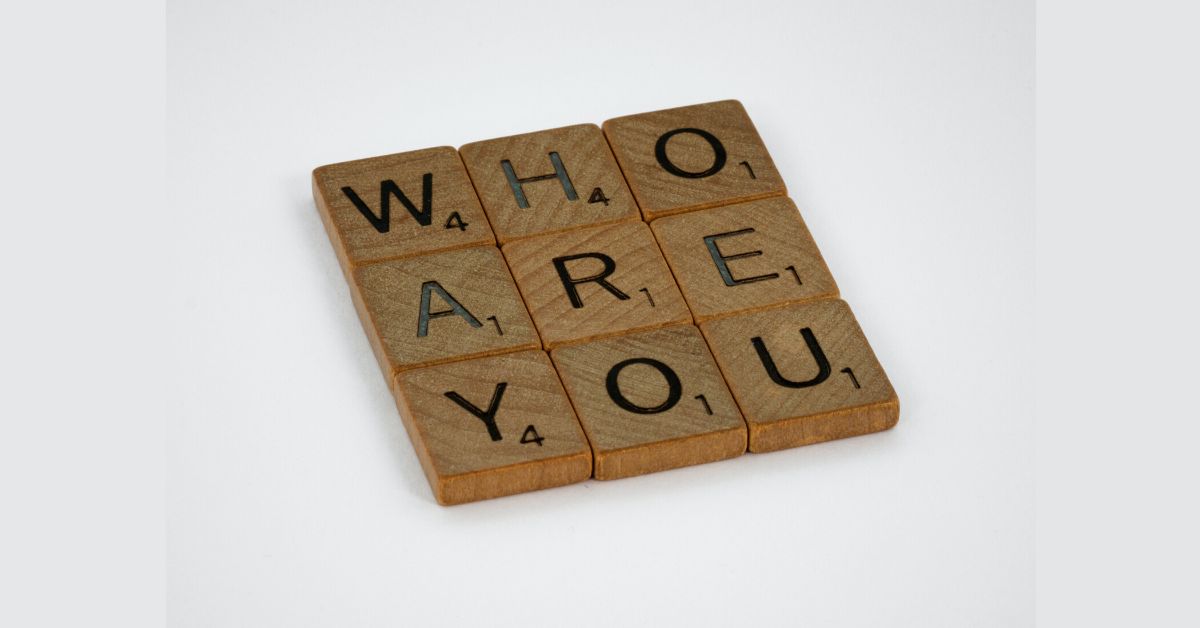 There’s a lot going on in our society around identity at the moment. I only have to say the words “Manly Sea Eagles” and you’ll get it.

There’s been a huge furore around the Pride jersey that seven of that Rugby League club’s players chose not to wear due to their religious convictions.

Who are we and who gets to decide? These are big questions we’re grappling with and, let’s face it, arguing about as a culture. What happens when someone won’t celebrate the identity that you have decided for yourself? What happens when it comes into conflict with their identity? Whose identity trumps whose? And why can’t we all just get along together?

What were those past markers? Religion, ethnicity, nationalism, to name a few. But now those things look outdated, or worse, they look like theocracy, racism and fascism. Or at least they might if we’re not careful. Better to find a new way to mark our identity than those things that cost a lot of lives along the way.

We No Longer Have a Unifying Identity

But here’s the thing: there’s no longer a sense of unifying identity in the West, and in fact it’s no longer possible to forge one, given our a priori commitment to what we call “expressive individualism”. That term simply means that the path to your true self – your authentic identity – is to be as free from all restraints as you can possibly be.

Another way of putting it, is that we live in a “You Do You” culture. And we now have the time, tools, money and freedom at our disposal to forge our own individual identities, to be “ourselves” even if these selves we forge end up being at cross purposes with the identity/self of another person, and even if our new self contradicts biological or social reality.

It’s no wonder we can’t get along. There’s very little chance that our nations are going to pull this thing off. There are just too many competing interests in the identity markers we are landing on. The deep desire for diversity is being challenged, and the response to the seven Rugby League players refusing to wear the Pride jersey has highlighted the tension.

What was intended to unify actually did the opposite, or at least it exposed that there isn’t much unity going on in the first place. That the seven players were told not to attend the game they already refused to play in, for the sake of their safety, says everything.

“You Do You” Has Both Positives and Negatives

At first glance it might seem a step forward for us to be able to choose our own identities, to do the “You Do You” thing. And at a certain level it is. I am not sure I would want to go back to the time in history where if you were a peasant you stayed a peasant, if you were part of the landed gentry, you stayed part of the landed gentry. And closer to us in time, if you were a woman then your future as wife, mother, stay at home and look after kids, was all there was to it. That hard-marked identity world isn’t coming back, regardless of what you think of it.

But while we gain some things by forging our own identities, it’s a scary thought too. Taylor Swift, who is a cultural icon and the forger of many a young woman’s identity, had this to say recently:

And perhaps that is good news, that it’s totally up to you. If – and it’s a big enough – you have enough social clout, purchasing power, and cultural savvy to do that. But most people don’t. Try telling the young woman trapped in a DV relationship that it’s all totally up to her. Try telling the young person struggling to fit into a new school, and who is socially awkward that it’s totally up to you. For many, many people – apart from the likes of Taylor Swift (and all the other cool kids), it’s terrifying news.

The fact is none of our identities are ever totally up to us. We are a product of our upbringings, our foibles, our neuroses, the accidents of history, a whole bunch of stuff. Taylor Swift is right that it is really overwhelming. That’s why people end up in therapy. Because if it’s totally up to you, then the only person to blame when it falls apart is you. And that means even those cool kids, the ones who were told at graduation that they can be anything they want to be, end up in therapy too. Why? Well, because, life! Life doesn’t follow the clean lines we wish it to.

Where To From Here?

So, if our identities are so fragile, and so much in a state of flux, and if the cultural identities being given to us seem to result in so much conflict and confusion, where to from here?

The Christian message doesn’t use the word “identity” to describe us, but it does use terms around that idea. And the guts of the message is this: Your identity – the one you truly need and that will hold you in good stead in this life and the next – is given to you as a gracious act by God.

Here’s a fact: The satisfaction or otherwise that we have in our identities is not derived from how we think about ourselves, but from how others do. We forge identities in the face of others, and take our meaning from the approval or disapproval of others. Only the extreme narcissist does not do this, and that never works out well for them.

The gospel message is that the deep approval we seek is actually the approval of God. And guess what? He gifts us that approval as we find our identity not in who we are and what we have done for ourselves, but in who God is and what he has done for us in His Son, the Lord Jesus Christ. Our identity is wrapped up in who God says we are.

We are lots of other things to as we traverse through the world: male or female, brother or sister, parent or child, worker, friend. Lots of things. But these are all given meaning, and given limitations, through the identity we have in Jesus.

What do I mean by limitations? Well, we don’t determine our worth by the number of friends we have, or whether we are a great friend to someone. We are not identified by that job that we love doing and is extremely satisfying, or that job that we have to go to that’s a drudgery and that we find meaningless. We are not defined ultimately by the identity we forge from our life partner or our romantic relationships. Or even if we’re male or female.

We’re defined by God. And the Scriptures have lots of good identity markers in it for those who belong to God: identity markers that are all good news, and not terrifying news, because in the end our identity – who we are – is not ultimately determined by us, but by a good, loving, all-knowing God.

I think that’s a liberating message for our world that is scratching around for, but failing to find, stable identity markers.

About the Author: Stephen McAlpine is the lead pastor of Providence Church Midland, and in his writing he dabbles in a number of fields, notably theology and culture. Stephen and his family live in Perth’s eastern suburbs, where his wife Jill runs a clinical psychology practice.

The post Society is Suffering A Case of Mistaken Identity appeared first on CMAA Syndication and has been reproduced with permission.

It’s right to keep religion in politics, good, ordered religion, that is, or at least keep it above politics in our...
Faith, News, Religious Discrimination

“The bill is not intended to prevent schools from operating in accordance with their religious identity and...
Church, Faith, Generosity, Money, News, United States

“Contrary to what many expected, giving during the pandemic was strong,”
×