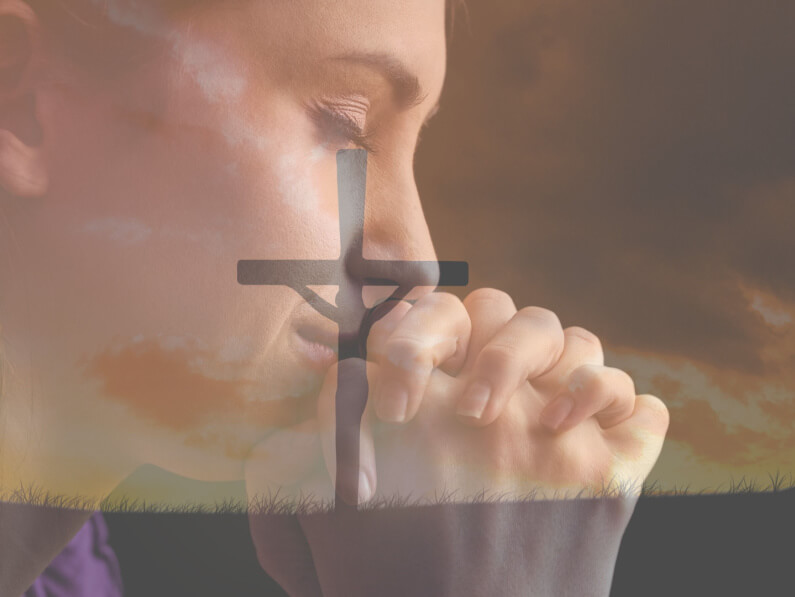 Kerrie Atherton has faced more than her fair share of physical and emotional trauma. But her faith in God has helped her to heal, and she’s now helping others going through similar challenges. Kerrie founded the organisation Stories of Hope Australia, and she joined us on The Story to offer hope and encouragement by sharing some of her journey with us.

Kerrie’s father gave up drinking when he was young, but he didn’t meet her mother until he was 30 and she was 20. ‘She was an alcoholic,’ says Kerrie. ‘She drank until I was 12 years old. Mum appeared to really have it all together, she made our clothes and all our lunches. She was an intellectual genius.’

A Deep Sense of Insecurity

‘When mum stopped drinking, I was 12,’ says Kerrie. ‘And that did definitely give us a more stable home life. But by then I had been through a couple of really traumatic experiences. One was seeing my mum hurt and thinking she was going to die. The other involved abuse by a pedophile.’

At that time, the fear of death and losing people entered Kerrie’s life, along with a deep sense of insecurity. ‘I felt so unsafe,’ she says. ‘I was also being bullied at school at the same time, and at ten years old, I had a breakdown.’

Not long after, Kerrie was put on anti-depressants and anti-anxiety medication. She soon became very aware that the pills took all the pain of life away. She started to become addicted to the medication until at age 15 she picked up her first alcoholic drink.

Crying out to God

‘I was attending a program for children of alcoholics,’ Kerrie says. ‘I would hear other kids talk about the terrible shame that they felt covering up their parent’s alcoholism. Often, the kids there felt like they didn’t fit in. There were a lot of secrets and shame I carried from an early age, especially after the abuse.’

Unfortunately, things got even worse for Kerrie. She thought alcohol was going to make her life better, but by age 17 she was drinking so much that she was having blackouts. When she was out on a date one night, she became the victim of another sexual assault, which had a devastating impact on her life.

‘I had a faith,’ says Kerrie, ‘and I cried out to God a few times. But the overwhelming shame made me feel far away from Him. I had lost all hope, and I didn’t want to go on. But I heard a voice say, don’t do it. If you hang on a bit longer, you’ll find happiness one day. I have always believed that was the voice of God.’

That day, Kerrie rang Alcoholics Anonymous and went along to a meeting. That was 37 years ago, and she hasn’t had a drink since. She had to make a choice between sobriety and death, and she chose life. But Kerrie again found herself in an abusive relationship, that sadly lasted for three years.

Healing from Pain and Trauma

Six months after that relationship ended, Kerrie met her husband. He had been brought up as a Christian, but had walked away from God at the time. But he was very family oriented and the kind of person she had always wanted to be with, but never felt she deserved. They’ve now been married for 32 years.

A year into the relationship, just after they got engaged, Kerrie was still struggling emotionally. ‘I said to God, if you heal me from all this pain and trauma, then I will go back to church,’ she says. ‘I just knew that I needed God more than ever. We got married eight months after that, and I felt like the Holy Spirit had been drawing me in the whole time.’

Her husband had started playing Christian music and suggested that they read the Bible together, and Kerrie felt God drawing them both back towards a strong faith. It was actually on their honeymoon that God orchestrated an invite to church for Kerrie.

‘The pastor said, Is your life out of control? Is your life a mess? Do you feel like you can’t control your life? And I put my hand up. That day was pivotal. I went back to church when we got home, and my husband came back with me a couple of months later.’

Though Kerrie has had her share of pain and heartbreak since, her faith has remained steadfast. She has lost several members of her family, including both her parents. Her husband also became really sick and she literally hit rock bottom again.

‘I forced myself to go to a women’s conference,’ says Kerrie, ‘where I heard three people telling their stories of coming out the other side of pain and devastating circumstances. Something rose up in me that day and I thought, I’m determined to use my pain for others’ gain.’

Kerrie felt propelled into a greater purpose and was prompted to start Stories of Hope Australia. ‘No matter what you’re going through, you’re never alone. There is always light at the end of the tunnel and there’s always hope. We’ve reached thousands of people with our stories all over the world.’

‘I found my purpose,’ says Kerrie. ‘The Lord is using me, and there’s nothing like listening to the story of someone who’s come out the other side. Because the listener knows that person really understands how they feel.’

‘My desire is that nobody in this world ever feels like they have to do life alone.’

Listen to Kerrie’s full interview on The Story below, and for more resources on how to find hope and healing visit our Vision Store.

“It’s a source of pride and joy for the Greek Orthodox to have this jewel box built here on Ground...
Articles, Focus on the Family, God's Promises, Rise and Shine

An attitude of gratitude is something we all need to have and be able to teach our children. We know that being...
Faith, Law Enforcement, News, Politics, United States

It’s right to keep religion in politics, good, ordered religion, that is, or at least keep it above politics in our...
Faith, News, Religious Discrimination

Refusal likened to that of restaurants which banned African Americans 70 years ago.
×