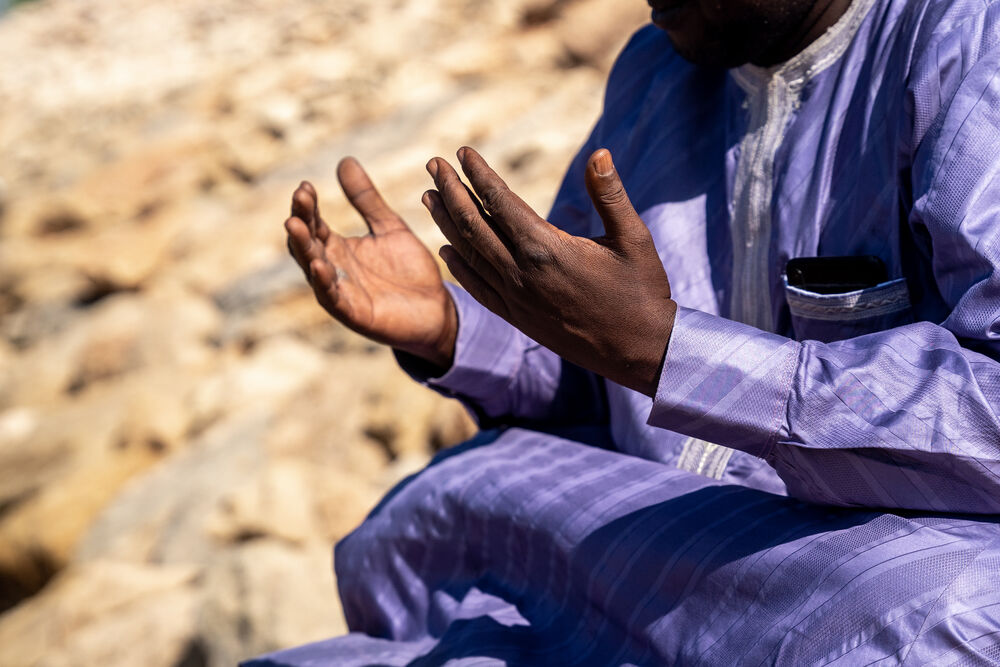 If a sickness came to this town and was killing everyone, and you had the cure, would you give it to them or keep it to yourself?

That was the question Peter*, a Jesus follower, posed to Moussa*, a new believer at the time from the Sahel.

Moussa declared: “Of course, I’m going to give them the cure.” He was shocked when Peter told him that he already had the cure and wasn’t sharing it: “Every day people are dying without knowing Christ, and you are not telling them.”

As a foreigner, Peter explained that he struggled to learn the language and local culture and speak with people on a deeper level. Moussa, on the other hand, was from the area and already well connected in the community. Challenged, Moussa started to share his faith with others and live out Christ’s love in his daily life in the Sahel.

The Sahel stretches approximately 3,360 miles through more than ten countries in Africa. A geographical transition zone between the Sahara in the north and the savannah in the south, the region is mainly hot and dry. Linguistically and ethnically diverse, the people groups who live in the Sahel face many challenges such as the harsh climate, drought, famine, political instability and violent extremism.

Amidst these challenges, Moussa has seen how God is at work in the area.

When Youssef’s* first child was born, he was disappointed to learn the baby was a girl. A farmer from a Muslim background, Youssef spent years resenting his eldest daughter and his other daughters that later followed.

Youssef met Moussa at the garden. Started as an income-generating project, the garden has become much more. Strategically located at the crossroads between five villages, the property has a well where people from the surrounding communities can draw water and grows different vegetables throughout the year to sell. Additionally, the plot has created a gathering place for men to sit, talk and drink tea. One of the most common topics: religion.

Having studied the Bible and Qur’an, Moussa uses both texts to explain why he believes what he does and challenge others to examine what they believe. As he’s from a Muslim background himself, Moussa knows the common arguments people make and the challenges they face in accepting Christ. Using the Qur’an’s own words, Moussa directs people to Jesus and the love that He has for all people. Muslim extremist groups have also pushed people to rethink their beliefs as they recruit people for their cause, citing their version of Islam as the ‘true version’ and everyone else as wrong. When faced with the beliefs of extremist groups, Youssef decided: “if this is the true Islam, I don’t like it.”

Through conversation and many cups of tea at the garden, God worked in Youssef’s heart to show him that He is a God of love, not violence. Youssef’s outlook on life shifted and he recognised that girls and boys are equally precious in God’s eyes. This realisation changed the way Youssef interacted not only with his daughters but also with his wife.

The transformation of Youssef’s life was a testimony to those around him and opened the door for his wife to accept Christ as her Saviour. Eager to know more, Youssef started a Bible study in his house with his family so they could learn from the Scriptures together. A short while later, he invited his brother and his family to join them. Then his sister and her family. And then his friends. Together, they read from the Bible or listened to an Arabic audio Bible and learnt more about the transforming love of Christ.

Reaching out to the whole family

For many in the Sahel, giving their life to Christ means facing persecution from family and friends. After years of reaching out to people one by one, Moussa and other Jesus followers began “reaching out to families, to a community in total, to reduce persecution,” said Moussa. In places where Christianity is not opposed by the government, “the problem is your own family. So if the whole family becomes Christians—who’s going to persecute them?”

Isa*, a man in his 70s, spent most of his life in the military. Now, he lives near the garden plot and was hired to build a fence around the property. Quickly, Isa found he knew some of the other workers from living in the area years ago and enjoyed the chance to catch up with them. As time went on, Isa saw how his friends’ behaviour was different—not only from how he remembered them, but different than any men he was friends with—and enquired what had happened. Their answer: Jesus.

“He really became interested to know more about Jesus and the gospel,” shared Moussa. Isa asked Moussa for an audio Bible which he immediately went home to listen to. “After a while he came back and said: ‘I have been denying all my life that Christianity is the religion of God, but I am wrong. Now I know that [the Bible] is right and Islam is wrong. So from today, I decide to follow Jesus.’”

Praise God for the fruit believers are seeing across the Sahel! Pray that they may be firmly rooted in Christ and grow in His love.

This week’s memory verse is Isaiah 53:6 – We all went astray like sheep; we all have turned to our own...
Faith, News