What do you think of with the word “revival”? Big crusades? That may be so, but revivals have been happening on on smaller scales locally through Australia.

Here are accounts of revivals in New South Wales in the 19th century and early 20th century.

In 1838, Paramatta born John Watsford was converted. He described his conviction in his autobiography: “I cannot live another day like this. The load of sin is crushing me down to hell. Have mercy upon me, and pardon all my sin, for Jesus Christ’s sake, who shed his blood for me.” He soon started sharing about Jesus. “Baptised with the Holy Spirit, I had a great longing to bring others to Jesus. I began by distributing tracts.” By 1839 he became a preacher.

In 1840, he was assigned to pray for the outpouring of the Holy Spirit and for revival of God’s work. So along with two others, that was what he did, morning and evenings, in addition to fasting on Fridays, and praying silently in evangelistic meetings.

This was his account by the fourth week: “After the service the people flocked to the prayer meeting, till the schoolroom was filled. My two friends were there, one on each side of me, and I knew they had hold of God. We could hear sighs and suppressed sobs all around us. The old minister of the Circuit, who had conducted the meeting, was concluding with the benediction, ‘The grace of our Lord Jesus Christ, and the love of God’….here he stopped, and sobbed aloud. When he could speak, he called out ‘Brother Watsford, pray.’

I prayed, and then my two friends prayed, and oh! the power of God that came upon the people, who were overwhelmed by it in every part of the room! And what a cry for mercy! It was heard by the passers-by in the street, some of whom came running in to see what was the matter, and were smitten down at the door in great distress. The clock of a neighbouring church struck twelve before we could leave the meeting. How many were saved I cannot tell. Day after day and week after week the work went on, and many were converted. Among them were many young persons.”

John Watsford went on to ignite many revival fires in New South Wales in the 1860s, including Goulburn, Windsor, Surry Hills and Balmain. This was his description for the Sydney revival: “To a congregation which packed the building I preached from ‘Quench not the Spirit’. What a time we had.

The whole assembly was mightily moved, the power was overwhelming; many fell to the floor in agony, and there was a loud cry for mercy. The police came rushing in to see what was the matter; but there was nothing for them to do. It was impossible to tell how many penitents came forward; there must have been over two hundred. The large schoolroom was completely filled with anxious inquirers.”

Though largely led by Methodists, all Protestant churches united together for the meetings. John Watsford, now retired at the aged of 81, led one of the meetings.

One of the locations is where our newest Vision Christian Radio station is, in Gunnedah (live 16 October 2021)!

25,000 people converted in these meetings. And that’s not counting those who may have made the decision at home or anywhere else after the tents have been removed.

Material from “Evangelism and Revivals in Australia” (2005) by Robert Evans and nationaldayofprayer.org.au
Photo from NSW State archives.

On show at Museum of the Bible. 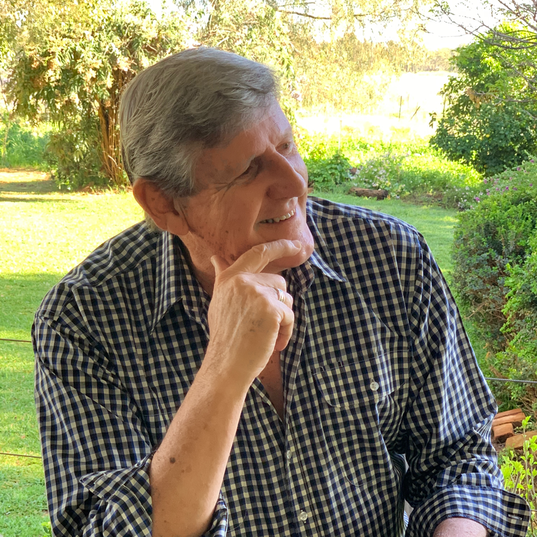 Even if you’re not a Christian, you should be proud of the impact that Jesus has had on our country. He’s still the most successful leader in history.

If your goal is personal growth, then you must make time for reflective thinking.
20Twenty

Grieving and Healing After Miscarriage

Having a baby is a time of great excitement and joy. But sometimes things go devastatingly wrong….
20Twenty

It’s estimated that as many as 360 million Christians worldwide face high levels of persecution or discrimination....
20Twenty

Prime Minister Scott Morrison has spoken out about the unifying power of prayer in Parliament House.
×
×