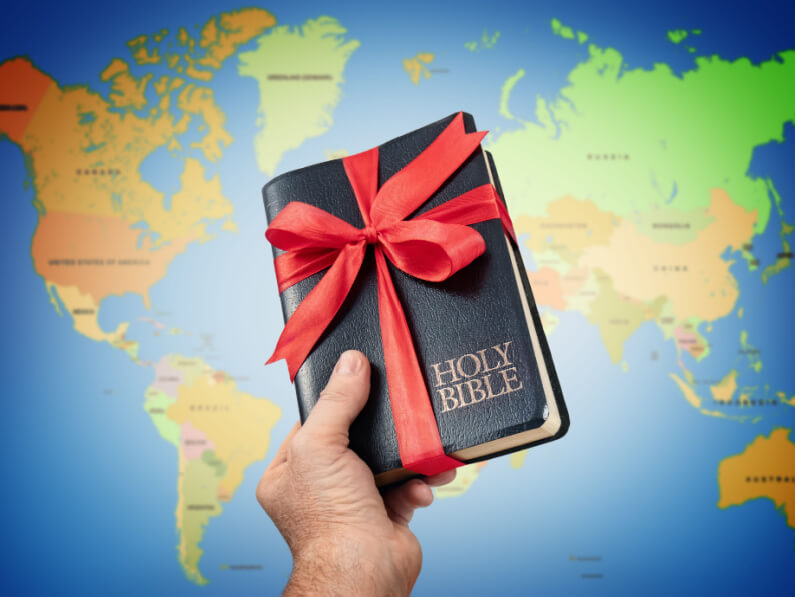 We live in exciting times: More people today are coming to personal faith in Jesus Christ than ever before. In my lifetime, there has been a ten-fold increase in those who follow Jesus. That said, perhaps half the world remains beyond access to the Good News, even though the global church today has the resources, talents, means and people to reveal the gospel in every corner of the earth. What’s holding us back then?

There are many reasons, but perhaps the greatest lies within us: We assume (with either relief or resignation) that the work of evangelism and missions are sacred and tasked only to the selected few. All other work performed by so-called ordinary Jesus followers is considered secular and non-spiritual. We think that anything secular cannot impact the sacred, just as the sacred has no place in the secular world.

Many Christians divide everything in these two spheres that never intersect, one sacred (related to God’s business, worship, prayer meetings, social action, world missions, etc.) and the other secular (everything else). Bluntly, we think that God is in charge of the sacred and we are in charge of the secular. These two halves are kept separate. This sacred–secular divide is a pervasive belief that some things are important to God and others aren’t.

Certain vocations are holy (e.g., missionary, pastor), while others like medicine, psychology, engineering or mechanics are secular vocations and cannot be integrated into spiritual contexts and mission work. This assumption is utterly false. As children of God, every aspect of our lives matters to Him. Mike Baer, author of Breaking Down the Sacred-Secular Divide, says, “The divide is a false dichotomy, a false worldview, an infection in the minds of Jesus’ followers that has done incalculable damage to the cause of the Church.”

This assumption that Kingdom work is for the chosen few is a key factor in why the world is still not reached with the gospel. While some people are recruited and equipped to perform specific ministerial tasks or clerical duties, the rest of us are also called to be His witnesses. The responsibility to reach the lost does not rest on the shoulders of pastors and vocational missionaries alone; it’s the responsibility of anyone who has declared allegiance to Christ.

So, how do we overcome this sacred–secular illusion so that every Jesus follower will contribute to the goal of seeing the world reached for Christ? First, we must recognise this false belief for what it is—an invention of the Evil One that divides the Body of Christ and hinders evangelism.

The sacred–secular divide does not exist for God. After all, how could He who created all things ever not be holy (sacred)? However, there are clearly some distinctions or binaries/opposites: There is right and wrong, moral and immoral, obedience and disobedience, and righteousness (conformity to God’s character and commands) and unrighteousness (rebellion against God and His commands).

Beyond that, the artificial distinction between jobs, objects, people and food as either sacred or secular doesn’t reflect the real world. As Paul put it in Galatians, “The presence of God is everywhere. He perceives all things in all places. Men cannot hide from God. Everything we do, everywhere we go, every word we utter, God knows it all. Abraham Kuyper was a nineteenth century Dutch theologian, pastor, founder of a political party and the prime minister of The Netherlands who declared, “There is not a square inch in the whole domain of our human existence over which Christ, who is Sovereign over all, does not cry: Mine!”

All for God’s Glory

Certainly, corporate worship, Bible study, prayer meetings and other so-called spiritual activities are essential for the Christian life. But God deserves glory in every aspect and moment of our lives—while teaching a class, counselling someone, waiting on diners in a restaurant, working in a factory or conducting a wedding. These instances are all parts of our lives and who we are, so we ought to do them as unto the Lord.

As C.S. Lewis observed, “There are no ordinary people. You have never talked to a mere mortal. Nations, cultures, arts, civilizations—these are mortal, and their life is to ours as the life of a gnat. But it is immortals whom we joke with, work with, marry, snub and exploit—immortal horrors or everlasting splendors. Next to the Blessed Sacrament itself, your neighbour is the holiest object presented to your senses.”

All of life is under the authority and kingship of Jesus and meant to be lived for Him. In that realisation is a sacred freedom almost beyond imagination.