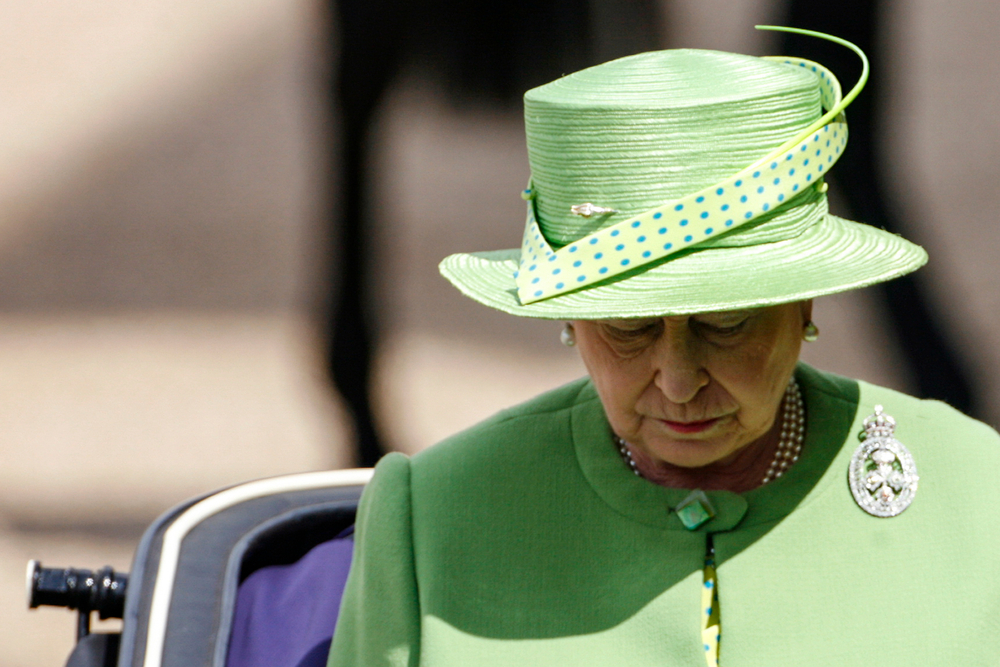 The sad news of Her Majesty Queen Elizabeth’s passing prompted many calls from Vision’s supporters who wanted to pay tribute. Rise and Shine hosts, Robbo and Becci took calls to allow people to share their memory of the Queen. Here is what some had to say:

‘I love the Queen so much. My beautiful grandparents lived at Randwick, opposite the racecourse. We would always be up on the veranda when the Queen would come to Australia and drive past. She left an amazing legacy. My class at school would write to her every year for her birthday, and we would get a letter back. It was very precious because she always dedicated her life to God. I believe that the crown she wore at her coronation had a cross on it, and it was dedicating her life to Jesus. She wanted to serve Him and the nations that God gave to her to serve. It’s an amazing legacy of faith. So many nations of the world and the Commonwealth came under God’s blessings because of her.’ Gabrielle

‘It’s good to be able to watch this beautiful Queen live a Godly life in the midst of so much turmoil. I read that she never said a bad word about anyone her whole life. I think it’s a change in the world, and I believe we’re nearing the end times. I feel sad because, to me, she was one of the most beautiful people and a mentor for me. Someone I could look up to and admire.’ Alison

‘I wanted to share a little bit of the coronation that they were talking about, which was in 1953, I believe. They presented her with a Bible in Westminster Abbey and said, “We present you with this book. The most valuable thing that this world affords. Here is wisdom. This is the Royal Law. These are the lively oracles of God.” She was wearing a priceless golden crown adorned with 2901 precious stones. She was sitting up on a throne and a thousand-year-old Bolton Abbey, and yet God’s Word was recognised as the most valuable thing this world affords.

We witness contemporary leaders failing and falling all around us at an unprecedented rate. Notions of duty, promise-keeping and of accountability to God can seem antiquated or even naive. But at such a time, Queen Elizabeth’s lifelong example of consistency in private faith and integrity in public service is both startling and inspiring.’  Kate.

‘When I was in the Boy Scouts, I met the Queen at the airport in Albany. I don’t know why, but she came up, shook my hand, and she goes, “Hello, your Graeme aren’t you? I don’t know how she knew that, but apparently, they have people that kind of listen at what’s going on in the crowd. So yeah, I got to shake her hand,and then years later, she came back, and I was talking to someone in the crowd and said I’d met her last time. So she came up and said, “I met you last time.”

I’ve heard other people say similar stories, so maybe she just has a good memory for faces. She’s a lovely lady, and I love listening to her Christmas speeches. Graeme

‘I remember when she came to Cooktown in 1970, and we were all there waiting at Cook’s Landing. We call white people wunarr. We were all there. All the children came to see the Queen. She got off the boat with Prince Phillip, and came on land at the Captain Cook’s Landing. We had those little Australian flags. We didn’t know nothing about the Aboriginal flag back then. We waved the flags and yelled out, “Queen Elizabeth!”

I feel like crying … I just got out of bed this morning and put the radio on and I just cried. She was young at the time. I can picture her and Prince Phillip. I yelled out to her, “Queen Elizabeth!” And she looked at me, and she gave me that wave. That courtesy wave. I love her. Praise that she’s safe in the arms of Jesus.’  Janelle

The Faith of Queen Elizabeth

The Friendship of Billy Graham and Queen Elizabeth II

A Life of Devotion to God

Reflections on the Queen

Listen to more tributes on Rise and Shine on the audio below: