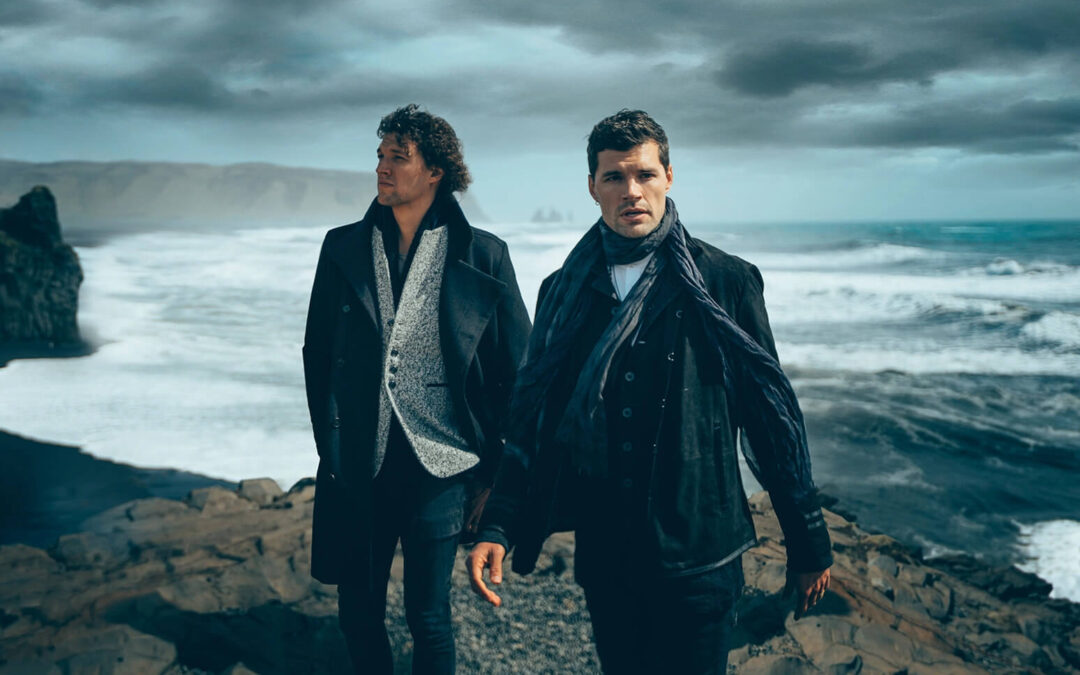 Four-time Grammy award-winning duo for KING & COUNTRY make a powerful statement with the release of their third album. Joel and Luke Smallbone explore new beginnings, forgiveness, hope and love on ‘What are We Waiting For.’ They reach new levels of vulnerability and honesty with this project, and wrote every song themselves.

Joel and Luke have experienced the difficulties of being Christians in the music industry, and the pressure to conform. But they both feel their music is inherently spiritual and describe it as like writing life songs and love songs with the perspective of uniting people.

Compassion and Empathy Through Music

“There’s a pressure to make sure your art is good,” says Luke. “You have to write songs that are genuine, that are real to your heart. Our biggest struggle is making sure that as Christians, we’re excellent. If we’re in touch with the maker of the universe, our creativity should be brilliant.”

Joel says that in the last two years, he’s witnessed every creed and culture be impacted by the pandemic. “With common suffering, there’s an opportunity to find a new level of relating to one another,” he says. “We’re actually able to show compassion and empathy. That’s another layer to this new album.”

Joel and Luke say they wanted this record to embrace the mystery and the marvel of where we find ourselves now. In many ways, it’s a question of, what are we waiting for? Where do we go from here in this new frontier?

Letting Go Of The Past

Luke says that they always want to write songs that they’re proud of. Music is a huge part of their lives, and they want to bring people along in that relationship.  A lot of this album is about not forgetting what life was like before the pandemic and reminding people how important it is to breathe.

“That is the big statement that this collection of songs is making. We don’t want to live in the past; we want to move forward,” says Luke. “There are things in everybody’s pasts that you have to get rid of—in some cases physically burn and in other cases, you just need to get rid of them however you can emotionally.”

Joel and Luke have now become American citizens and learned about hope, love and support from their close-knit family. Their parents raised seven children in Sydney, before moving to Nashville in 1991. Their father was a music promoter, and sister Rebecca St. James is also a successful Christian artist.

Songs of Hope and Love

The boys began writing songs about hope and love several years ago, and believe this message is vital for the world today. They want their music to provide comfort and affirmation, while reminding us that we are never alone, even in our darkest hour.

“We never want to be a voice of critique or criticism, but a voice of, ‘Maybe if we shifted our perspective, what would we see?’ That is the beauty of music,” Joel says. “We ask the questions of ourselves: ‘I want to have joy. I want to find a way. When I am faced with despair, struggle or hardship, what can I do?’”

In March this year, for KING AND COUNTRY will make history by being the first Christian act to perform at Rodeo Houston in Texas. They are so grateful for the opportunity, and will play to a crowd of over 15,000 people.

“We have the chance to sing and celebrate with people who love us despite our flaws,” they say. “And to honour a God who does the same.”

Check out more articles about for King & Country by clicking the links below, and view our range of Christian music at the Vision Store: