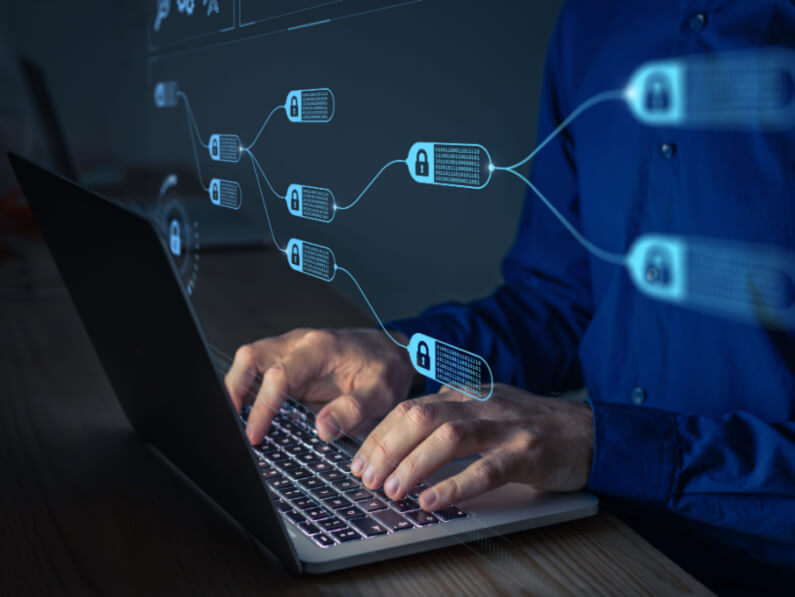 Recent years have seen cryptocurrencies such as Bitcoin, Litecoin and Etherium attract enormous attention and fascination.

Blockchain technology is complex, but the idea is simple. For the uninitiated or unaware, blockchain is a global distributed ledger or database running on millions of devices and open to anyone. On the blockchain, trust is established not by traditional intermediaries like banks, governments or technology companies, but through mass collaboration and clever code. Blockchains radically improve transparency thus ensuring integrity and trust between strangers.

As it gains more and more traction among individuals and investors, it is influencing real world money in significant ways.

Here are 3 ways blockchain is impacting our money.

The emergence of virtual currencies and the blockchain technology that underpins them represents the most significant change to financial services in decades and possibly centuries. Many countries have signalled intentions to develop digital versions of their national currency – otherwise known as Central Bank Digital Currencies (CBDCs). The Bahamas, for instance, has developed a CBDC called Sand, while Australia’s Reserve Bank announced similar plans in February 2022.

Australian Reserve Bank governor Philip Lowe suggested that this is in keeping with centuries of evolution and adaptation in the idea of currency. He pointed out that what societies used as money was always shaped by technology. Silver and gold had given way to paper and then paper currency gave way to polymer notes in Australia’s case. He said the nature of money changed as technology evolved and it appeared the next step was about to occur. “We can’t be sure what the next innovation in money will be, but I think there’s a fair chance it will be a form of digital token that sits in a digital wallet or a digital device,” Dr Lowe said.

In April 2021, The Bank of England and the UK Treasury announced that they were setting up a taskforce to explore the possibility of a central bank digital currency – with some jokingly predicting it might end up being called ‘Britcoin.’  The European Central Bank is similarly exploring the possibility of creating a digital Euro.  And in February 2022 US Federal Reserve released a paper laying out the pros and cons of a digital currency in a clear sign they are taking the step seriously.

2. Cryptocurrency is a Commercial Reality

Whether legal tender or not, many businesses have begun to accept that Bitcoin is now a valid form of payment for products and services. American theatre chain AMC now accept numerous cryptocurrencies as a payment method for moviegoers with 14% of the company’s online transactions paid using this method.

In a similar move, PayPal announced in April 2021 that it would allow customers to make online purchases using cryptocurrencies. The service was extended to all 29 million PayPal merchants and enabled customers to convert their cryptocurrency holdings into fiat currencies at the point of online checkout. Speaking about the significance of this move, PayPal President and CEO Dan Schulman said, “This is the first time you can seamlessly use cryptocurrencies in the same way as a credit card or a debit card inside your PayPal wallet. We think it is a transitional point where cryptocurrencies move from being predominantly an asset class that you buy, hold and or sell to now becoming a legitimate funding source to make transactions.

Looking ahead, it’s not just making payments using cryptocurrency that will become commonplace, but receiving cryptocurrency payment as well. In February 2022, tax-preparing software TurboTax began offering customers the option of receiving their tax refunds in cryptocurrency. And as a further sign of things to come, New York City Mayor Eric Adams announced in November 2021 that he would receive his first mayoral paycheck in cryptocurrency rather than dollars.

Non-Fungible Tokens are the buzzy new use of blockchain technology that lets people buy and sell digital items. While the term itself has been around since Ethereum co-founder Gavin Wood coined it in 2014, the value and relevance of Non-Fungible Tokens (NFTs) has exploded in recent years.

In short, NFTs represent unique digital assets — which can range from images to songs to videos to tweets — that are verified through blockchain technology.

In order to facilitate the transactions of NFTs, numerous marketplaces have sprung up in recent years. One of these, OpenSea, was processing some $3 billion a month in NFT transactions with the business itself valued at $13 billion as at February 2022.

Another popular NFT marketplace, Top Shot, specialises in NBA memorabilia and has facilitated over $500 million since its 2019 launch. As an example of an NFT sale on Top Shot, consider the record-breaking purchase in February 2021 of a digital recording of a famous LeBron James dunk which fetched $208,000.

Some suggest that sales like these – as well as multi-million-dollar purchases of cat memes – indicate how baffling and bizarre the marketplace for NFTs is. However, consider the fact that art auction giant Sotheby’s sold $65 million of NFTs in 2021 while their rival auction house Christie’s chalked up $100 million in sales of the new type of crypto asset. This puts sales of NFTs as 5.5% of the market for contemporary art sales and offers a sign that this is a trend that should be taken seriously.

However cryptic cryptocurrency may seem, the real money being generated in platforms associated with blockchain suggests that we would be foolish to overlook this technology. The real-world moves of governments and businesses, which are pivoting in response to the numbers, only confirms that this trend cannot be ignored.

The post [What the Reign of Blockchain means for Real Money  appeared first on CMAA Syndication and has been reproduced with permission.

Starting Your Marriage Out Right

You’ve just become engaged to be married… now what?
20Twenty

What is Leaving and Cleaving in Marriage?

Brett and Kate Ryan from Focus on the Family say it may sound like an old-fashioned term, but it still has relevance...
20Twenty

When Jeff Vines’ church hired an online pastor in 2011, he was initially skeptical, but his attitude has now...
20Twenty

Floating Bookfair officially opens in Tema, bringing with it knowledge, help and hope for a grateful community.
20Twenty

Many Christians divide their lives into categories. Some things they want Jesus to be a part of, but not others. When...
×
×