The Names Of God: ADONAI 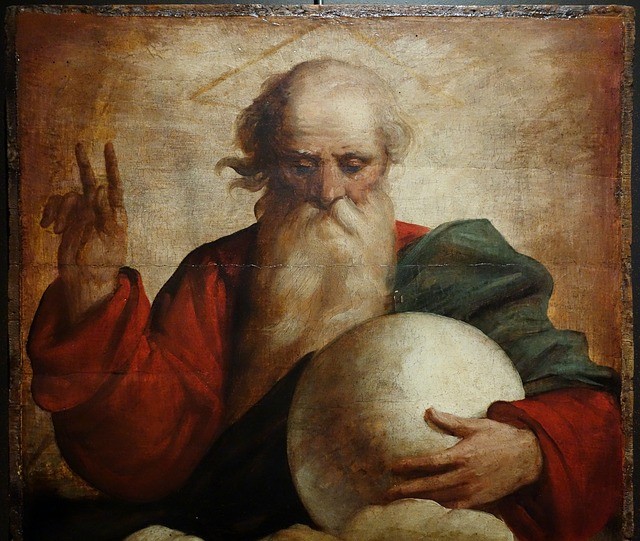 The Hebrew name Adonai is the plural form of the word ‘Adon’ which means ‘Lord,’ ‘Master’ or ‘Owner’ and the word Adon is derived from a Ugaritic* word that means ‘lord’ or ‘father.’ In the Tanakh (Old Covenant), the word Adon can refer to men and angels as well as to God Himself (Ex 34:23) and God is referred to as the ‘Lord of Lords (Deut 10:17). The name Adonai demonstrates yet another facet to the kind of relationship God wants to have with His people. Adonai is our Lord and Master, He is also our ‘Owner’ and we are His ‘slaves’ and this is something that we don’t really like to think about much.

This kind of terminology is foreign to us and even offensive, so take a deep breath and see what Scipture says about this facet of our relationship with God as our Master and we as His slaves. This is a very hard concept for believers to grasp because of the appalling history of slavery throughout the world. Human slavery through human history has been brutal, barbaric, heartless and cruel. The thing about slaves is that they actually have no rights whatsoever. Slaves are different to ‘servants’ because servants are hired, they’re not owned and if they don’t like the working conditions, they can resign and look for work elsewhere whereas slaves have no choice in the matter.

It’s interesting to note as well that in nearly every place of the New Covenant where the word servant is used, the Greek word it represents is ‘doulos’ and the word ‘doulos’ never, ever means servant.

To us, this is absolutely abhorrent because we’ve seen what human slavery has done to countless millions throughout the centuries and shockingly, is still being done today in far too many places around the world. So how do we reconcile this relationship that God wants to have with His children, specifically the relationship of Master/Owner and slave?

Isaiah 52:13, ‘Behold My Servant will prosper, He will be high and lifted up and greatly exalted.’

First of all, I would encourage you to read through Isaiah 52 and 53, these verses are speaking very clearly of Yeshua our Messiah, He is called the ‘Servant’, but the word for ‘servant’ in the Hebrew is the same as the word for ‘servant’ in Psalm 18:1 to describe David; it’s ‘eh’ved’ and it means a slave – or more specifically bond servant. Some have expressed this as ‘love slave.’

History is replete with examples of the abuse and neglect of ‘slaves’ and the Bible has been criticised very unfairly for seemingly to condone and even encourage such slavery. This is not the time to adequately debunk that accusation – others have done so very well, John MacArthur has written a book called ‘Slave’ that deals with this issue in great detail, but I do want to explain the responsibilities of both slaves and slave owners.

Human slavery has shown us the greatest abuses and miscarriages of justice and the Bible, when it talks about slavery is categorically not condoning such things at all. In fact, in the Old Covenant, God warned His people about treating slaves justly and kindly, telling them to remember what it was like to be mistreated when they themselves were enslaved in Egypt.

Adonai and the laws for slaves

God also set laws in place that ensured slaves were not required to work on Shabbat (Ex 20:10), ensuring they had a day to rest, something that was unheard of in the ancient world. God instructed His people not to treat slaves ruthlessly (Deut 25), and God also required that after 6 years of service, Jewish slaves were to be set free and not sent away empty-handed and non-Jewish slaves were to be set free after 15 years!(Deut 15)

If Yeshua, God the Son, submitted Himself to God the Father, and took on the role of a slave (the ‘Servant’ mentioned in Isaiah 52), putting aside His own will in order to fulfill the will of the Father, then we have the highest example of what is required of us.

God the Father called, equipped and commissioned His Son to fulfill the mission of paying for and providing redemption for all who would believe, that’s you and I. So as believer’s in Yeshua, what is required of us?

After washing the disciples feet during the Passover meal just before His arrest – in an act of service that was traditionally carried out by the lowliest slaves, Yeshua said to them about His actions…

John 13:13-16, “You call Me Teacher and Lord, and you are right, for so I am. If I then, the Lord and the Teacher washed your feet, you also ought to wash one another’s feet. For I gave you an example that you also should do as I did to you. Truly, truly, I say to you, a slave is not great than his master, nor is one who is sent greater than the one who sent him.”

We read this passage but don’t often think about what it really means. Yeshua gave us a stunning, even shocking example of what it means to be a slave of the lowliest position of all, the position of washing dirty feet.  While this might seem to be utterly humiliating, remember what the responsibilities are of the slave owner. The slave has one primary role…obey. The slave owner has all the responsibilities and cares for the slave, every aspect of the life of the slave lays directly on the shoulders of the master.

If our God is our Master, is He just? Is He kind? Is He fair? Is He trustworthy? Is He honourable? Does He keep His promises? Does He lie? Does He defraud? Is He cruel?

Paul wasn’t afraid to identify himself as a slave and Yeshua as his owner.

1 Corinthians 7:22-23, ‘For he who was called in the Lord while a slave, is the Lord’s freedman; likewise he who was called while free, is Christ’s slave. You were bought with a price; do not become slaves of men.’

Paul makes clear distinctions here between natural human slavery and being slaves in honour and service to Yeshua because of the price that was paid for us.

Romans 1:1, ‘Paul, a bond-slave of Yeshua Messiah, called as an apostle, set apart for the Gospel of God…’

Paul readily and even enthusiastically identifies himself as a slave to Yeshua…not a natural, physical slave by human standards, but owned and commissioned by Yeshua to serve Him in the proclamation of the Gospel.

There are many verses in the New Covenant that also proclaim us to be God’s adopted children, now sons and daughters redeemed from the slavery of sin but again, this is talking about the spiritual slavery of sin being broken from us and salvation as a free gift being given to us by faith in Yeshua that brings us into the family of God. (Gal 4:7; John 15:15; Rom 8:15-17)

This however doesn’t negate the fact that in this life, we are bought and owned by our Master and we have a job to do and it’s not optional…we don’t get to pick and choose whether or not we preach the Gospel with others and help them grow in their faith as we’re able. This is what we are called to do in our varying capacities.

Somehow we have to reconcile the fact that while in this life, we are to imitate our Messiah by living our lives as bond-slaves to Him and serving the cause of the Gospel while at the same time understanding that we have been adopted into His family and are now His sons and daughters. To do that, we need only look at Yeshua.

When He came to earth, was He the Son of God? Yes. We know this because when He was baptised (Matt 3:16-17) and during the transfiguration (Luke 9:30-35), God Himself declared the Yeshua was His beloved Son and He was pleased with Him. At the same time, Yeshua fulfilled the will of His Father by taking upon Himself the role of a slave, submitting Himself to serve and give His very life so that redemption could be paid for, for all those who would believe.

On the subject of adoption, under ancient Roman law which were the laws under which the people of Israel were subject at the time the New Covenant Scriptures were written, if a slave owner learned to love the slaves he owned and learned to really appreciate all his slave did for him, he could either set him free and emancipate him, or, he could adopt his slave and make him his son. In doing so, Roman law then considered the son equal to any natural born sons in every respect and was considered a full member of his adopted family, ceasing to be a member of his natural born family.

This is a beautiful picture of our redemption; when we are adopted by our Master – Adonai – we are bought and paid for, delivered from the bondage and slavery to sin and are adopted into the family of Adonai, now bond-slaves – love-slaves – serving the commands of our Father for the cause of the Gospel and the glory of His beautiful name.

* Ugaritic is a Northwest Semitic language, discovered by French archaeologists in 1929. It’s know almost only in the form of writings found in the ruined city of Ugarit (modern Ras Shamra), Syria. It has been used by scholars of the Hebrew Bible to clarify Biblical Hebrew texts and has revealed ways in which ancient Israelite culture parallels in the neighbouring cultures.