The Names of God 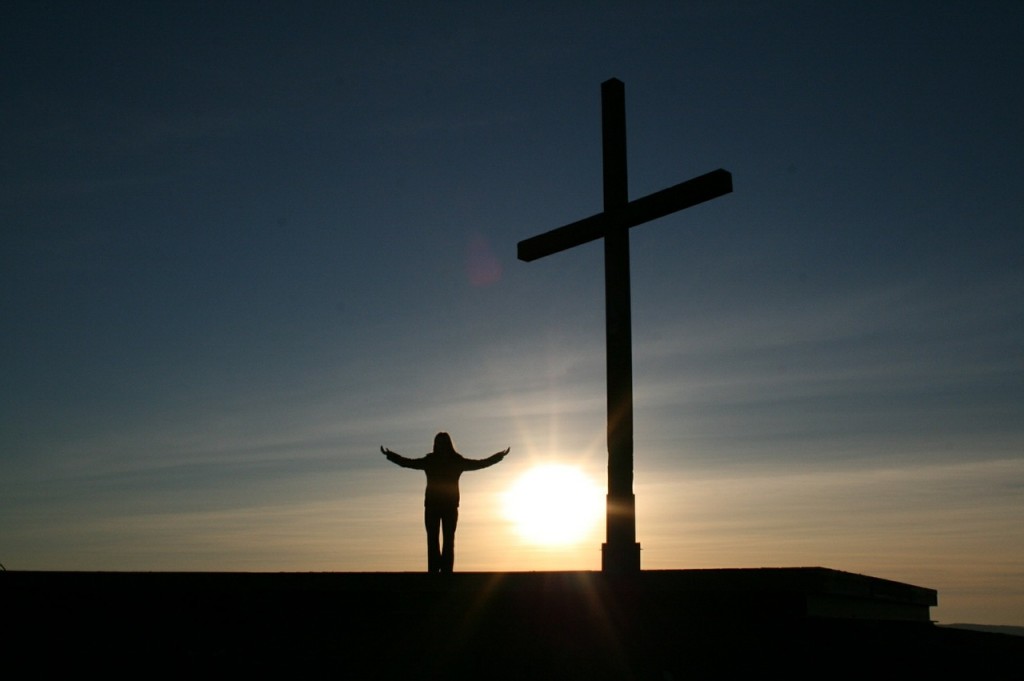 El Shaddai is another of God’s names. God didn’t reveal His names to the Patriarch’s or His people all at the same time, but rather He revealed Himself and different aspects of His nature and character through His different names during different circumstances that they were experiencing and it was in these situations that they learned how deep and wide and powerful and complex their God really is.

There are quite a few places in Scripture where God is referred to as El Shaddai, 31 times in the book of Job and 17 times elsewhere. I want to look specifically at 5 places.

Firstly, God revealed Himself as El Shaddai to Abram when God made a covenant with him to bless him as a national people. El Shaddai – God Almighty – a God making a covenant.

Genesis 17:1-2, ‘Now when Abram was ninety-nine years old, the Lord appeared to Abram and said to him, ” I am God (El) Almighty (Shaddai); walk before Me and be blameless. I will establish My covenant between Me and you, and I will multiply you exceedingly.”‘

Secondly, God blessed Jacob through his father Isaac when Isaac sent Jacob to his in-laws to find a wife from among them. Isaac reminded Jacob of the covenant of El Shaddai – God Almighty and the covenant of becoming a national people promised to their patriarch Abraham and also the covenant of the land.

Genesis 28:3-4, Isaac said, ‘”May God (El) Almighty (Shaddai) bless you and make you fruitful and multiply you, that you may become a company of peoples. May He also give you the blessing of Abraham, to you and your descendants with you, that you may possess the land of your sojourning, which God gave to Abraham.”‘

Thirdly, God spoke to Jacob directly to reconfirm His covenant that He’d originally made with Abraham which was to continue through him and his descendants. This was yet another promise by God regarding His covenant to make the Patriarchs and their descendants into a national people. Interestingly, when God speaks to Jacob this time, God changes Jacob’s name to Israel and also confirms the second covenant that God made with Abraham and Isaac; the covenant of the land itself. So God confirms two covenants – the covenant of Jacob’s descendants becoming a national people and the covenant for their own secured bordered land.

Genesis 35:10-12, ‘God said to him, “Your name is Jacob; you shall no longer be called Jacob, but Israel shall be your name.” Thus He called him Israel. God also said to him, “I am God (El) Almighty (Shaddai); be fruitful and multiply; a nation and a company of nations shall come from you, and kings shall come forth from you. The land which I gave to Abraham and Isaac, I will give it to you, and I will give the land to your descendants after you.”‘

Fourthly, El Shaddai is used in Scripture is during the time that Canaan was experiencing great famine and Jacob’s sons needed to travel to Egypt to buy food; they were not aware that their brother Joseph was the Prime Minister and Joseph had warned them not to return to buy more food unless they brought their youngest brother Benjamin with them. Jacob didn’t want Benjamin to go because he was still grieving the loss of Joseph but eventually he relented and put Benjamin into the care of his older half brothers. Jacob’s response was to refer to God as El Shaddai – the God who had made a covenant with him to make of his sons a national people. Jacob used the name God had revealed to him when He had confirmed His covenant of a national people.

Genesis 43:13-14, Jacob said, “Take your brother also, and arise, return to the man (Joseph); and may God (El) Almighty (Shaddai) grant you compassion in the sight of the man (Joseph), so that he will release to you your other brother (Simeon, who had been forced to remain behind in Egypt as a surety) and Benjamin. And as for me, if I am bereaved of my children, I am bereaved.”

Lastly, when Jacob was very old and had been restored to his son Joseph whom he thought was dead, he was frail and in bed and Joseph went to him with his own two sons for Jacob to bless them. Jacob once again spoke of God’s covenants during that visit with Joseph. He reminded Joseph that not only had God promised to make his descendants into a national people, but that they would possess a national land with national boundaries and that this land covenant would last forever!

Genesis 48:2-4, ‘When it was told to Jacob, “Behold, your son Joseph has come to you,” Israel collected his strength and sat up in the bed. Then Jacob said to Joseph, “God (El) Almighty (Shaddai) appeared to me at Luz in the land of Canaan and blessed me, and He said to me, ‘Behold, I will make you fruitful and numerous and I will make you a company of peoples, and will give this land to your descendants after you for an everlasting possession.'”‘

The first time Abram learned this name of God, he was 99 years old and beyond the normal age of fathering children. Sarah too was well beyond the age of child bearing and yet God was revealing something about His nature and character. God had already revealed Himself as Elohim – the One and only God that is incomparable to any other God and through Him alone was everything created – and He had revealed Himself as El Roi – the God who sees everything and everyone in every place and in every circumstance – and now He was revealing Himself as the only God who would make unconditional and everlasting covenants with His people that by human standards are absolutely impossible.

Abram and Sarai were far too old to produce a child, but God Almighty – El Shaddai would see to it that they did. Isaac and Rebecca only produced 2 sons and even that was a struggle, and one of them was rejected by God for his rebellion!

From Jacob God promised to fulfill His covenant to build a national people and what’s more, they would posses – eternally – a national homeland that at that time was occupied by rebellious and very wicked pagan tribes.

Jacob’s sons who were themselves a bunch of very rebellious and disrespectful young men, except for Joseph, were the founding fathers of the Twelve Tribes of Israel who would make up the national people of Israel and even then, they should never have survived to this day but they have.

So many different nations and empires have attempted to annihilate them and yet they’re not only still among us, but they’ve returned from the four corners of the earth and have been re-established in their ancient covenant land just as God promised. He is God (El) Almighty (Shaddai)

There have been a number of scholars who believe that the name El Shaddai is a kind of reference to a feminine side of God’s nature and they come to this conclusion because the word in Hebrew for breast is ‘shad’ and therefore, they believe ‘Shaddai’ is derived from ‘shad’ and describes God as like a mother that nourishes. However, when you look at the places ‘Shaddai’ is actually used, you discover that it comes from the root word ‘shadad’ that doesn’t have a connected to ‘shad’ at all. It’s an easy assumption to make when you read the passages where El Shaddai is used because it’s referring to God’s promise of Abraham’s descendant’s being greatly multiplied.

But the text itself doesn’t actually refer to breast in any way. I once heard God as El Shaddai described as the many breasted one, which I later became quite troubled by because this is actually a description of the pagan goddess Artemis, also known as Diana of the Ephesians. She was a fertility goddess and the depiction of her in the temple of Artemis in ancient Ephesus showed her festooned with many breasts to emphasise her fertility attributes.

The ancient rabbi’s broke the name ‘Shaddai’ down even further; ‘sha’ which means ‘Who’ and ‘dai’ which means ‘enough’. El (God) Sha (who) Dai (enough). 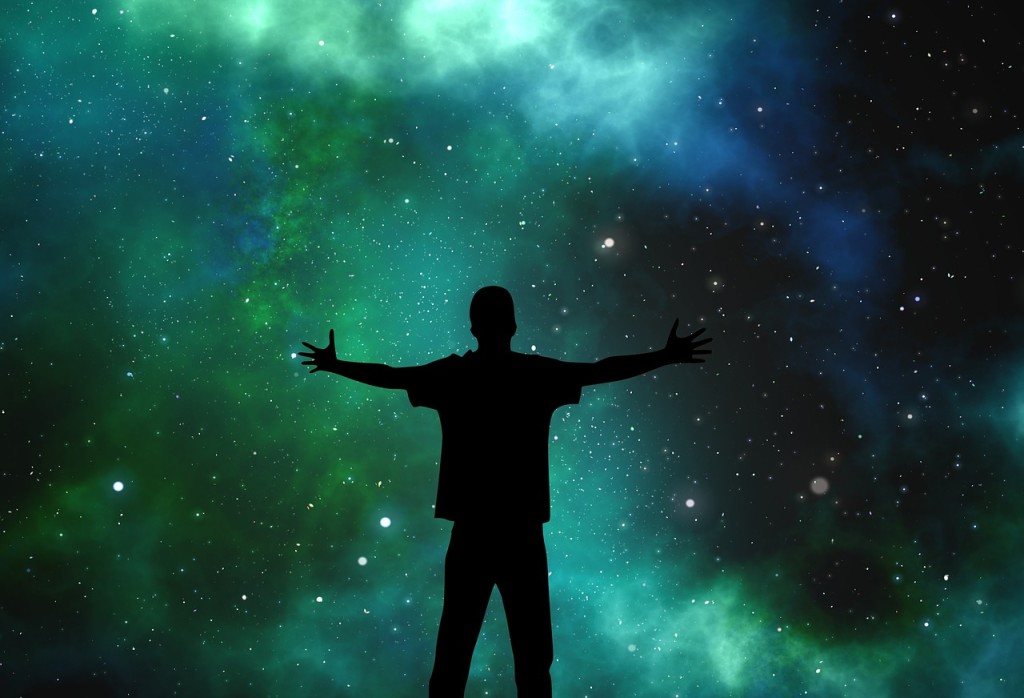 Our God is nothing like the gods of the nations and feel I personally very uncomfortable describing Him in any way that likens Him to any false pagan deity.

El Shaddai is God Almighty and in order to really understand the full and accurate meaning of this name, you would have to be El Shaddai!

One thing we can be absolutely certain of, God Almighty – El Shaddai – has made covenant promises both to His people Israel (the Jewish people) and also to His Gentile people who have been grafted into His family through the New Covenant that He made with the house of Israel and the House of Judah – we are welcomed in – and if God cannot break His promises to Israel, He cannot break His promises to us! El Shaddai keeps His Word.