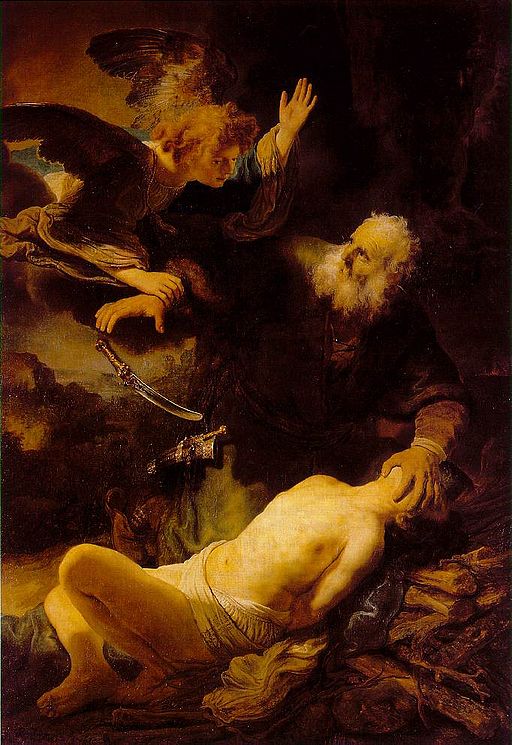 Genesis 22:10-14, ‘Abraham stretched out his hand and took the knife to slay his son. But the angel of the Lord called to him from heaven and said, “Abraham, Abraham!” And he said, “Here I am.” He said, “Do not stretch out your hand against the lad, and do nothing to him; for now I know that you fear God, since you have not withheld your son, your only son, from Me.” Then Abraham raised his eyes and looked, and behold, behind him a ram caught in the thicket by His horns; and Abraham went and took the ram and offered him up for a burnt offering in the place of his son. Abraham called the name of that place ‘The Lord with Provide,’ as it is said to this day, “In the mount of the Lord, it will be provided.”‘

The amazing thing about the names of God as we’ve already seen in a number of them is that God reveals a great deal about His own nature and character so that we can understand to a degree what He’s like.

God revealed Himself to Abraham as all powerful and as a God who sees absolutely everything and from whom nothing can be hidden. He promised Abraham a child through Sarah his wife and that from this child, God would raise up an entire national people from whom there would comes kings and princes. Quite remarkable really because both Abraham and Sarah were both well, well beyond the age of child bearing.

God had revealed to Abraham and Sarah that while He was a God who set the natural world in its place and that it would run according to natural laws, God also revealed that He is so powerful He could even defy those natural laws and cause a barren couple in their very old age to produce a child.

We know that God is a God who keeps His Word, but God spoke to Abraham and asked of him something incomprehensible.

Genesis 22:1-2, ‘Now it came about after these things, that God tested Abraham, and said to him, “Abraham!” And he said, “Here I am.” He said, “Take now your son, your only son, whom you love, Isaac, and go to the land of Moriah, and offer him there as a burnt offering on one of the mountains of which I will tell you.”‘

Can you imagine for even a second the kind of horror that Abraham must have felt when God commanded him to do this terrible thing? Abraham knew that God was opposed to human sacrifice, it’s one of the reasons God called Abraham out of his own people and away from the land where he was born because God wanted to separate him from the pagan practices of the Chaldeans and teach him about Himself without all those external influences.

With all that Abraham already knew about God and His nature and character and His righteousness, Abraham had absolute trust that God would keep His word. The promise of an entire nation of people had to come from Isaac and if God demanded that Abraham offer his son as a sacrifice, then God would have to raise him up in order to keep His promise. Could God do that? Yes, God had already shown Himself to be all powerful and able to see everything before it happened. Abraham was without question a weak man at times, but he was definitely a man of faith.

There’s a much deeper and intensely significant purpose behind the binding and near sacrifice of Isaac however.

Genesis 22:1 reveals that God wanted to test Abraham. Because God is sovereign and He already knows the end from the beginning, He already knew that Abraham would pass the test, but until he was tested, Abraham didn’t know he could pass such a test. When Abraham told Isaac that God would provide for HIMSELF a lamb for the burnt offering, he absolutely believed that, and God did provide right there on the mountain top a lamb, or specifically a ram.

John 5:39, Yeshua said to the religious leaders, “You search the Scriptures because you think that in them you have eternal life, it is these that testify about Me.” 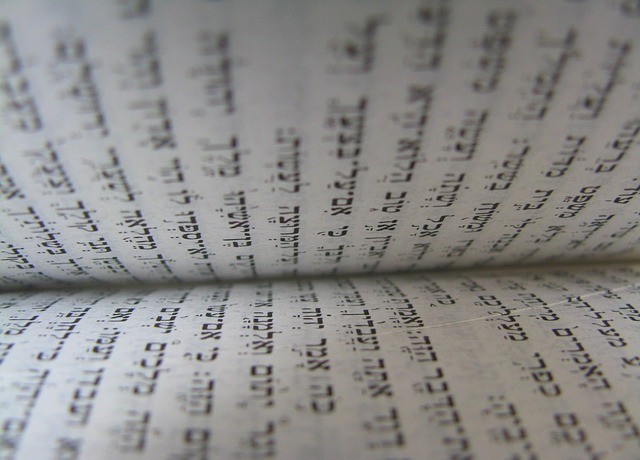 Yeshua was saying to the religious leaders that everything they were reading in the Old Covenant Scriptures was actually about Him. How then does the story of the binding of Isaac actually refer to Yeshua?

Before God created the first person, in fact before He created anything, He already knew what would happen in Eden and that a plan of redemption would be required.

1 Peter 1:18-21 tells us that, ‘Knowing that you were not redeemed with perishable things like silver or gold from your futile way of life inherited from your forefathers, but with precious blood as of a lamb unblemished and spotless, the blood of Messiah. For He was foreknown before the foundation of the world, but has appeared in these last times for the sake of you who through Him are believers in God, who raised Him from the dead and gave Him glory, so that your faith and hope are in God.’

Revelation 13:8, ‘All who dwell on the earth will worship Him, everyone whose name has not been written from the foundation of the world in the book of life of the Lamb who has been slain.’

God is a God who makes covenants and God had already made two covenants with Abraham when He commanded Abraham to sacrifice Isaac, so what was God’s plan?

God was about to make another covenant with Abraham and this time it was directly focused on Abraham’s son Isaac. The rules of a covenant require both parties to abide by the same terms and conditions, the covenant of the land and the blessing of a future national people were one sided, made by God with Himself on behalf of Abraham placing no terms and conditions on him at all. In fact, out of all the covenants that God made with Abraham and later with David and the people themselves, there was only one covenant that was actually conditional on both parties and that was the Mosaic covenant. The Mosaic covenant was the covenant of the Law and by making that covenant, it revealed to the Hebrews that no matter how many rules or regulations they had, they would never be able to obey them all and they would constantly be making sacrifice for the covering of sin. Their sinful state, driven home by the regulations of the Law would show them why they so desperately needed a Saviour.

The covenant God made with Abraham and His Son Isaac however, had incredible implications for all humanity.

When Abraham took Isaac to Mt Moriah and built an altar there, bound him and laid him on it and then raised his hand with the knife ready to take his life, God knew – and Abraham knew – that no matter what, Abraham would not withhold anything from the Lord, even the most precious thing he had…his son.

This set in motion the very plan of redemption that God had established from before the creation of the world.

2000 years after the binding of Isaac, another Father sent His Son to Mt Moriah, He was bound, beaten, tortured and nailed to a cross. Abraham didn’t withhold his son, and in keeping His covenant, Jehovah Jireh didn’t withhold His Son on the very same mountain top. He was sacrificed in order to stop the plague of sin, just like when David made sacrifice on Mt Moriah on Ornan’s threshing floor, that stopped the plague of death that had resulted from David’s sin.

God had indeed provided HIMSELF, the Lamb of God, spotless and without blemish, who takes away the sins of the world. (John 1:29-30)