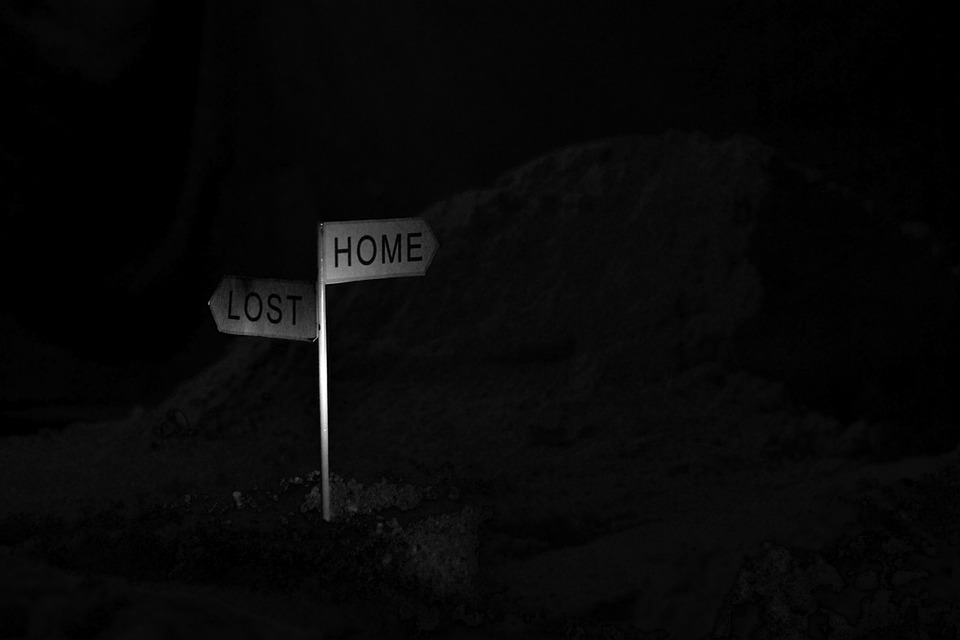 Pauline Sangham is a Christian radio broadcaster from South Africa. Her show has more than 60,000 listeners, but like every Christian, she has struggled with her faith. When she was wrestling with difficult questions, God sent Pauline a vivid dream which revealed both hard truth, and amazing hope.

Most of us think about our lives as journeys. Pauline points out that when things are going well for us, we just think about travelling. We don’t worry much about the destination of our life journeys. But when we stumble over rocks and stones, then we start asking ourselves where we’re actually going.

‘You fall down, and when you turn around, there’s no one to pick you up,’ Pauline said. ‘Then you look for someone. And that’s when I found God.’

Finding God, and returning to church, was one of the best experiences of Pauline’s life. She says the Holy Spirit connected with her in ways she can’t explain. When she was out in the world, she felt empty, but in church, she felt fulfilled. ‘And those tears that you have in the church are so different from the tears that you have out there.’

Pauline realised that if she wanted to live like Christ, she had to study the Word. It was then that God started to help her overcome her struggles. ‘Only when I was prepared, when I was ready, when I had proven my relationship with God, was the Holy Spirit able to come into me, and answer those questions that I’d had for many years.’

‘When you ask, and your faith is strong, he will answer you,’ Pauline said.

God sent her a series of dreams and visions, showing her Africa, India, Europe, the Middle East. ‘And the one thing that actually came across in these dreams,’ she explained, ‘is that the harvest is ripe, but the labourers are few.’

In the last of these dreams, Pauline found herself standing between two roads. On her right, was a beautiful modern road with five lanes, and many people walking on it. But ahead of the crowd, she could see the road was broken, and blocked by fire.

On Pauline’s left was a very different road, which lead to a ray of light. ‘It had a picket fence. It had a lot of greenery. And I saw this road and I said, why can’t they go onto this road? And then I heard the voice say to me, you have to go and tell them.’

She tried to explain to the people on the busy road that they would fall into the fire. But they all ignored her warnings, and rushed past her toward the flames. ‘I said I’m trying to tell them, and they don’t want to listen. And then the voice tells me, as long as you told them, your work is done. And it was so amazing, and so liberating.’

Pauline returned to the crossing, and this time, each road had a sign announcing its name. The road on Pauline’s right was called Freedom Road. The road on her left was called Persecution Road.

It was then Pauline realised that standing at the end of that left-hand road, in the ray of light, were Jesus and his disciples. ‘In the dream, I just got to my knees, and I started to cry. And I said Lord, the way to you is through Persecution Road.’

Pauline knew then that the only way to Christ is down that less travelled road, through living like he did, despite trials and tribulations.

‘So even if you’re going through difficulties, and you’re doing the right thing, you’re on the right road.’

‘And I always say bring it on Satan. Bring it on! Put me through my persecution. I know that I am walking toward the right direction, to heaven.’

God has shown Pauline so much of the world’s pain, and the difficulties to come. But the message he gave her in that dream is the message we all need. She’s made it her mission to transmit that message to her hungry listeners in South Africa. ‘The harvest is ripe, the labourers are few, and we are the labourers. The world is searching, and they’re crying for God. It’s our job to go out there and give them the Gospel.’

At Vision, we want to spread that same message across our nation. We want to equip the labourers who tune in every day to go forth and talk about their faith. And we want to tell those who are stumbling and struggling that Jesus is with them on their journey through persecution.

This Visionathon, help us bring God’s truth and hope to every Australian.