Pointing the Way of Hope in a Culture of Fear 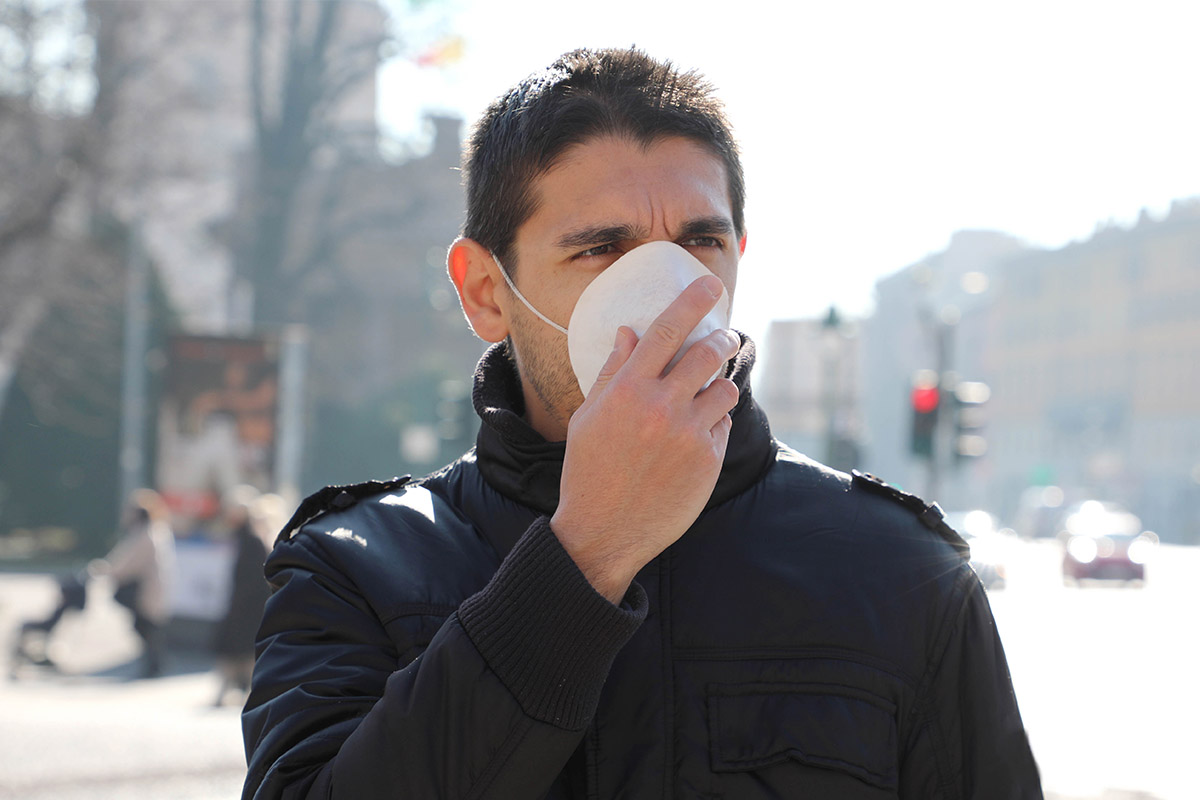 Which would you say has been the bigger contagion— Coronavirus, or the whirlwind of fear and uncertainty nurtured by constant commentary about it?

Fear and viruses are remarkably similar in nature. Both can become wild epidemics generating widespread uncertainty and sometimes even panic. But the reality is that our fears of the unknown are usually far bigger and more real than the threat itself.

Yet strange and irrational behaviours can emerge—like the mass panic-buying of toilet paper that we saw just weeks ago (and why TP and not other essentials, like food??).

Our media loves to highlight fear because it pushes our buttons. And they’re giving it to us in spades—for example, on March 4 (8.30pm) the word ‘Cornavirus’ appeared a staggering 82 times on the homepage of the ABC news website—yet at that same time the word “Nashville” did not appear even once, even though less than 24 hours earlier, 22 people had died in this far-off city due to tornadoes.

You don’t have to look too far to see the fear factor. This summer past, unrelenting coverage of Australia’s fire crisis left even those in no danger at all feeling anxious and uncertain. Internationally, holiday-makers cancelled their trips on seeing maps with our entire continent apparently ablaze.

And then when the rains came, a new fear caught our attention—a fear of flooding!

God is far bigger than anything we might fear.

We are so influenced by our emotions that social media experts teach that for a headline to go viral it needs to have the right ‘infectious agent’—ingredients that trigger deep, primal emotions like awe, anger, anxiety, fear, joy, lust, surprise or shock.

Of course, not all fears are irrational. For many, fear and anxiety are very real and ever-present backgrounds to daily life because of genuinely threatening or dire situations. But God is far bigger than anything we might fear—its why He tells us so often to fear not (500+ times in the KJV) and additionally to fear God, which really means reverence Him alone and do not fear anyone or anything else.

Part of the chaos that we’re living in today is a direct result of the untruths and lies that are told to us every day by people who have lost sight of God. We are constantly being exposed to a way of thinking that doesn’t necessarily align with His vision for the world.

So many casually bounce along, unaware of what’s really going on underneath and in the process are being overtaken by the fears and worries of this world.

And if we don’t come to that knowledge of God’s truth and His vision for us, what does that mean for Australia?

What does it mean for our children and the heritage of our faith to be passed on?

Here at Vision, we are committed to upholding the truth and good news of God across Australia through media, offering a lifeline of love and encouragement to people across our nation, reminding all who will listen about God’s promises such as 2 Timothy 1:7…

God has not given us a spirit of fear, but of love, power and a sound mind.

We can’t do this alone. THANK YOU for your support in these ‘interesting’ times as we look forward to the return of Jesus and seek to let every Aussie know of the security only He can provide.

This February, Vision Christian Media invites couples to join our livestream of Focus on the Family’s Marriage and Money tour!

“Parents have had it. They want a quality education for their children, then they will take care of the parenting at home.”

The Vision180 magazine and a youth retreat lead to revival in the hearts of young people.
Articles, Vision Today

A lot of people in prison are looking for answers, and many are broken and really searching for meaning and...
Articles, Vision Today

The Right Word At The Right Time

Seeking answers when listening to Vision Christian Radio, Jane and her husband heard God speak to them. Giving an...
Articles, Vision Today

Each year we hear thousands of stories of how people across Australia have grown close to God daily. All of these are...
Articles, Vision Today

Before we can be filled to overflowing, we must be willing to empty ourselves of those things that would hinder the...
×