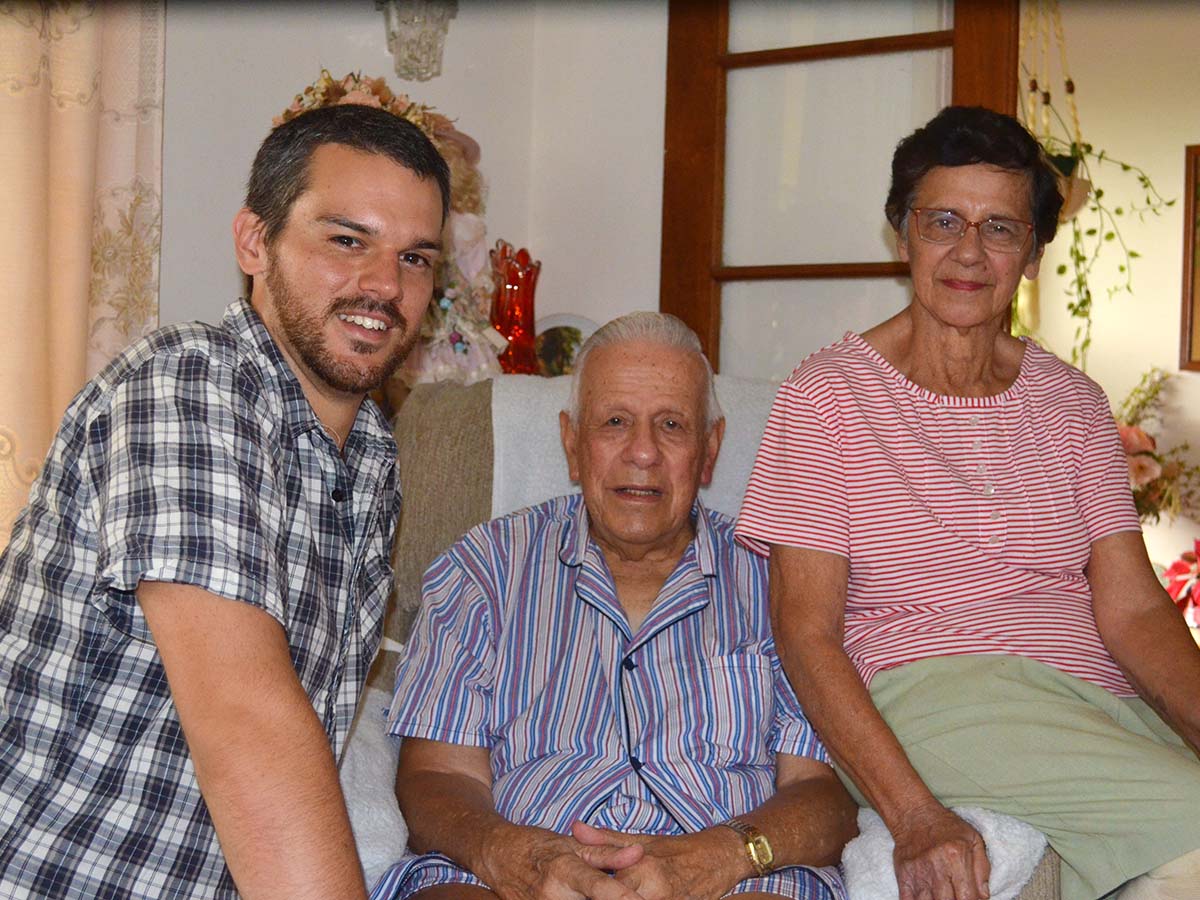 The same is true of Vision’s ministry—30+ years in, we now stand on the shoulders of faith filled people who saw the potential of what God could do, even though the reality in front of them painted a very different story.

Max and Gwen Poulier are a great example (pictured). On 1 February 1999 their home in Beaudesert Queensland became the first location in Australia to broadcast a fledgling new Christian radio station called Vision, on a whole one watt of broadcast power. It was humble partnership combining the passion of two everyday people and a vision for reaching every Australian with the good news of God through media. In the big picture it was a drop in the ocean, but it was an important start to what is now unfolding into a wide-reaching ministry helping hundreds of thousands of Aussies look to God daily.

In June this year, at the good old age of 91, Max went home into the presence of our Lord. His family and his darling wife of 66 years miss him terribly, but at the same time they are rejoicing that he has gone Home to be with his Saviour whom he loved.

We are so incredibly grateful for the great faith shown by people like Max and Gwen in the very early days of this ministry—soon their faith was joined with people in other towns… two, then four, then eight and hundreds more. Today Vision is using many different media tools to reach people where they are with the good news of God 24/7 all across Australia.

As we grow the opportunities get bigger—like the 10,000 watt radio licence we’ve just secured for Hobart (praise God!). In those early days, securing a high power FM service in a state capital must have seemed an impossible dream, but it is just a reality as more and more people have joined their faith together. By faith, there are bigger things to come!

Another ‘early adopter’ of the potential in Vision’s ministry was an incredible lady named Faith McNickle who helped establish station number two.

At that time, Faith was living in a nursing home and had heard about the dream that Vision had to establish Christian radio across Australia. She had a reasonable sum of money that was part of the estate of her late husband.

Getting the right tools for any job costs money, and back then Vision was still finding its feet and building credibility. $35,000 was needed to buy a radio license for her town, which was a large amount for a small and relatively unknown organisation. When Faith found out how much money would be required, she was determined to make it a reality by donating the entire amount! But some in her church opposed the idea, telling her that it was a risky investment in an organisation that was at that stage, an unknown quantity.

They thought she was crazy, but Faith would not be swayed. Thanks to her belief in the mission, and her incredible generosity, Vision was able to get that license on air. Both Faith, and one of her close friends in the nursing home listened to the station and they also started getting ‘The Word for Today’ and our newsletter.

Once when former CEO Ian Worby visited Faith, he discovered that she had taken a pair of scissors and cut out the photos of the entire Vision team. “We were all sitting up on the mantelpiece in her room!” he said. “Faith felt that Vision was her family, and she prayed faithfully over us every day.”

Faith established a lasting legacy, and it’s a truly amazing story of how God raised up the right person at the right time. It’s also an illustration of the widow’s mite, because Faith was a widow and didn’t have any family to speak of.

Without the foundations of those early risk-takers, Vision wouldn’t be what it is today.

There are many stories we could tell. The dairy Farmer who had only recently discovered Vision, gave generously because he could so clearly see what God could do through Christian radio. The young widow who sowed a seed of faith. The builder who felt challenged by God to step out of his comfort zone, committing to match every donation that came in over a 2-hour period during a Visionathon appeal (with no limit – talk about putting your out there!)

Whether in remote communities or the big smoke, we stand together on the shoulders of those who have gone before, carrying the flame that they ignited years ago.

Australia’s first minister, Rev. Richard Johnson, arrived with the first fleet on the 20th of January 1788. Then, on...
×