Blind Sisters See Each Other for the First Time

Riya, 13 and and her sister Najmin, 16 are from a remote village in Northern India.  In the months following their births, both sisters went blind from cataracts. We met these incredibly shy and quiet sisters at the CBM Hospital in Nepal, where it was evident that not being able to see had locked them both into an incredibly small and world.

They were too shy to even speak, and had both were constantly looking down at the ground.

Their parents spoke on their behalf during our time with the family and it was clear, from the tears in their father’s eyes that still to this day, they have so many hopes and dreams for their daughters to do whatever they want with their lives, but without the financial means to investigate the cause or cure for their daughters blindness, they just accepted that they would be locked in this dark world of blindness forever.

Many families in this part of the world actually hide away their children with disabilities, it is only when CBM’s screening clinics go out into the furthest parts of the developing world that families like Riya and Najmin are found.  They are given a hope of a future that they never thought existed.

What are their lives like now having never seen each other, their parents or the beautiful colours of the world God created?

“I’m very sad that they both can’t see and live their lives in a normal way,” the girls father shares wiping the tears from his eyes.  While most teenage girls are learning to become independent, the only way the girls get around and out of the house now is by being lead around by their cousins.

A father’s rare hopes and dreams for his daughters

The CBM team shared with us that most fathers in this culture want their daughters to see so they can attract a suitable husband, so it was incredibly rare to hear Riya and Najmin’s father say that after they get their sight back he wants them to go to school, “so they can become teachers or whatever they want to do with their lives”.

Now that they know there is hope of getting their eyesight restored, the girls are most looking forward to “being able to read and write in a proper manner”.

“It’s a very happy moment for us that people are sending donations to make our dreams become possible and I hope they keep doing this great job.  I’m very happy, and maybe some other people like us can get help just like we did.”

The girls are incredibly close with each other, almost like twins, both bonded together within a similar destitute.  They are mostly silent in this bond, but we are so excited for the world that is about to open up before them when their sight is restored.

The day after meeting the girls, it was time for them to receive their own Miracles – the gift of sight-saving surgery which costs just $33, and is generously donated by Australians through Miracles Day.  This amount sounds small to us, but to those living in poverty in these parts of the world, it might as well be a million dollars.

In the video below, watch as Alex follows the sisters getting cataract surgery.  As the girls had cataracts in both eyes, they received the first cataract surgery on this day and the next in a month’s time.

Alex was blown away with emotion after witnessing the surgery.  “It’s just amazing. It was so quick. $33 and she’s had her life changed.  It’s pretty amazing.” Alex said fighting back the tears.

After processing the emotion of witnessing just how much this surgery was going to Riya and Najmin’s lives, it was suddenly Wednesday and time for the girls to get off their eye patches, and see each other and their parents for the very first time. 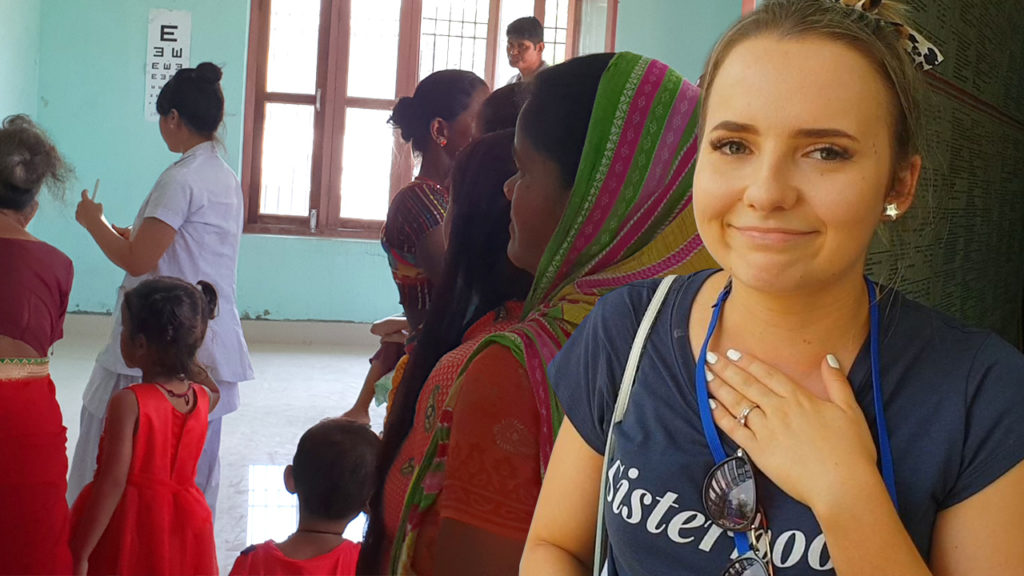 Where People Find Miracles in Nepal 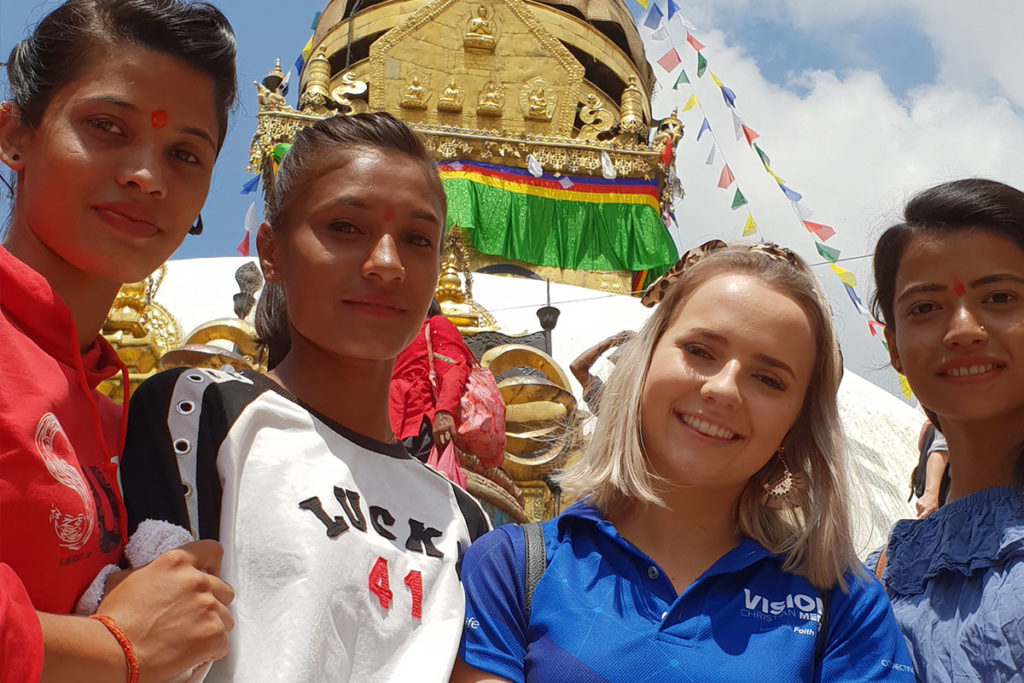 Alex becomes a tourist attraction and then faces her fears of wild monkeys. 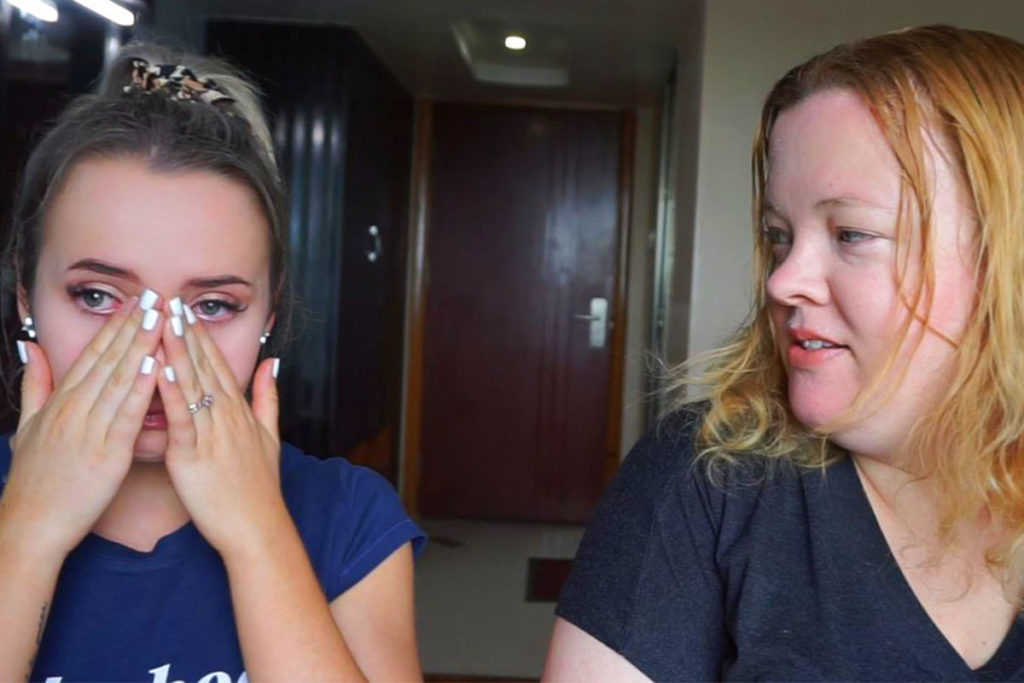 After 36 hours in Nepal, Alex and Haylie share their first impressions of visiting a developing country for the first time and God’s unwavering love for those in desperate need. 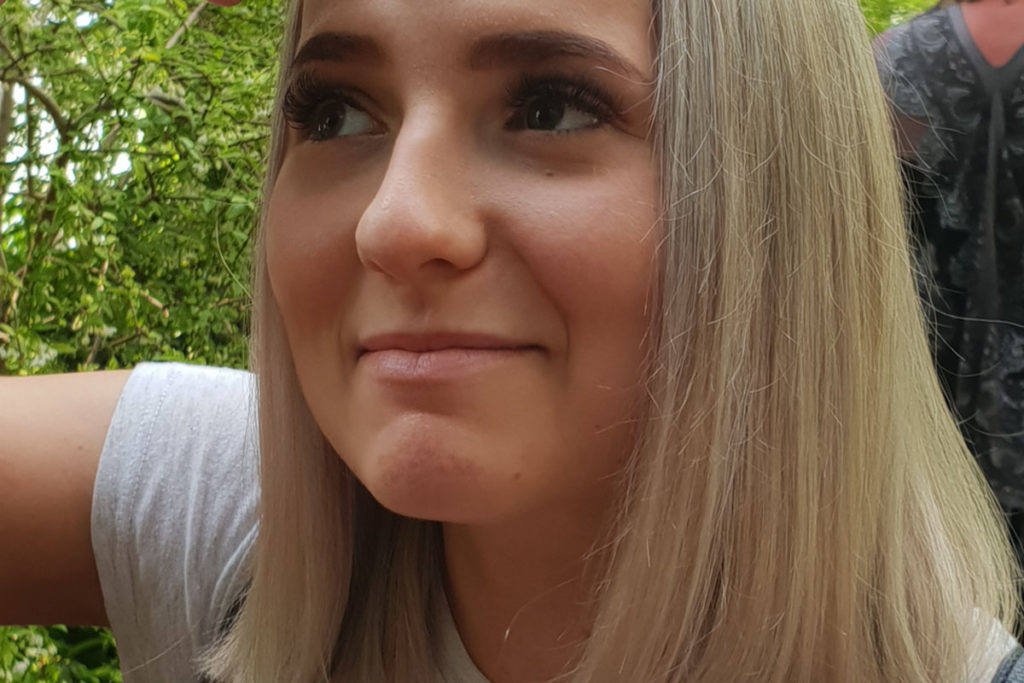 Miracles Day in Nepal – Alex Gets Lost Flying to Nepal

Alex has made it from Australia to Nepal, but not without getting lost a few times on the flight over…