How do you answer the question about how could an all powerful and all loving God allow so much suffering in the world? And how can we believe in God in the midst of pain and suffering?

“I want you to know that I’m not just talking out of a vacuum of philosophical understanding. I’m talking out of a life that has lived through a lot of pain. I was in my 20s when I lost my mother, and if it were not for my mother I would not have made it. She was the only one who had the hope that I could somehow be rescued in life, and to lose her that early was hard.”

“I lost my Dad five years after that. In the 1980s I injured my back very badly, and have had two major heart surgeries. As I stand here before you, I have two titanium rods in my back that goes from L3 to S1 and I’m bolted down with eight sets of screws and four clamps.”

“Logically you have to evaluate the question and God has to remain in the paradigm. If that is the case, then we have to realise that what has ultimately brought evil and suffering in this would is our departure from God.”

“Sin is a violation of purpose. We have departed from Him and the solidarity of our humanity has that ripple effect where it comes upon all of us – pain, suffering, anguish. And when we come back to Him, we come back by faith and by His grace in order to sustain us and give us that day to day strength.”

“So if you are suffering as a person asking this question, I just say to you. When belief in God becomes difficult our tendency is to turn away from Him.”

However it’s when we have exhausted our own store of endurance in getting through a day of suffering that God gives us more strength, more grace. To affliction God adds His mercy and when trials are multiplied so is His peace.

“When our strength has failed, and the day is half done. When we reach the end of our hoarded resources, our Father’s full giving has only just begun. His love has no limit. His grace has no measure. His power has no boundaries known unto men. For out of His infinite riches in Jesus, He giveth and giveth and giveth again.”

“The grace of God that sustains you will be the testimony that will carry you ultimately to the end of the day.”
It’s not a walk in the park but Ravi says he never would have dreamed that he would have had to live with the type of ailment that he is currently living with. He had no idea when he first injured is back all those years ago how it was going to change his life.

In the video above, Ravi then shares about the miraculous healing from pain he received in his back which came about after God gave a word of knowledge to his friend who then prayed for him (8:30 minute mark in the video). And this story has become a powerful testimony that Ravi can now share with others about the truth and saving grace of our God almighty.

“But I just want to tell you that God works on a timetable,” Ravi concludes. “He didn’t come for Lazarus when they wanted Him to come for Lazarus. If you’re struggling with a personal physical affliction. God works with a timetable and don’t be shocked if one day He meets you in that need and you are well again.”

“It may be in the ultimate translation into His presence. I can’t guarantee how it will work. I can only tell you as a Christian apologist who lives with so much thought. My heart has been strangely warmed by the miracle of His healing 28 years after my injury.”

“He works on a timetable. You can become a shining light even in your pain to a world that is desperately looking for examples in that.”

“When you are looking to be mentored and discipled, look to somebody who has suffered much and whose faith in God has remained unshaken. Those are the mentors I look for.” 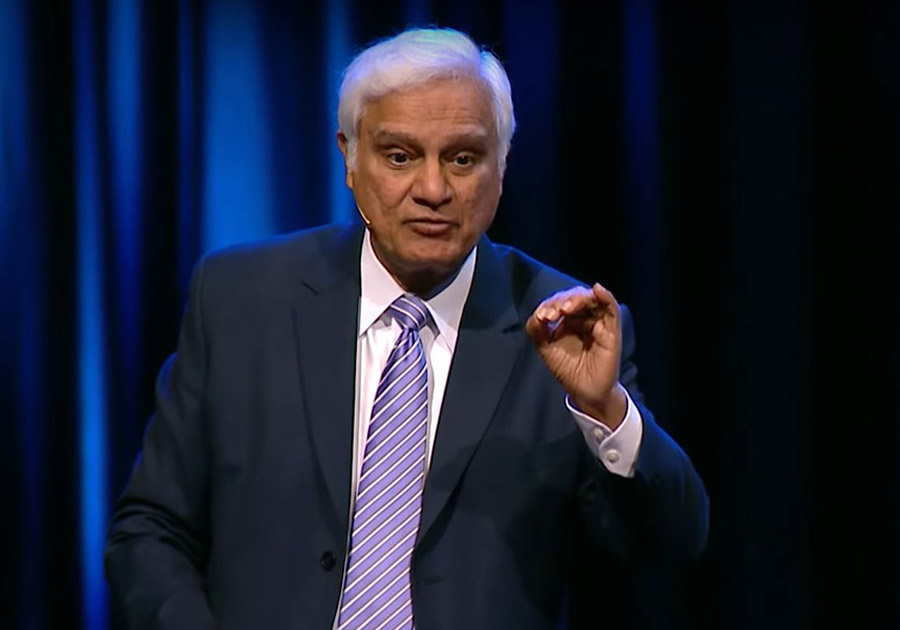 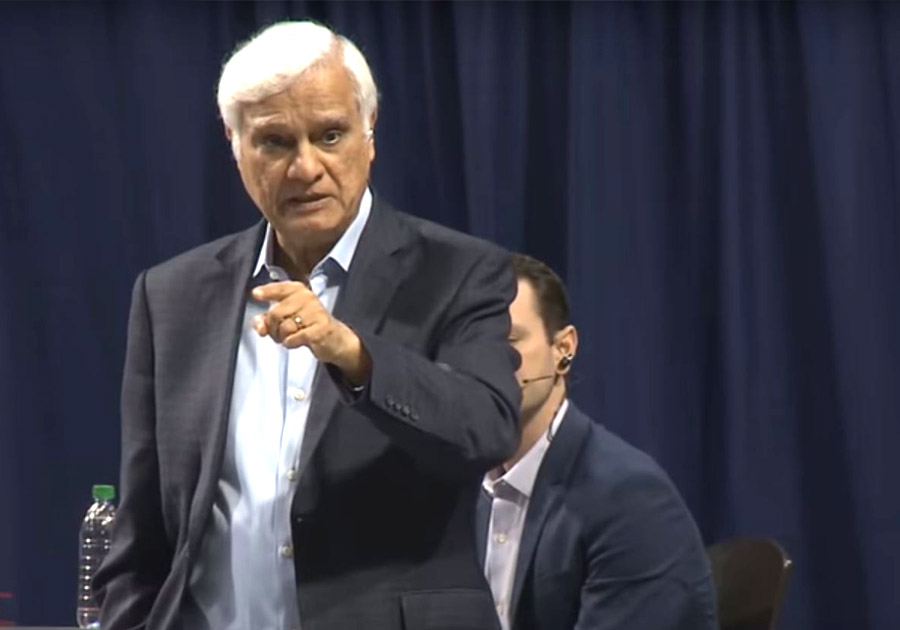 Why Did God Create Sin and Satan?