10 Commandments for These Divided Times 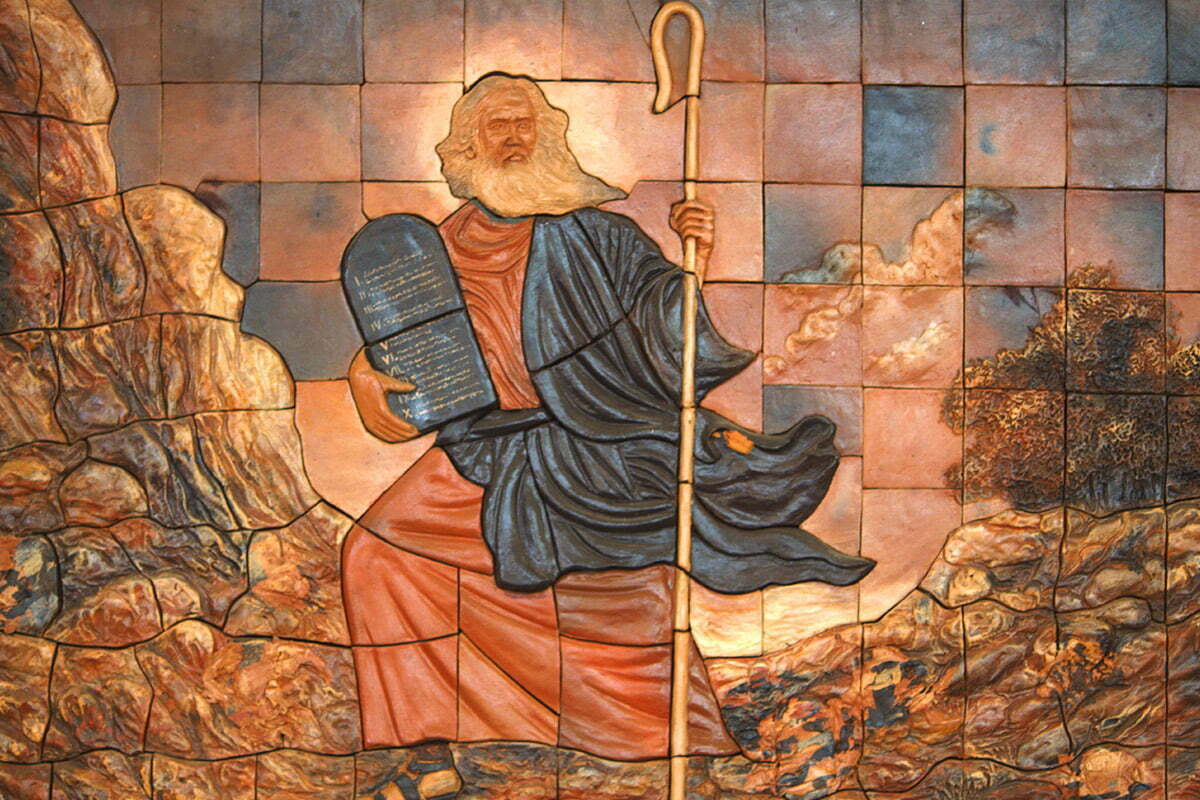 A few years ago, researchers did a fascinating experiment. Wanting to know when people would step in to help a stranger, they asked participants to watch a woman named Elaine experience a series of mild electric shocks. The observers were told a little about Elaine beforehand, including her personal values and interests

The experiment began. But in a pre-arranged dramatic twist, Elaine started exaggerating her response to the shocks, prompting an assistant to walk in and suggest one of the observers take her place. Who would do it? It turned out those who shared Elaine’s values and interests were four-times more likely to step in than those who didn’t.

We are more prone to help those who look, think and believe like us. That’s hardly news. But it’s certainly a problem in times of social and political division like these, leaving us equally prone to divinising our tribe, demonising our opponents, and escalating divisions that can lead all the way to violence. Two stories can help us take stock.

Of all the stories Jesus told, the Good Samaritan is probably his most famous, inspiring artists from van Gogh to Billy Bragg and prompting the creation of innumerable hospitals and charities. A man is beaten up and left for dead. A priest walks past and does nothing. So does a lawyer. Then a Samaritan comes by. In that day he’s despised because of his race and beliefs, but he carries the beaten man to hospital and pays for his recovery. The story is shocking because it goes against the tendency revealed in that experiment. A person steps in who is least like the person he helps.

True Good Samaritan acts are equally shocking when they happen today. I think of the moment black protestors in Louisville, Kentucky linked arms to protect a police officer from an angry BLM crowd. I think too of Patrick Hutchinson, a black British protestor who stepped in to carry a white counter-protestor to safety. Given our propensity to only help people like ourselves, I can imagine Jesus pointing to both and saying, “That’s what I mean.”

Such acts go beyond the experiment with Elaine, with not just a stranger helped out but an opponent. The question now is how we can bring the same spirit into our own social and political divisions. Which leads to the second story.

In the early 1960’s Birmingham, Alabama was considered one of the most racially divided cities in the United States, with schools, toilets, stores, buses, drinking fountains and more segregated, and the nickname ‘Bombingham’ gained for its regular racially-motivated bombings. In 1963 pastor and civil rights leader Fred Shuttlesworth invited Martin Luther King Jnr’s Southern Christian Leadership Conference to stage the Birmingham Campaign, a series of nonviolent protests to further the civil rights cause.

With tensions high, organisers looked for a way to instil nonviolent principles into their members. They came up with ten commandments and printed them on a pledge card which all campaign participants had to sign. Here’s what it said:

I hereby pledge myself, my person and body, to the nonviolent movement. Therefore I will keep the following ten commandments:

I sign this pledge, having seriously considered what I do and with the determination and will to perservere.

No revenge or domination (commandments 2, 5 and 8). No demonising of opponents (3, 4 and 6). While not without conflict or controversy, the Birmingham Campaign marked an historic turn in the civil rights cause. I ask myself if such a pledge could have been written without Jesus’ tale of the Samaritan, who went against the norms of his time to treat his opponent well.

Black, white. Liberal, conservative. In a time of raised voices and clenched fists, maybe the real measure of our humanity is whether we can step in to help those who don’t look, think or believe like us. These commandments could help us do just that.

About the Author: About the Author: Sheridan Voysey is an author and broadcaster on faith and spirituality. His latest book is called Reflect With Sheridan. Download his FREE inspirational printable The Creed here.

Humility Hasn’t Always Been a Virtue

In times past humility wasn’t something held in high honour. Slaves and kids were expected to be humble but not those in power. So what changed, and how might we live with humility?

How to Combat Conspiracy Theories

By Sheridan Voysey From QAnon to Flat Earth to Covid-19 ‘Plandemics’, conspiracy theories of all kinds are proliferating right now, dividing families and communities, and putting the health of many at risk. It’s imperative that we learn to detect and avoid them. In this video I outline in detail four ways how to do that. [...]

Six Ways to Tend Your Soul in Times of Turmoil

How can we cultivate, care for, tend our soul right now to stay, well, sane? Sheridan Voysey shares six practical strategies to put into practice.