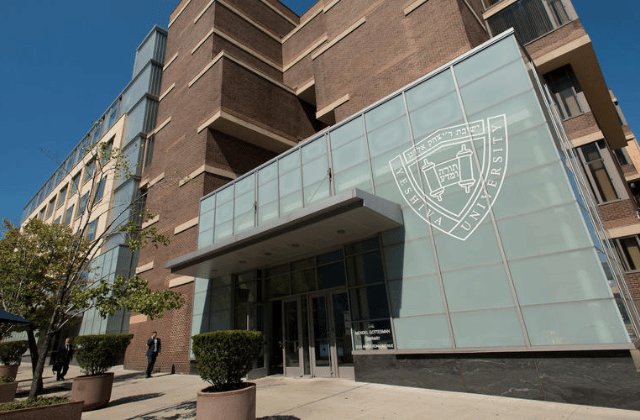 A New York Orthodox Jewish university has suspended all student club activities to avoid being forced to recognise an LGBT club.

Yeshiva University claims that would conflict with the institution’s interpretation of the Torah and undermine its religious freedom.

A New York state court ruled that the university must accept the Pride Alliance club and the US Supreme Court voted 5-4 to leave that ruling in place while the case is adjudicated in an appeals court.

The LGBT club has offered to delay seeking recognition from the university if Yeshiva allowed all other clubs “to resume, effective immediately.”

It accused the university of holding all students hostage while it deploys “manipulative legal tactics” to avoid treating Pride Alliance equally.”

The state court accepted the club’s case that the university must treat them equally under New York City’s anti-discrimination laws because it is an institution of higher learning and not a house of worship.

Those laws include sexual orientation and gender identity among classes protected from discrimination in places of public accommodation.

The club’s lawyer said the suspension of all clubs was “a throwback to 50 years ago when the city of Jackson, Mississippi closed all public swimming pools rather than comply with court orders to desegregate.”

A dissenting opinion by four conservative Supreme Court justices contended that Yeshiva’s right to religious freedom should exempt them from having to recognise the Pride Alliance club.

It argued the First Amendment guaranteed the university the right to the free exercise of religion .. and “prohibits a State from enforcing its own preferred interpretation of Holy Scripture.”

The New York Times reports the dispute at Yeshiva has become the latest flashpoint in a nationwide debate over the line between civil rights and religious freedom.