Why Does God Allow Innocent People to Die? 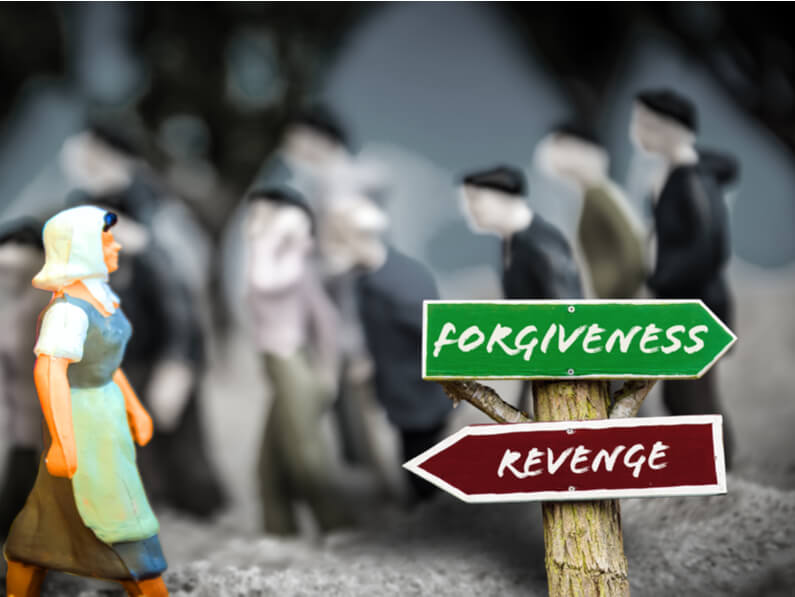 On October 2nd, 2006, in Lancaster, Pennsylvania, USA, Charles Carl Roberts drove a truck filled with ammunition to a non-violent, peaceful community of gentle Amish people with the intent to massacre innocent lives. He barged into a West Nickel Mines Amish one-room schoolhouse and chose his victims before releasing the teachers and young boys. Ten Amish girls aged between six and thirteen were held hostage for a short time. Once the police arrived, Charles Roberts told the girls to line up in front of the chalkboard and shot them before turning the gun on himself. He had written his wife and three children suicide notes only hours before his planned massacre. Of the ten girls, five girls were killed, and the other five survived their injuries.

The Desire for Revenge

Imagine what it would feel like to have your child slaughtered in this manner.

Western culture is deeply embedded in personal rights. There’s an overwhelming desire for revenge. Only our all-powerful God has the wisdom to determine how to right the wrongs of humanity. Delayed justice is not the same thing as no justice. One day ultimate justice is coming, and we’ll all stand before God and give an account for the manner in which we lived. It’s not just Hitler, Stalin, and Lenin who will stand before God.

It seems unfair to us to think that there’s a God who is going to punish us for living immoral lives. We have such a sense of entitlement that the very idea of divine judgement seems impossible. We’re going to be shocked to find out that there’s a law above and beyond our laws to which every soul is subject. God will one day have the final say in human history.

The death of Jesus on the cross actually demonstrated the justice of God because sin has to be punished, and the wages of sin is death. But rather than punish us, God stepped in and gave His own life for us on the cross of Jesus Christ. Jesus paid the debt of our sins. Therefore righteousness and justice are upheld, but also the love of God is upheld. Rather than punishing us, He took our punishment. Jesus was innocent and had committed no sin but died the most horrific, brutal death reserved for criminals.

“…though He was a Son, yet He learned obedience by the things which He suffered. And having been perfected, He became the author of eternal salvation to all who obey Him…” Hebrews 5:8-10 NKJ

God continues to send ambassadors of the Gospel into his world. And even though they may be killed, persecuted or ignored every time the Gospel is preached, God sends His ambassadors to give you the good news of repentance and salvation. Just because you are saved by grace, through faith, does not mean that God will not discipline you when you commit injustice.

“…My son, do not make light of the Lord’s discipline, and do not lose heart when He rebukes you, because the Lord disciplines the one He loves, and He chastens everyone He accepts as His son.” Hebrews 12:5-6 NIV

How the Amish Community Responded

Although the Amish community were shocked and heartbroken, they forgave the killer. Remarkably, an Amish community leader visited Charles Robert’s widow and children only hours after the shooting. She thought he had come to rebuke her. Instead, he expressed his condolences for her loss. In the days that followed, people from the Amish community visited to reassure her that they had forgiven her husband because the Bible says they must forgive, as God forgives. They would not allow hatred to enter their hearts.

“…And God will wipe away every tear from their eyes.” Revelation 7:17 NIV

The Amish culture closely follows the teachings of Jesus, who taught his followers to forgive one another, to place the needs of others before themselves, and to rest in the knowledge that vengeance and revenge are to be left to God. They even offered Charles Robert’s family financial support, food and clothing because they had been left without provisions.

This article was inspired by Jeff Vine’s podcast. Jeff’s books are also available at Vision’s Store.