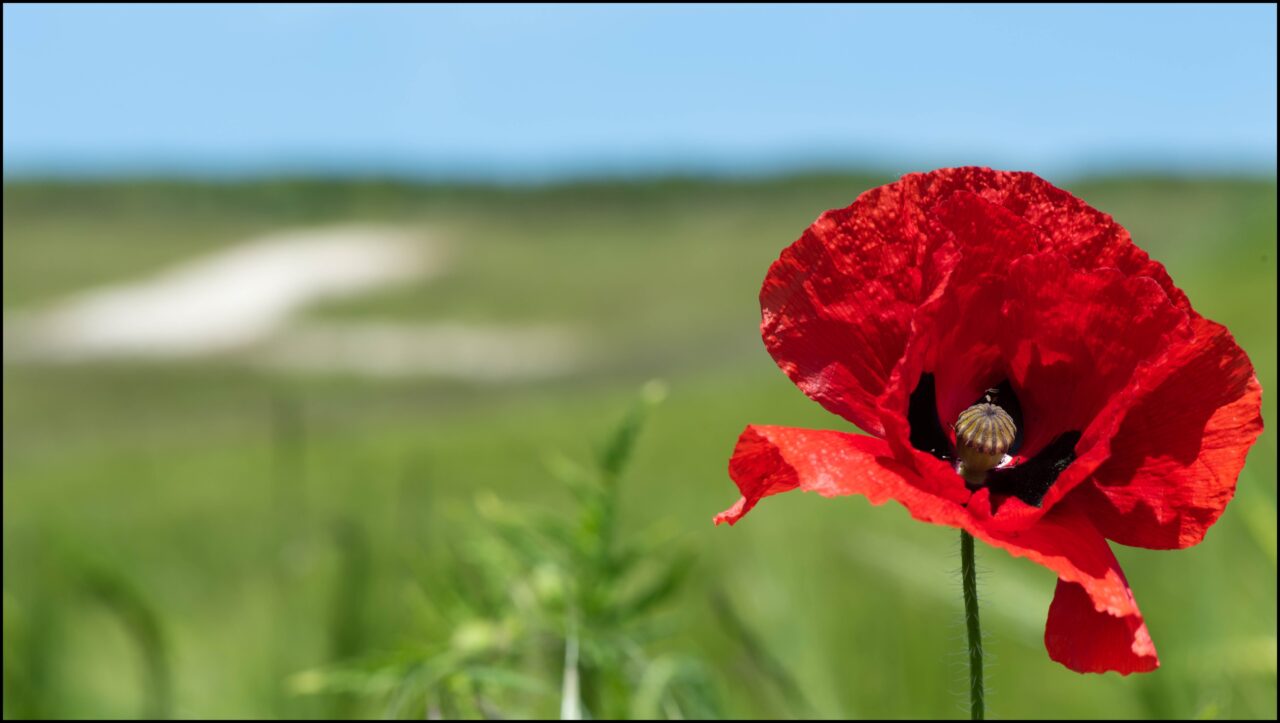 When a grass fire swept across an English field during Britain’s heatwave, it threatened to destroy a giant memorial cross carved into the ground.

But it stopped burning when it reached the cross.

Drone images show the scorched earth goes right to the tip of the memorial.

The fire burnt some of the lawn which surrounds the cross, but the symbol itself was undamaged.

The large cross was carved into the field in Kent in memory of residents from the village of Lenham who died in World War One.

Later, it also honoured locals who gave their lives in the second world war.

The white symbol is known as ‘The Chalk Cross” because it’s carved into a chalky hill above the village.

It’s officially registered as a war memorial by Historic England.