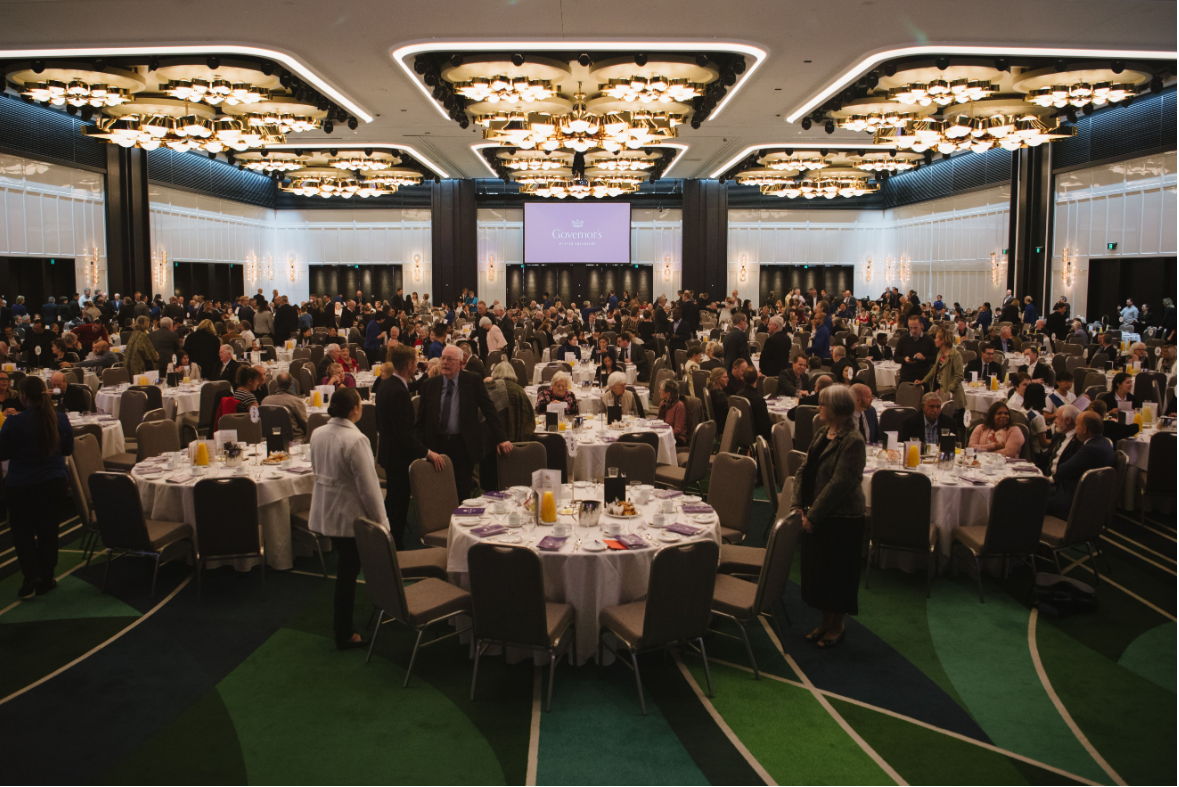 Around 1200 people gathered at Crown Perth this morning for the Governor’s Prayer Breakfast.

After being sworn in only a few months ago as Governor, former Police Commissioner Chris Dawson spoke of how God has a plan for each one of our lives, recounting how as a young police officer he was once given the task of patrolling Government House, a place that he now calls home.

He had no idea on that night, which direction his life would take but God did.

Pastor Graham Mabury held the audience’s attention with humour but also heartfelt stories of his time as a presenter on commercial radio, where his faith resonated with listeners of his Nightline program, many of whom were in desperate situations and just needed someone to listen and care for them with dignity.

He also spoke of how the youth of today need people in their corner, with many not having supportive parents or older adults to go to for advice.

He challenged the older heads in the audience to find a young person to mentor, and for the youth to reach out to the elders of their community.

Prayers were offered up for the nation and the state, our political leaders, the business sector, our communities, and our youth.

The annual event is in its 30th year having started in 1993.