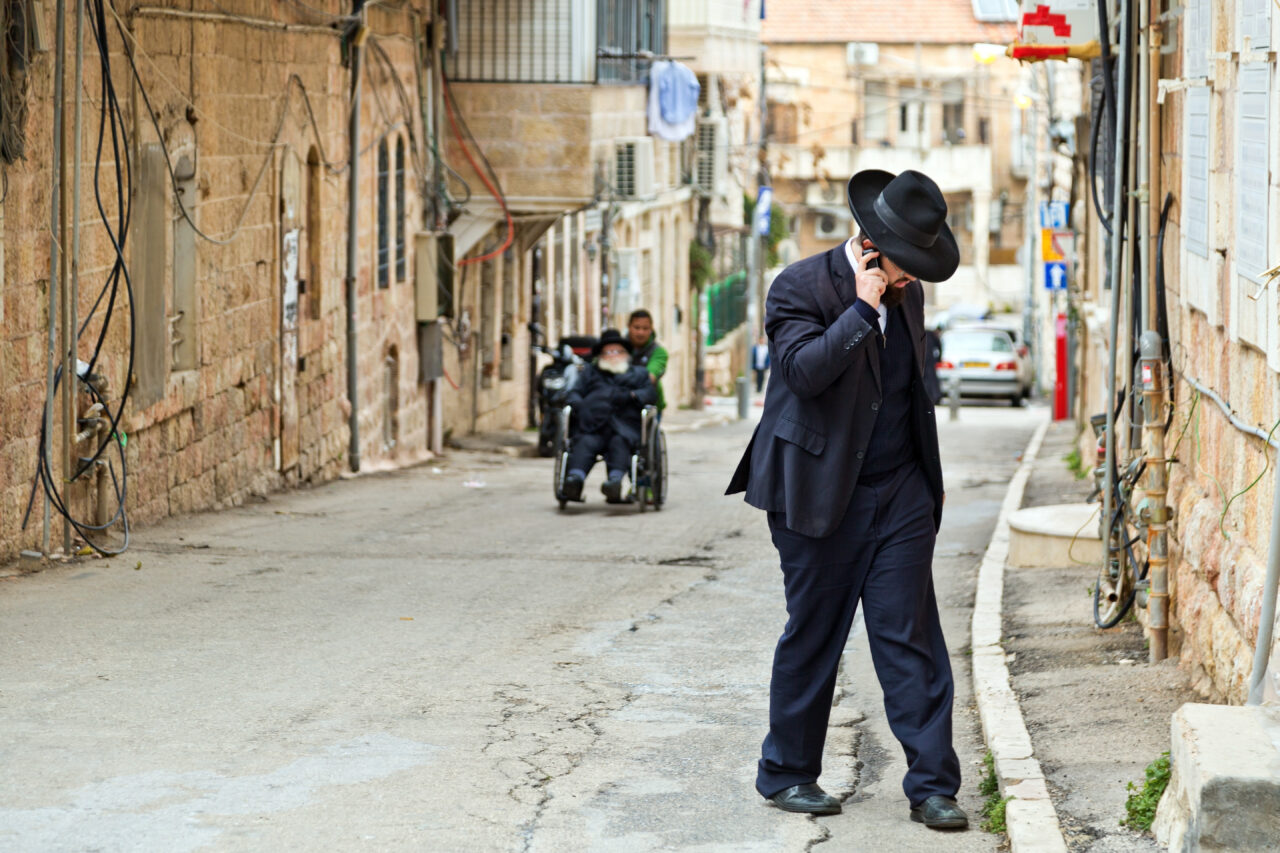 The smart phone revolution has led to anger and violence in Israel’s Ultra-Orthodox communities.

It’s because most Ultra-Orthodox Jews known as Haredi are accessing secular smart phones.

They’re supposed to be dedicated to serving God and avoiding distractions like TV, radio and the internet.

Rabbis joined with telcos to create ‘kosher’ phones to block out those influences.

But many Haredi have a secular phone as well, and from this month, they can transfer their ‘kosher’ phones to a secular network provider.

In response to this growing disobedience, self-appointed Ultra-Orthodox vigilantes have taken to enforcing smart phone bans through violence, targeting cellular phone shops, their staff and their clients.

One of them screamed at a journalist: “You can report on us. The police can arrest us. But we won’t allow these impure abominations to destroy our holy lives.”

President Yedidia Stern said: “The Haredim would like to see Israel become a religious state, but this conflicts with the visions of seculars, religious and Arabs. This is the background to the campaign against the mobile phones. It will not be resolved in the near future.”