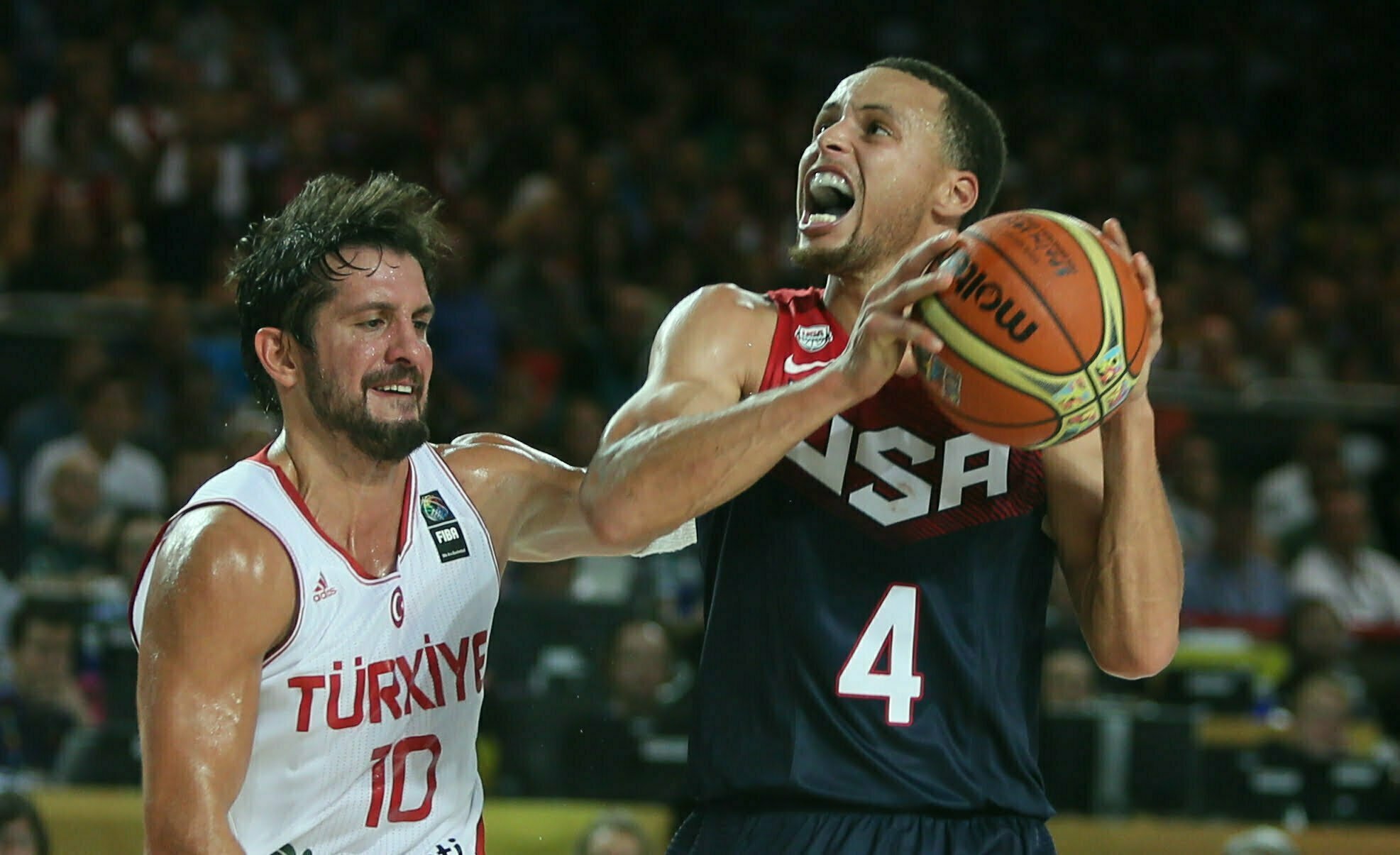 He was named the Most Valuable Player in the finals series against the Boston Celtics.

But as he nearly always does, he gave all the glory to God.

“God is great. The ability to be on this stage and play with amazing teammates against a great Boston Celtics team that gave us everything to try to get to the finish line. This one hits different for sure. It’s special.”

“I’m so proud of our group. I thank God every day I get to play this game at the highest level with some amazing people,” Curry  told ESPN.

“We know this is what it’s all about — playing for a championship and what we’ve been through the last three years. Beginning of the season, nobody thought we’d be here except everybody on this court right now. It’s amazing. Very surreal, though. Very surreal.”

Curry, who scored 34 points in a 103-90 victory in the sixth game of the finals is unashamed of his faith in Christ.

CBN News reports that on the court he wears a blue wristband that reads: “In Jesus’ Name I Play.”

Team-mate Andrew Wiggins who scored 18 points in the final game is also a devout Christian.

“Glory to God. This is a dream come true,” Wiggins said right after winning the series.

God’s hand has been on Stephen Curry’s life since before he was born.

His mother says she was preparing to abort her baby when she felt the presence of the Holy Spirit as she entered the clinic.

The Lord had great plans for her son who’s current salary is around $70 million a year.

Curry still finds new ways to honour God and point to his faith in Christ.

“I love that basketball gives me the opportunities to do good things for people and to point them towards the Man who died for our sins on the cross,” he wrote in a 2015 Fellowship for Christian Athletes article.

“I know I have a place in heaven waiting for me because of Him, and that’s something no earthly prize or trophy could ever top.”