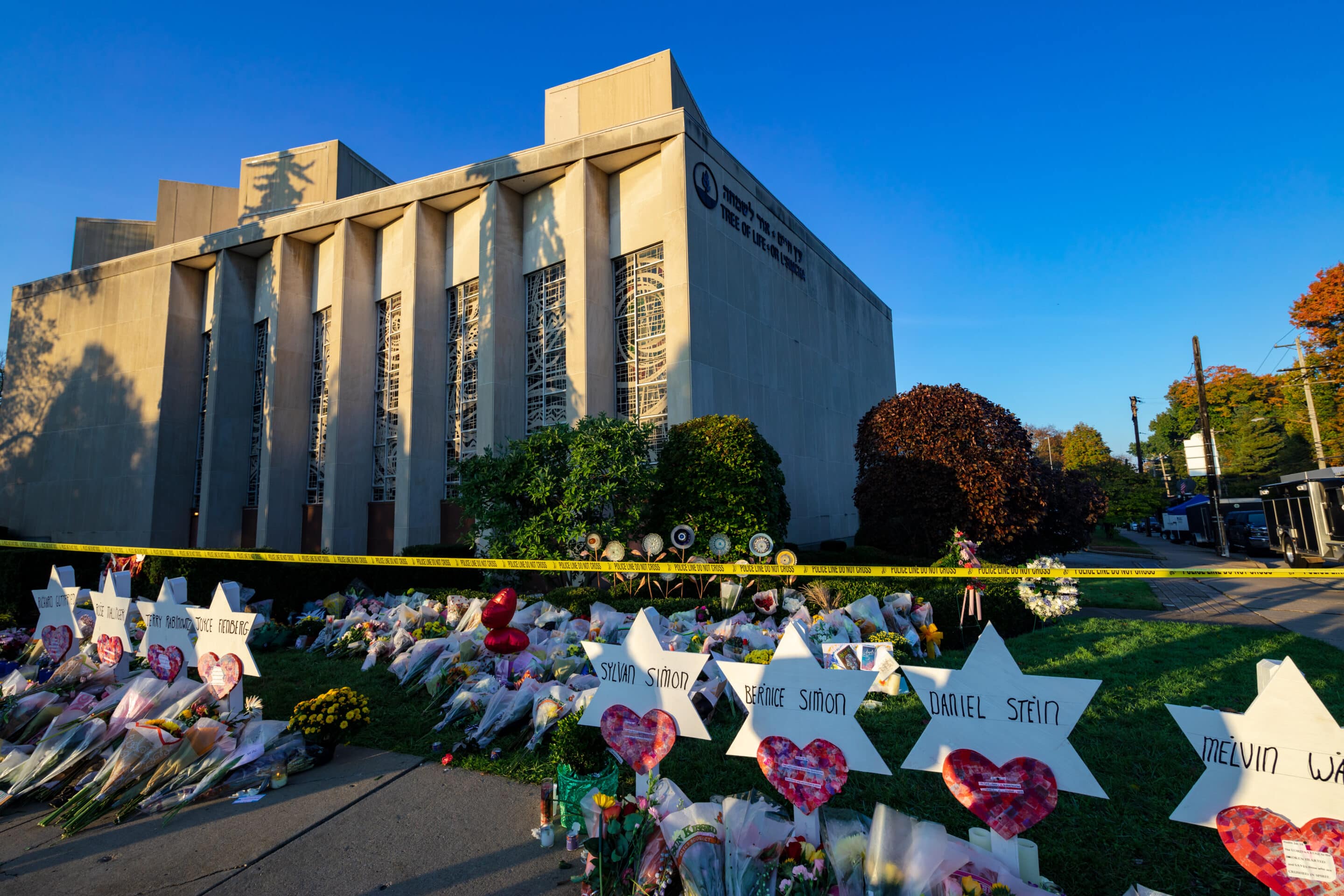 Two men have been arrested for plotting an attack on a synagogue in New York.

They were caught with guns, a hunting knife, ski masks and a Nazi armband.

CBN News reports the pair had posted details of their plans on social media.

It’s the latest sign that antisemitism is on the rise across the United States.

The FBI and Homeland Security point to an unprecedented number of potential threats, along with a rise in hate-filled rhetoric and they warn their law enforcement partners, along with the Jewish community, to stay vigilant.

An audit by the Anti-Defamation League found incidents at an all-time high in the US last year.

It documented more than 2,700 cases of assault, harassment, and vandalism targeting Jews or Judaism.

It was the highest number of incidents reported in more than 40 years, averaging at nearly seven a day.

Four years ago, 11 people died in Pittsburgh during the nation’s deadliest attack on a synagogue.

The Tree of Life victims were from the host congregation and two other congregations worshipping in its building, Dor Hadash and New Light.

It was followed by deadly attacks at a synagogue in California, a kosher market in New Jersey and a Hanukkah house party in New York as well as a hostage stand-off at a Texas synagogue — all committed by assailants targeting Jews.

Marks the arrival of the Gospel in Australia 235 years ago.
Health, Law Enforcement, News

“This is a matter of principle. The world should know about the suffering of persecuted Christians in...
×