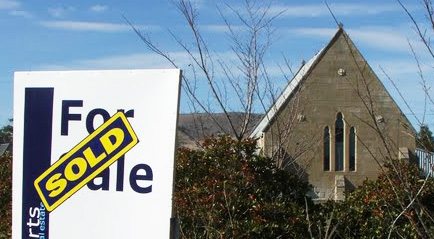 The Spiritual Condition in Australia

The gap between traditional churches and the community is widening. How can we bridge it?

Falling church attendance. The rejection of traditional religion and the embrace of new age spirituality. The demonisation of Christianity by mainstream media leading to a general mistrust of churches. These are common challenges faced by many church leaders regardless of the denomination they belong to. Is it that Australians have given up on God or are they going to other places to find life’s meaning and purpose rather than the church? It is important to correctly diagnose the problem before viable solutions are provided to see the spiritually lost in our communities and cities to come to a living faith in Jesus Christ.

To provide some insights into the spiritual landscape of Australia, well-known social researcher Hugh Mackay in his recently published book, Beyond Belief: How we find meaning with or without religion, provides some insights into the growing number of Australians boycotting church. In his book, Mackay identifies that around 61% of Australians identify that they believe in God or a ‘higher being’, even though only one in ten regularly attend a local church. These figures will not surprise anyone who has lived in Australia over the last 20 to 30 years with the gradual decline in societal support and embrace of Christian churches and at the same time the rise of Eastern religion.

Bridging People Back to the Christian Community

So we now find ourselves in a situation where many Australians are unlikely to wander into a church building to find God. Instead, they have been offered a range of accessible paths to understanding a higher being, such as through yoga, meditation, energetic healing and spiritual retreats. While some of these activities come with a high price tag, spiritual seekers find themselves taking up these options in growing numbers as the attractiveness of attending a local church wanes.

So how do we reach out to the growing numbers of Australians who classify themselves as ‘Spiritual But Not Religious (SBNR)’? The ones more likely to step into a Bikram Yoga Studio on a Sunday morning than in a church building? Rather than despair at the current spiritual condition of society in Australia, we have the best example in Jesus. He reached out to the lost in ways that were so unconventional and considered even godless in His day, that in response to criticism He rightly pointed out:

It is not the healthy who need a doctor, but the sick. I have not come to call the righteous, but sinners. ( Mark 2:17 NIV)

The Lord gave us many directions that our call was not to be hidden and withdrawn from society, however to be like a shining lamp on a lampstand (Matthew 5:15), a loving shepherd going after the one lost sheep (Luke 15:4), or a persistent woman who does not stop searching her house until she finds her silver coin (Luke 15:8).

A Bridge to Bring Wanderers Back to Faith 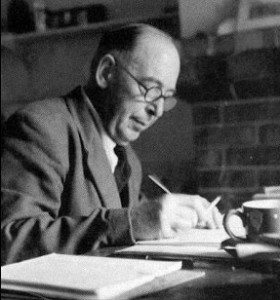 During World War II, CS Lewis was asked to present a series of talks on the BBC radio that would later be compiled into one of the best-selling Christian books of all time, Mere Christianity.  What transpired on the radio airways was a glimpse of the power of the radio. A medium with the capacity to reach many who would not wander into a local church. Those 15 minute radio talks broadcast between 1942 and 1944 gave the church a voice during a dark time when death seemed to be prevailing and the church was considered by many to be an institution belonging to a bygone era.

The times today are not too dissimilar. With the increase of war and unrest in the Middle East and reports of lone wolf terror attacks in the USA, Europe and even on our own shores, the stench of death is all around us. If people will not wander into a local church to find refuge and rest for their souls then—just like during those bloody years more than 70 years ago—the church must utilise unconventional channels that give the church a voice to the outside world.

Since 1988, Vision Christian Media has been committed to giving Australians free and easy access to the message of Jesus Christ through radio, online, print and other media. Vision sees itself as an increasingly important bridge needed in a time where many Australians are open to hearing about God but prefer to be in the comfort of their car or home rather than sitting in a church building.

Since inception, Vision has grown incredibly! Its nationwide radio network is now within reach of 7.5 million people and the circulation of its printed daily devotional magazines exceed that of the Sydney Morning Herald.

To meet the growing demand of creating a safe and non-threatening environment for the spiritually lost, Vision Christian Media is now also heavily investing in its online resources as more Australians are searching for answers to life’s questions through Google rather than more traditional channels. 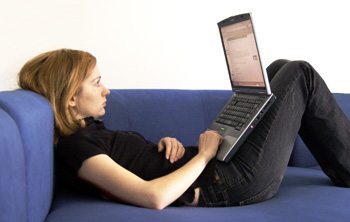 Vision’s prayer team also handled 35,000 prayer requests in 2015, ensuring that every Australian in need is supported in their time of recognised spiritual need.

Hundreds of thousands of lives have been impacted, and continue to be, through Vision’s unique role in Australia – strengthening believers as well as providing a safe place for those disconnected from church but still interested in spiritual matters.

Vision’s mission is having a significant influence on Australia’s spiritual landscape. By meeting the spiritual seekers where they are at and bringing Christ’s message of hope and salvation in Him to their doorstep,  we are seeing the power of God’s love and grace at work.

To hear inspiring testimonies of how Vision is reaching everyday Australians with God’s Word, visit www.GodIsOnTheMove.com.au

Like to help ensure Australians continue to be connected to God’s Word through media?

We all like a good celebration – a reason to rejoice – especially when it is something to do with us that is being...
Bible, Faith, News, Technology

“It speaks to our desire to be reminded that even when we feel like we’re alone in our struggles,...
20Twenty, Articles, Children, Christian Living, Generosity, Relationships