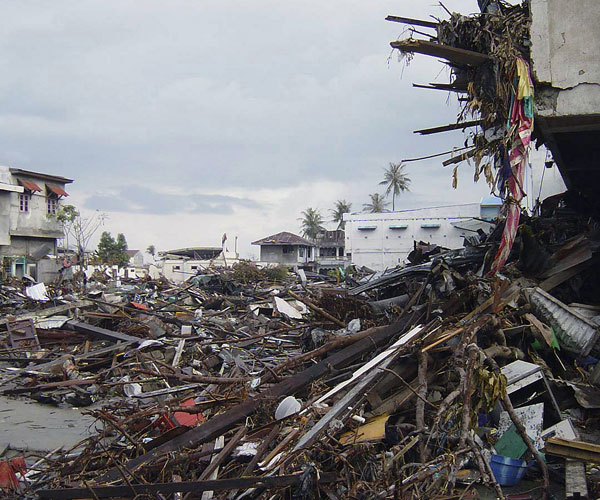 In Australia … we’re uniquely prone to natural disasters. Whether they be Bushfires, devastating floods or cyclones, many Australians live in the firing line of powerful forces that can change, or end lives within moments.

Many Christians have questions about God’s role in these disasters. And Atheists, arguing against our faith, often ask us

‘How can God allow BAD things to happen to good people?’

In 2015, as tropical cyclone Marcia was bearing down on the central Queensland coastal communities around Rock Hampton, Youthworks College Principal Dr Bill Salier joined Neil Johnson on 20Twenty to tackle these questions head on. To find the answers, they had to look back to the root of evil, and forward to God’s promises to us

On the morning of November 1st, 1755, the churches of Lisbon were full of worshipers, when a massive earthquake struck the city. Most of the churches collapsed, killing thousands. The earthquake was followed by a twelve-meter high tsunami, and a fire which raged for five days. By the end of the catastrophe, between 30 and 60 thousand people had been killed, and three quarters of the city lay in ruins.

Events like this challenge our faith. Would a good God really allow such a cataclysm in a city so full of believers?

Dr Salier says we need to approach such a question from two perspectives. ‘We don’t want to lose the perspective that God is in control,’ he said. ‘And I think that’s the harder perspective to get a handle on, and we probably need to talk a little bit more about that. But the other perspective is that we live in a world that’s been affected by sin, and is not working the way that it ought to be.’

Of course, we would feel safer if we knew we wouldn’t be killed by a tornado or a bushfire. But the imperfection of this world means we can never have that safety and certainty. Natural disasters are reminders of that. ‘These are intimations to us that there’s something not quite right with our world,’ Dr Salier said. ‘They’re kind of warning signs, I guess.’

You’ll see in the fine-print of many insurance policies the phrase ‘act of God’. But are natural disasters really acts of God? ‘I think the bible’s clear view is that God is sovereign over everything that happens in his creation,’ Dr Salier said. ‘There’s a children’s song, nothing takes God by surprise, and that’s really an expression of what the bible sees as God’s sovereignty.’

‘So act of God, yeah, I think we have to say that, or actions of God, because he’s the one that controls the wind and the waves. You saw that with the Lord Jesus, who was able to command the waves to stand still when he was walking on the water.’

‘There’s no question, through the old testament, that God is portrayed as being able to bend the elements to his will,’ Salier explained. The recent blockbuster Exodus: Gods and Kings vividly depicts these powers. God manipulates both his inanimate creation, turning water into blood, and his animate creation, by bringing down plagues of flies and locusts.

‘So the bible’s clear perspective is that God is in control of all these things, which is why the problem of natural disasters and evil is so tricky, because it makes us question, is God good? Is he loving?’

‘Of course the other way of looking at it is, if these terrible things are happening, is God powerless? And so Christians are kind of caught in this thinking, between these two things. We affirm that God is good. We affirm that he is powerful, yet these kind of things cause us to question either, or both.’

Natural disasters would make more sense to us if they only affected non-believers. But the Portugal earthquake is proof that churchgoers are Just as vulnerable as anyone else. ‘There’s no special get out clause for God’s people at this point. We’re involved, and caught up, in the same thing as they are. SO it’s not as if we can look back coolly and say you deserve that, because you’re a sinner, and I’m not.’

This leads us to questions about suffering, and whether God is willing to subject his people to suffering for a purpose. Reading through the prophets, Dr Salier found many natural disasters that affect God’s people. In Amos, Chapter 4, for example, God lists various tribulations he has inflicted upon Israel. After each, he says, ‘yet you did not return to me’.

Earlier, in Chapter 3, God says ‘you only have I known of all the families of the Earth; therefore, I will punish you for all your iniquities.’ (Amos 3:2 NKJV) Dr Salier suggests that these passages reflect God’s willingness to inflict suffering on believers as part of his plan.

‘This is possibly a hard truth for us to understand, but sometimes I think a lot of these things are wake-up calls to a world that thinks it is in control, saying no, you’re not in control, and causing us to look to, and even depend upon, the one who is in fact in control.’

The Root of Evil

Dr Salier points out that today, like at any point in history, there are people all over the world who witness evil every day, and feel entirely helpless in the face of it. So this isn’t an abstract conversation. These issues are deeply personal for many people. But they’re perhaps most personal to God.

‘We get a perspective on that in the death of the Lord Jesus himself, who suffered unspeakable evil at the hands of men, when he could have been rescued by his father. But there were bigger purposes afoot. So this is not an abstract, philosophical discussion for anybody.’

But one thing we do know for sure is the clear origin of evil in the world. And it didn’t come from God. ‘The bible would take us back to our rebellion, as people in the garden, against the will of God. And Romans 8 tells us that God has subjected the creation to futility in the hope that one day, it will be restored, when the children of God are revealed.’

‘It’s a discussion that really goes from the beginning of the bible right through to the very end. And the bible is utterly realistic about the fact that we live here in a world that is cursed and blighted, and not really what it ought to be. And at the root of that is our rebellion against God.’

God has the Last Word

A listener on the phone also mentioned Romans 8, which vividly describes how the whole of creation is groaning, waiting for deliverance from the bondage of corruption into the glorious liberty of the children of God. She believed that we are bringing about these natural disasters upon ourselves, through our corruption.

Dr Salier said her comment revealed that there are multiple levels of causality to both moral and natural evil. Depending on your point-of-view, climate change might be one way in which man has had a negative impact on God’s creation. ‘We do affect our world,’ he said, ‘because we’re vitally tied to it.’

‘So of course, if people do evil things with the world, or thoughtless things, then the whole creation suffers, and everything gets caught up in that. But I wouldn’t want to lose the perspective that God’s also involved in that.’

Neil Johnson used another example, of the Cold War era, where many of us lived in fear that someone would press the red button, triggering a nuclear war which would result in the destruction of the world. If man is capable of completely destroying God’s creation, how does that impact on God’s plan? 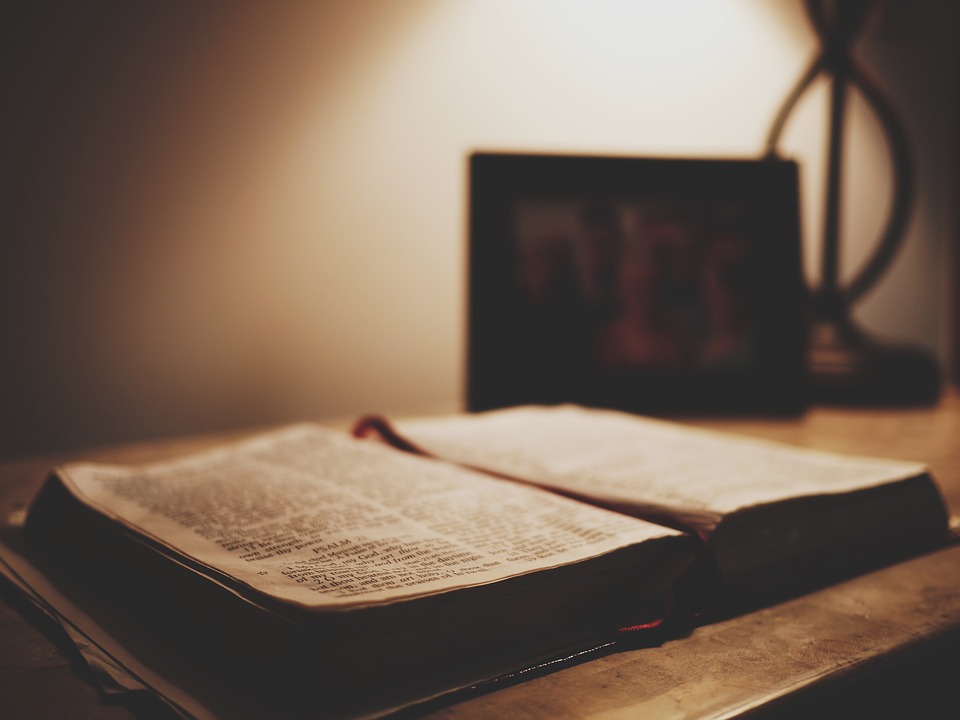 Dr Salier explained that a Christian person could be confident that even though man is capable of destroying the world, God wouldn’t allow it unless it were part of his plan. ‘And I think this is the really important thing about the climate change debate as well, again, irrespective of your view.’

‘There is a kind of pride in that debate,’ he said, ‘saying we’ve caused this problem, we can get ourselves out of it. And there’s a kind of again, a rebellion against God at that point.’

Whatever the truth is about climate change, Dr Salier believes God wouldn’t allow us to unravel his creation unless that had always been his intention. We can see in the bible that God has always had a plan for us, and recent events show us that he is fulfilling his promises.

So to put it simply, whatever we do, it’s not possible for us to disrupt God’s plans. And if climate change proves to be a genuine issue in our future, and we resolve it, that will once again be thanks to him. ‘We need to understand that it’s not totally within man’s control, that God ultimately has the last word on all these things.’

No Atheists in Foxholes

In the wake of natural disasters, we often hear stories about people turning, or returning to God. To conclude their discussion, Neil Johnson asked Dr Salier why people find their way to church after events like these.

Dr Salier says there are two reasons for this. ‘A natural disaster, particularly, gives you a sense that there is something greater, that there is a power beyond us that we can’t control, and that we have no control. And some will put a name to that, and come back to God at that point.’

The second reason, Dr Salier said, is that survivors of natural disasters often look for someone to thank. It seems miraculous that in the face of catastrophes like earthquakes, floods and tornados, any life could be preserved. ‘So there’s this kind of an acknowledgement that yeah, we are small, and we need to turn to someone bigger, but we could also be thankful.’

Neil Johnson suggested that another contributing factor could be the way disasters force us to appreciate our own mortality. Realising that you could lose your life so easily makes you reassess your priorities, and make sure your relationship with God is right. He pointed out the old saying, ‘there are no atheists in foxholes’.

‘That just points us again to the bible’s truth,’ Salier said, ‘that we’re made for a relationship with God. And we’ve turned our back on that and wandered, but in God’s mercy, he’s always there and willing to accept us back.’

‘There’s no need to be embarrassed about a natural disaster forcing us back to God,’ he said. In fact, in a curious way, we can be thankful, because these events can redirect us to our true destiny, which is a humble understanding of God’s grace and mercy toward us.

‘It can be a wonderful thing that can happen,’ Dr Salier said. ‘And of course the testimony of many people is that it’s precisely through these kind of experiences, these horrific experiences in life, that God has found them, and they have found God.’