Could Covid-19 Cause an Abortion Boom? 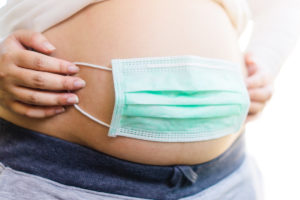 In the past, periods of hardship have caused spikes in birth rates, the most famous being World War II. With so many couples stuck at home together for the foreseeable future, one long-term results of Covid-19 could be a new baby boom. But Graham Preston, of Protect Life, worries that we might instead see a tragic wave of abortions.

Talking to Neil Johnson on Vision’s 20Twenty program, Preston revealed that abortion is not considered an elective surgery, and clinics, bizarrely, remain open. “A number of them have rebranded themselves as day hospitals,” he explained, “and I think that’s given them a broader scope, and makes it more likely that they would continue to function.”

Though he wouldn’t be surprised if we saw a generation of “coronials” arise from this crisis, Preston is worried that we might be on the cusp of an abortion boom. “So many people are concerned about the possibility of getting the virus themselves, and also the enormous effect it’s having on peoples jobs and incomes, that even if more conceptions might occur, people might be very tempted to end those pregnancies because of their fears.”

With optimism at an all-time low in secular society, many are hesitant to bring children into the world. That’s why the hope we have in Christ is vital at a time like this. “I do think that that is one of the things that should distinguish Christians most obviously, that we should be people who do not fear the future. We have a God that we trust, and that should enable us to face each day, no matter how challenging it might be, without being filled with fear and worry.”

In the coming months we may well hear good news about peoples new pregnancies. When that happens, Preston says it’s vital that we bring hope and encouragement to them. “And I trust that even though the Churches are finding it difficult to meet together, we will still be able to provide such support in practical and moral ways to people who might never have thought of abortion before, but in these present circumstances might do so. And we’ll need people to get alongside them, to stand with them and assist them.”

Graham’s wife Liz runs the Priceless Life pregnancy support centre in Brisbane. He says that similar organisations nationally are remaining operational to help families access what they’ll need to manage motherhood in these turbulent times. “That’s what we hope people will do, that they will be able to get support through these groups, and be able to continue with their pregnancy, and enjoy the blessing of new life.”