Founded by the Oxford Falls C3 Church, the Roar Effect is an organisation striving for an end to youth suicide. Their Revolution Red campaign early in 2014 involved more than 120 schools, businesses and organisations worldwide wearing red to raise awareness, hope, and money for Kids Helpline. The Roar Effect’s national director Glen Gerreyn spoke to 20Twenty’s Neil Johnson about the organisation’s philosophy, and how they hope to combat this issue. 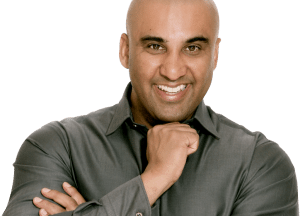 Mr Gerreyn explained that the Revolution Red campaign was all about showing young people that they are important. “I was in a school just recently,” he said, “and I spoke about this campaign. And I had a young person come up to me, and they said because you spoke about that, because you stood up and said that you care, I want my contribution to be my life.”

The Roar Effect’s website speaks about the individual power of the lion, but also about the way in which they live in prides, working as a team to chase off intruders. Mr Gerreyn believes that a good, supportive community is key to helping young people recognise their own value.

“There is a silence around this epidemic of suicide,” he says, “and we don’t want our young people to be silent. We want them to roar, understand who they are, what their gifts and talents and strengths are, and move in that.

He explained that the Roar Effect’s work is based on strong Christian foundations, and that leading people to God was a key part of helping them. “It’s interesting to note that there is a large proportion of people who are atheists and non-believers who take their lives. So I think we’ve got the answer here, that we need to spread.”

One million Australians currently suffer from depression, but only 2,500 per year commit suicide. Glen Gerreyn says that this is because many people have good support networks to help them through their struggle. He hopes that if the Roar Effect’s campaigning could help reach those young people who feel alone, then we could see youth suicide end.

“I think everybody can do something here. And I think, as Christians, sometimes we become very insular, and just focus on the church and what we’re doing. Here’s a great initiative that we can actually take out into the community. And I know that everyone wants to see youth suicide end. It’s not something that people um and ah about. Everybody wants to see it done. So you can go and relate to somebody without giving them all the Christian vocabulary, and say hey, let’s just fill our communities with hope.”