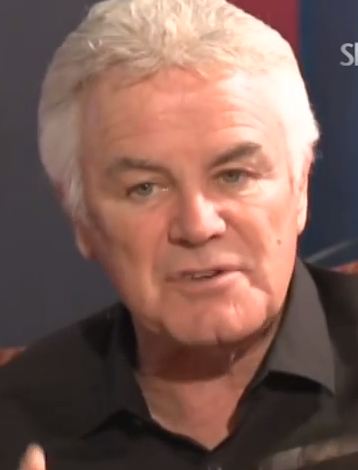 The Word for Today is one of the most widely read daily devotionals in the world, with more than six million copies published quarterly in seventeen languages. Author and founder Bob Gass has also been a pioneer in Christian broadcasting, having helped UCB build over 300 stations in four continents. Today we return to a uniquely enlightening interview he gave to Vision’s Allan Lee, on how he got into ministry, and his view of the future of Christian media.

“I was born in Belfast, Northern Ireland, but I was raised in church,” Bob says. “Every time the doors were open, I was there.

One of three siblings, all of whom are in the ministry, Bob Gass said that much of their inspiration came from his mother. “What I do not owe to the redeeming grace of God, I owe to that little woman, five foot two, who decided ‘we’re going to serve the Lord’.” When their father died, the family had to live on ten dollars a week, but their mother would always tithe the first of those. “And I’d say ‘you can’t afford to do that’. And she’d say ‘I can’t afford not to do that, because I need God’s help’. And God provided for us.”

The hardship of his early life has informed the advice Gass offers in his writing. “When I write The Word For Today, much of what you read, I have lived. I have my own areas where I’ve struggled, and failed, and have to have God pick me up.

So I know there’s a lot of people out there battling a sense of failure, and I need to tell them God will forgive you. He’s the God of second chances, and third ones if you need them. God will never give up on you, so don’t you give up on yourself.” 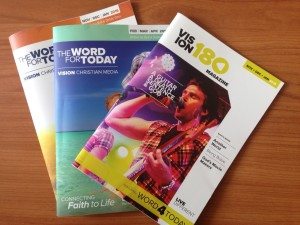 Since the 1980s, Bob has been finding innovative ways to spread his message, in television and radio, then online. He spoke about how, with technology and delivery platforms changing more quickly than ever, Christians in the media need to be excited rather than intimidated by new opportunities. “I’ve got an idea. Let’s raise up a generation of bloggers who blog for Jesus. Internet evangelists.”

“Jesus said one day a very interesting thing. He said ‘the children of darkness are wiser in their generation than the children of light’. And he simply meant the children of darkness know how to operate by principles that work, and get somewhere, whereas sometimes Christians can be what I call ‘saved, sanctified and stuck’. And they’re not going anywhere. And you’re right, the challenge is, let’s raise up an army of committed to Christ kids, who will invade that internet, and utilise everything Google’s got going, and utilise it for the Kingdom of God.”

To read and subscribe to Bob and Debbie Gass’ “The Word for Today”, click here. (1) Or read more about Gass’ life and work on his own website. (2)