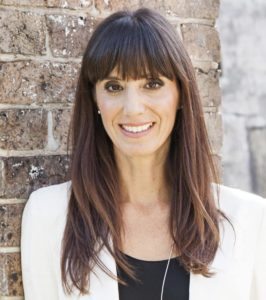 Tania Harris is a Pastor, public speaker, and founder of GodConversations.com. Her ministry began, at the age of twenty-one, with a question. “What does God’s voice sound like”? She spoke to the Morning Cafe’s Shelley Scowen about the inspiration behind her ministry, and what she has discovered since then about the voice of God.

He began to speak to me, and tell me what he sounded like, and the result of that was my ministry, God Conversations, today.

Harris had heard plenty of stories about God speaking to people, but she didn’t believe she’d ever heard Him for herself. “That was my question,” she said. “I wanted to know, did God have this big booming voice, or was it a little mystical whisper? And He began to speak to me, and tell me what he sounded like, and the result of that was my ministry, God Conversations, today. He called me to pass on the things I’d learnt.”

When she visits churches, Harris asks who has audibly heard the voice of God. Of a hundred people, two or three will raise their hands. She has learnt that to hear God audibly is quite rare, that his message is more spiritual than verbal. When Elijah hears it in 1 Kings 19:12, it is described as “a still, small voice”.

If you have a relationship with a friend, and the one of you does all of the talking, and you never get a word in, it doesn’t make for a great relationship. And I think that’s the same with God.

Perhaps the hardest part of hearing God is being able to distinguish His voice within your crowded mind, to recognise that it is Him speaking to you. One of the first times Harris heard God, she assumed it was her own thoughts. She later discovered that God also speaks through dreams and visions. And again, there’s a level of discernment that’s required there,” she said, “because not every dream, or not every thought we have is from God.”

But one of the most important things she realised was that God definitely does want to talk with us. “I often think of, if you have a relationship with a friend, and the one of you does all of the talking, and you never get a word in, it doesn’t make for a great relationship. And I think that’s the same with God.”

“Just looking at the Scriptures, we see that pretty much every story, every great account in our Biblical history, starts with the words, and God spoke, or the Word of the Lord came to a person, and this is what happened.”

The Apostle Paul said we hear through the eyes of our heart. So it’s about setting your heart to say God, I really want to hear your voice. And then God takes the initiative.

Harris spoke about the Apostle Peter’s sermon on the day of Pentecost, where he said that what God had promised had now come true, that He would poor out His Spirit on all people, that our sons and daughters would prophesy, that our young men would see visions, and our old men would dream dreams.

“And what he was saying,” she explained, “was in the old days, it was only the prophets who got to hear from God, and primarily through visions and dreams. And then today, on this particular day, when the church was born, and the holy spirit came, God could now speak through sons and daughters, young men and old men, all age groups, both genders. God would be able to speak to the people who have the Spirit, the people who follow Jesus.”

This, she said, is the privilege we have today as Christians. The gift of prophecy doesn’t require any special skills. All we need to do is to open our hearts, to begin to listen. “The Apostle Paul said we hear through the eyes of our heart. So it’s about setting your heart to say God, I really want to hear Your voice. And then God takes the initiative.”

“Jesus said seek and you’ll find. And I think the reason why He did that was because He understood that spiritual things are received through the spirit, not through the mind. And so it’s about being open to what God has to say. And for me, it’s just really simple, asking, God would you speak to me today? And being aware. Ok, I’m listening.”

At twenty-five, God called Harris to full-time ministry. Though He was speaking very clearly, at first she was unsure of what to do, because in her background, women weren’t allowed to be Pastors. But at around that time, she moved churches, and almost immediately saw a female Pastor take over from a departing minister. “Beyond the position that she took, the thing that confused me most was that I had never seen a woman in a leadership role before. I had always seen her in a different type of role, in a support role, an assistant role.”

Harris left her teaching career to study a Masters in ministry, and move to Melbourne, where she was soon asked to plant a church. She couldn’t have imagined any of these surprising developments, and from them she learned another key part of recognising God’s voice. “Often when God speaks, He speaks in a way that’s beyond what we can see or understand. And He calls us out of that, and calls us to believe that He can fulfil His Word in the way that He chooses.”

When people don’t obey the voice of God, often it’s because they aren’t sure whether they’ve heard Him, especially when His instructions are unusual. This is partly because of the many people who falsely claim to have heard Him. “There are the funny scenarios, God told me where to park my car. But then there’s the serious ones. I think it was last year that the leader of Boko Haram claimed that God told him to kidnap those 200 teenage girls. I was reading an account recently about an ex-pastor who believed God told him to shoot an abortion Doctor. So yeah, I think people get a bit scared, and I can understand that because of the abuse of this.”

Harris explained that God has given us ways of testing what we’ve heard. If you want to hear His voice correctly, the first thing you have to do is admit that you can get it wrong. “I think that’s a good default,” she said, “because what that means is that my experiences, my mindset, my desires particularly, get in the way of what I hear.”

The Test of Community

Another way of verifying that God has really spoken to you is called the test of community. When the virgin Mary visited her cousin Elizabeth, full of doubt about the promise she had heard from God, Elizabeth’s own child leapt in her womb, and she said “blessed are you among women, and blessed is the child you will bear.”

Be prepared to submit it to others who are wise and who know God,” she said. “Because we’re learning. We have to understand that we make mistakes.

More recently, Harris was about to announce to her friends and family that she would soon move from Melbourne to Sydney, but before she could, several of them started having dreams about her leaving. Both of these examples show God saying the same things to many people. “I think there’s safety in numbers. If you’re part of a church community who’s also hearing from God, then I can actually get more confirmation through them.”

“Be prepared to submit it to others who are wise and who know God,” she said. “Because we’re learning. We have to understand that we make mistakes. Prophet Samuel was very famous in the Bible for hearing God’s word correctly, but in early days when he first heard God’s voice, he didn’t recognise it. He had to check it three times.”

God always gives solutions. He always brings wisdom. An answer. So something that invokes fear or intimidation or guilt or something along those lines is not from God.

People tell Harris that they are scared to hear from God, for fear that they’re really hearing from the enemy in disguise. But she says that those voices couldn’t be more different. “God always gives solutions,” she explained. “He always brings wisdom. An answer. So something that invokes fear or intimidation or guilt or something along those lines is not from God. God always has a way through.”

It is important to remember, when talking to God, that He wants to be known, to reveal Himself. Trendy belief systems in modern society ask us to meditate in order to access inner peace, or spiritual forces, or mystical experience. But these ideologies leave followers vulnerable to voices whose identities and motivations are unknowable. God, on the other hand, is easy to know, because God is personal.

We have a God who wants to be known, and the Spirit was given to us to reveal the heart of God. And so meditation and communing with God becomes about knowing Him.

“So when I’m meditating,” Harris said, “I’m meditating on someone I know. I am looking to a God who is a personal God, who speaks to me about personal things, about my life, who loves me, who cares for me. And I think this is a real key difference. We have a God who wants to be known, and the Spirit was given to us to reveal the heart of God. And so meditation and communing with God becomes about knowing Him as a person.”

The amazing privilege of talking to God, which he gave us through Jesus and the new covenant, captured Harris’s imagination, and built her ministry. “I thought if God can really speak to me, if the creator of the universe could actually say something, what would He say? What would He say about my life, and about my future? I want to know this person.”

“It’s not just about getting my prayers answered. It’s not just about a force that will give me relaxation and peace. It’s about knowing the creator, and knowing the One who bore me, who gave birth to me, who formed me in my mother’s womb. To me, that’s just the most exciting thing that we could ever experience.”

Ten Tips for Talking with God

For seven years, God Conversations has been equipping people to hear God’s voice. Check out their website for more tips and advice.