Ten years ago God called for Australia to repent following national prayer to end a severe drought. God is still waiting according to the leader of the Australian Prayer Network’s Brian Pickering.

Vision Radio’s Matt Prater and Richelle Wenham recently spoke with Brian who made the revelation as he explained his role as leader and how the Network operates.

Brian said the Prayer Network’s role is to pray for the nation and also the church in the nation.

“We have about 700 churches affiliated with us and a couple of thousand prayer groups across the country. And together with the individual intercessors who belong to the Network, we believe we can reach about a hundred thousand people,” Brian said.

He said they pray over information and prayer requests that have been brought to their attention and matters of national significance. 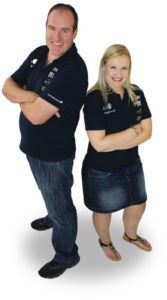 “One of the most significant answers to prayer we’ve had was in relation to the last great drought in 2006 / 07.”

“People might remember we were being told that dams would dry up and all sorts of things would be happening, Brian recalled. 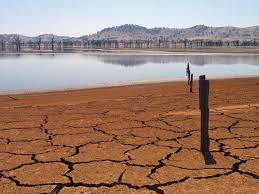 He said at that point of time many were calling for prayer for the nation but the Prayer Network didn’t feel they should be praying for rain.

“Instead we felt to ask our Network to seek the face of God and to spend forty days asking Him why He was withholding the rain,” Brian said.

That brought a very interesting response. Brian said that at the end of the forty days they asked everyone involved in the prayer to send in all the Scriptures they’d received during that time.

“We had thousands of Scriptures come in and spent two or three weeks collating them all. But out of that we got a very clear picture of what God was saying to the nation,” said Brian.

“There was one Scripture that stood out from all the others. That was 2 Chronicles 7:14 which most people are familiar with.”

“But the most popular Scripture was twelve times more than the Chronicles verse, and it stood out like a beacon of light and that was the first chapter of Haggai.”

Brian said they believed this was the word of the Lord given to them during this forty day season.

“And I still think it is today because we still haven’t fully acted on it. And I think if people read Haggai chapter one they’d be quite amazed at how clear it is describing much of the circumstances of today.”

Brian said that it’s at the end of the chapter where God states why He has withheld the rain.

“It spoke to us of the drought and what the Lord was showing were some of the issues. And when we dealt with that at the National Assembly the Lord instructed us to go through all the Scriptures we’d been given,” Brian described, “And pull out any with the word repent in them.”

Pull out any verses with the word ‘REPENT’ in them

Once that was done they received another instruction from the Lord. This was to allocate them int
o different piles according to what I’m asking you to repent of.

“And we did that,” said Brian, “and we finished up with basically six piles. And each of those piles represented a particular stream of a sin that He wanted us to deal with.”

“And that was the number one pile. The number two pile was idolatry and the Scriptures spoke about things like pride and arrogance, self-reliance, witchcraft, worship of other gods, materialism, greed. All of those things we lumped under idolatry.”

That was the second pile. As for the third pile Brian said it dealt with the things we often think about when we think about sin.

Next came the number four pile and Brian said this was to do with the shedding innocent blood.

“We often think about abortion, euthanasia and suicide. And number five was injustice.”

Brian said God was drawing attention to the fact that injustice was about God wanting His church to be a church that cared for the poor, the widows, the fatherless, the oppressed, and the church hadn’t been doing that.

Sins of the Spirit are often ignored

Brian commented on the six piles and drew attention to the first two piles as being sins of the Spirit, saying we often ignore these two when we think about sin. 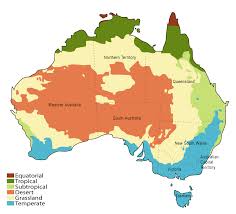 “But God said an interesting thing to us and said the reason I’ve told you to do this is because I want you to note that you spend most of your time trying to deal with sins 3,4,5, and 6. But what’s most on my heart are 1 and 2!”

God is still waiting for Australians to repent

That was over the drought in 2006. Ten years ago. But what is God trying to tell us today in relation to what He was saying then? 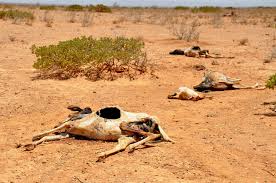 Brian said that Haggai chapter one is as much of a word to our nation today as it was ten years ago.

“And because we haven’t done anything about it. We’ve read it, we’ve acknowledged it, we haven’t changed our way of doing things or our lifestyle.’

Brian then remarked that God is still waiting – waiting for Australians to change their lifestyle. Not an acknowledgement that we’ve sinned, but to stop doing what we’ve doing and to do it His way. 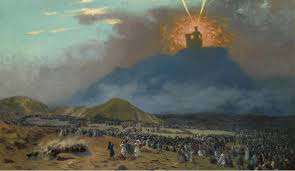 He said that when he shares this word around the nation he’s received an overwhelming response.

Brian Pickering finished by reporting that at the Watchman Schools of Intercession, people are encouraged and amazed, and wonder why they’re not hearing this kind of teaching in their churches.