“There was great suffering and great sacrifice and many lives lost. In the first seven plus years, between 1893 and 1901, there were more missionary graves than there were converts.”

This was the costly beginning of SIM, an acronym that stands for Serving In Mission; a worldwide mission organisation about to celebrate its 125th year anniversary.

Out of that pioneering sacrifice, churches planted by SIM since its formation have grown to more than 6 million believers.

‘SIM is reaching out to people who live without the Gospel’

“We’ve talked about SIM as an international organization and it has been for many years, but we’re growing increasingly global as more workers continue to join with us for God’s harvest,” Joshua confirmed, saying SIM workers come from more than 70 countries.

Joshua explained how they’re working together in teams around the world and reaching out to people who live without the Gospel in those countries.

“Ordinary people who have responded to God’s call to take the good news of Jesus Christ, His death and resurrection, to others who’ve never had, or maybe have had but didn’t understand, and to make disciples for Jesus Christ,” Joshua said, adding that these ordinary people are coming from all types of ethnicities.

The SIM workers also include professionals such as doctors, community health workers, and mechanics who are training people and passing on their skills.

“They’re equipping young people to be able to go out and work for themselves as they share the Gospel in places like Bangladesh.” 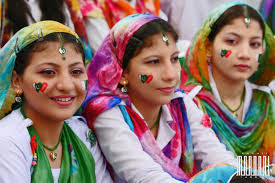 “They’re also reaching out through HIV AIDS work as nurses, and they’re also working as computer experts in some of the Asian countries.”

“The picture of who the missionary is has changed over the years. It’s simply ordinary people responding with a heart of love and compassion to Christ’s call to the nations,” Joshua declared. 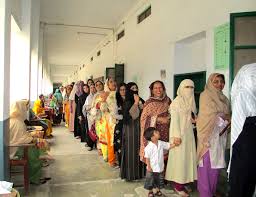 Dr Joshua Bogunjoko said although every skill and every gift is useful for God’s work, there was one condition where a skill would not be suitable in the mission context.

Joshua said they have artists who use their painting skills to express the good news of Christ. Who show love to neighbourhoods that have been devastated by war.

“We have people who use dance and arts to express the love of Christ and to tell the story of Jesus. We have computer scientists who put a simple message on the screen to a Muslim young lady who has never heard that Jesus loves her.”

‘Leadership is for God’s purpose, not for personal goals’

Joshua said there are teachers using the Bible to teach English. The diverse opportunities include agriculturalists in communities hard hit by famines. They are sharing the good news at the same time as they show them how to cultivate the land.

Dr Joshua Bogunjoko repeated that missionary work today is open to all those who are responding to the heart of God. This is the result of the church adapting a global perspective along with its perception of mission workers being part of a global workforce.

‘SIM teams have changed and increasingly mission leaders are having conversations around the whole question of how are we responding to what God is doing,” Joshua acknowledged, saying they’re not in leadership for their own goals but for God’s purpose.

“If you see the teams that God is bringing together, this multi-ethnic and multi-skilled, to express God’s love to communities around the world. It’s the most beautiful thing to see,” Joshua exclaimed, saying he’s privileged to be one of those and he’s thankful to God for the opportunity. 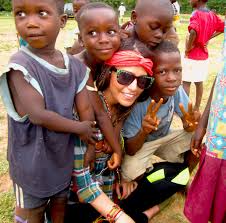 “It’s a wonderful experience for Ecuadorians, Ethiopians, Australians, Ghanaians and Americans to work together on a team in a community where they’ve never seen that type of relationship before. And they’re asking, ‘What brings you together? How can you people work as if you’re brothers and sisters?’” Joshua testified, saying it’s a beautiful thing that God is doing.

Joshua said he and his wife joined SIM as missionaries 21 years ago and said that God had grown them during that process. A process that is on-going.

“God is continuing to grow us even where we are now,” Joshua said, saying he’s also growing others as He brings them into a relationship with Himself and then into His mission work.

Back to the past and a brief reflection on what it was like for missionaries in those early days of SIM. Dr Joshua Bogunjoko said the first missionaries paid the ultimate price.

“The first three missionaries that ventured out on the Soudan interior mission went to my country Nigeria. Today SIM is made up of many other organisations that have merged with SIM over the years.” 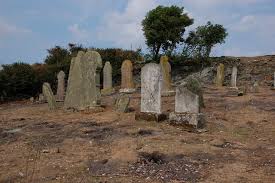 Joshua recalled the Soudan mission was the story of a praying woman who was praying for that part Africa that had not heard the Gospel. There were no missionaries because it was too dangerous.’

‘In the first seven plus years there were more missionary graves than there were converts.’

These three young men were told when they arrived in Lagos that they would not survive. But they went into this vast tract of Africa where two of them died of dysentery within a year and a half. More later came and also died, but eventually they established a mission station. 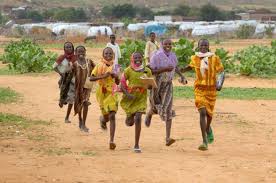 “But from there God blessed their work,” Joshua claimed, before admitting that in the first seven plus years, between 1893 and 1901, there were more missionary graves than there were converts.

“But God eventually blessed that work as they continued to persevere, with great suffering and great sacrifice and many lives lost. But the Gospel was never lost and their suffering was never in vain.”

‘More SIM church worshipers than perhaps the whole of Europe’

Joshua said that today in Nigeria the church has grown to over six million and in Ethiopia the church is about ten percent of the population. Joshua said he’s done the calculations.

“I realized that on any particular Sunday around the world, there are probably as many people gathering to worship God in a SIM-related church than perhaps in the whole continent of Europe put together.”

Dr Joshua Bogunjoko concluded by saying that is an amazing work of God.

“It was costly but God honoured the sacrifice of those people. And it’s out of that church in Nigeria that I come.”

The vision of SIM is to see a witness of Christ’s love where He is least known, disciples of Jesus expressing God’s love in their communities, and Christ-centred churches among all peoples.