‘On The Buses’ – Graham Leishman

A ‘Rags to Riches’ Red Double-Decker London Bus Story with a Singapore sling.

The riches – ‘We were shocked to win ‘The International business of the Year Award’ against companies ten times our size.’

And then Singapore fell…again! This time to our intrepid Australian bus entrepreneurs.

‘We had 10-thousand applications for 1-thousand positions.’

This is about a business journey that began in Gosford decades ago and is now a worldwide success story. That story begins here. When you think of London, images of red double-decker buses may easily come to mind.

But what you might not know; the business that runs hundreds of those buses is a ‘true blue’ Australian company.

It’s a ‘Rags to Riches’ story of an Australian business enterprise that has grown into a global success and it’s co-founder drove into Vision Radio’s 20Twenty car park recently to share some of the company’s trials, tribulations, and incredible successes.

So take a seat and read on. We must advise though that some sections of the route are likely to be a little bumpy.

‘The colonial boys are here. It worries them a little bit’

Firstly, to think that hundreds of London’s iconic double-decker buses are owned by an Australia company, by those wild colonialists from ‘Down Under’. That must be cause for irritation and angst among some patriotic partisans of the ‘Motherland’.

Graham Leishman, chairman of Transit Systems, said it does.

“Yes. The colonial boys are here. It worries them a little bit. But you need to take into account there are 8-thousand buses in London and we operate 600 of them,” Graham informed saying there are many other bus operators in the city.

Half a league onward,

All in the ‘streets of London’

“Charge the passengers!” he said:

Into the streets of London’

(Adapted from The Charge of the Light Brigade – Arthur, Lord Tennyson)

‘We won it! That was exciting, wonderful, but a real shock’

But how good are our ‘fair dinkum’ Aussies doing there, up against the English and French competition? Being awarded ‘The International business of the Year Award’ means there are no buses crossing the finish line ahead of the Australian based Transit Systems Company’s fleet.

Graham admitted it was a feather in their cap.

“It was something totally unexpected. We were up against some huge international companies. We have 5-thousand staff and if that sounds a lot there were others with 50-thousand,” Graham explained, saying his son Adam was at the awards ceremony and was shocked when they were announced the winner.

“They went along not expecting to win anything being the smallest operator and business out of all the businesses nominated. And we won it. That was exciting, wonderful, but a real shock,” Graham said.

‘And another huge international win in Singapore!’

But another accolade preceded this prestigious award, that being ‘The Best Workplace Culture and Engagement Award’. The competition in this category included Del computing, Bloomberg, FedEx, MacDonald’s DBS Bank and Unilever. No small bikkies by any measure. 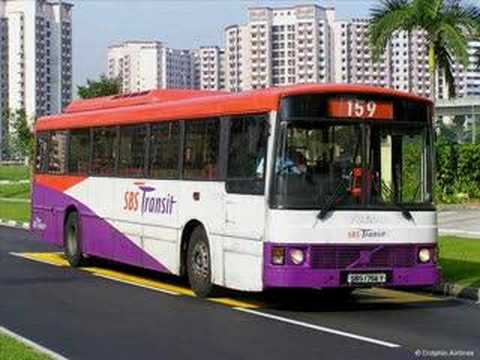 “Once again we were shocked,” Graham Leishman confessed, saying that award was in Singapore where his company had won a big contract involving 380 buses. But Graham said they had a problem staffing the business when it started out a few years ago.

“We found the existing operators were not treating their drivers as well as we could. We brought in a whole regime that included maternity leave for lady drivers and giving bus drivers professional training. We had 10-thousand applications for 1-thousand positions,” Graham tabled, saying it was the cultural change the company instigated that won them the contract, the employees, and contributed to the award.

‘The bus company’s reputation was growing, the business in good shape. But….’

Graham Leishman’s story with buses goes back to 1971 when they picked up a bus business in Gosford, NSW.

“Dad looked at the business and came to me when I was only 21. We ended up buying it and the rest is history,” Graham shared, saying it grew from 30 to 40 buses and three different operations on the central coast.

For a time it was happy trails. The bus company’s reputation was growing and the business was in good shape. But the 1980’s came and with it a bus tragedy on 29 October 1989.

The Grafton bus disaster resulted in 21 fatalities. It made world headlines. The bus that collided with a truck was owned by Graham Leishman’s company.

‘I got down on my knees and started to pray’

Graham recalled it was horrific. When he received the call early in the morning he thought it was a bad dream.

“I got out of bed after I’d answered the call and got down on my knees and started to pray.”

“We didn’t know at the stage the full ramifications. I just knew there had been a serious accident. A truck had run into a bus. It took a long time to get some facts,” Graham recalled, saying the police wouldn’t allow them to go to the site.

He said it took several months for the coroner’s report to establish the bus was one hundred percent clear of any responsibility for the accident.

‘The truck driver loaded up with pep pills, had gone asleep at the wheel’

“Apparently the truck driver who’d driven from Melbourne to Brisbane without a stop, unloaded then loaded again to go to Sydney, had been driving for over 30 hours,” Graham said, saying the truck driver was loaded up with pep pills, had gone to sleep at the wheel and had crashed into the bus coming in the other direction.

“The driver of the bus was killed along with 20 people from our bus. It was just horrific. I still feel for those families involved and often pray for them,” Graham shared.

The Kempsey bus crash that came a couple of months later, 22 December 1989, had 35 fatalities. Neither of the two buses that collided head on in foggy conditions was from Graham Leishman’s fleet.

The whole nation was in shock, impacted by the trauma of the two bus tragedies, so much so that people stopped buying cross country bus journeys.

The result being the bottom fell out of Graham’s bus business.

“Over a period of time the bank took action and we ended up without any business at all. The banks took the position the business would collapse and moved in early, even though we had not defaulted on any commitments,” Graham said.

“The bank determined that we were not fit and proper people to manage a business. At the time we were paying 17 percent interest. The ‘recession we had to have’. What the bank said to us was they were going to help us by putting the interest rate up from 17 percent to 23 percent!” Graham declared.

As a Christian undergoing these very public trials with reputations in the cross-hairs, Graham said his first responses were to think, ‘Why me, Lord?’

“Why this? How can it be? You know, you’ve done all the right things. You love the Lord, you want to bring glory to Him, and then this comes along and you don’t even have a house, you’ve lost everything,” Graham reminisced, saying he was thinking about Job and his experiences.

“I had to be very careful because in hindsight I had a lot of self-pity which wasn’t good. But we’ve still got to trust the Lord even in the bad times and we’re not promised a life of ease all the time. There will be the trials and the tribulations.”

Graham also mentioned the large numbers of Christians suffering around the world.

“Bad things happen to Christians and we shouldn’t expect everything’s going to be fantastic and a wonderful ride. Look what happened to our Lord,” Graham noted.

You have been reading part of Graham Leishman’s story about his company Transit Systems.

Tower Transit Group was named ‘International Business of the Year’. It’s a prestigious award given to the UK business that’s ‘judged to have achieved the most impressive overall business performance internationally during the past year (2016).

Co-founder Graham Leishman is the Chairman of Transit Systems that employs more than 5000 staff and operates 2200 urban buses that transport over 170 million passengers each year.