Inspiration for Christians to raise the level of Christian writing.

“Popular culture’s tendency is to portray Christians as either fools or serial killers.”

But that’s not true. And did you know that Jesus used fiction to reach people with the truth?

What follows captures part of a fascinating conversation about how the words we use form popular culture. It’s also an inspiration for Christians to raise the level of Christian writing.

‘We should be writing quality books and articles’

‘We are the ‘People of the Book’ so we should be writing quality books and articles!’

These are the expectations of author and speaker Belinda Pollard, a publishing consultant of 20 years, who guested on Vision Radio’s 20Twenty program recently.

Words and popular culture go hand in hand and if any one person can discuss the topic, program host  Neil Johnson contacted Belinda Pollard to give her professional insights on the matter.

Neil asked Belinda if she uses words of entertainment or influence in her writings.

‘Why are all the best-sellers written by enemies of faith?’

The first person who came to Belinda’s mind was Jesus.

“I think it’s interesting that our Lord is described as the Word. In the beginning was the Word. Words can be so powerful in both positive and negative ways,” Belinda answered before mentioning that Christians are known as the People of the Book. Which raises the question…

“So why are all the best-sellers written by enemies of faith?”

“Why is it that all of this influence swirling around us in popular culture, coming from the enemies of faith?”

“I think we need to not underestimate how much our society has shifted in recent decades because of this very fact,” Belinda declared before admitting she writes for a mainstream audience, a task she said is quite difficult to do.

“It’s something that I’ve really wrestled with over many years and it’s hard to do it but I feel that it’s so important and I really want to encourage those listening to this who might be thinking they want to write a mystery thriller or a romantic novel, but they must write something more worthy,” Belinda explained.

“I must write a Bible study or I must write a devotional and I want to say, listen to what God is asking you to write,” Belinda said before repeating that advice.

‘Jesus used fiction to reach people with the truth’

Belinda Pollard pointed to the Bible and asked listeners to think about the New Testament. 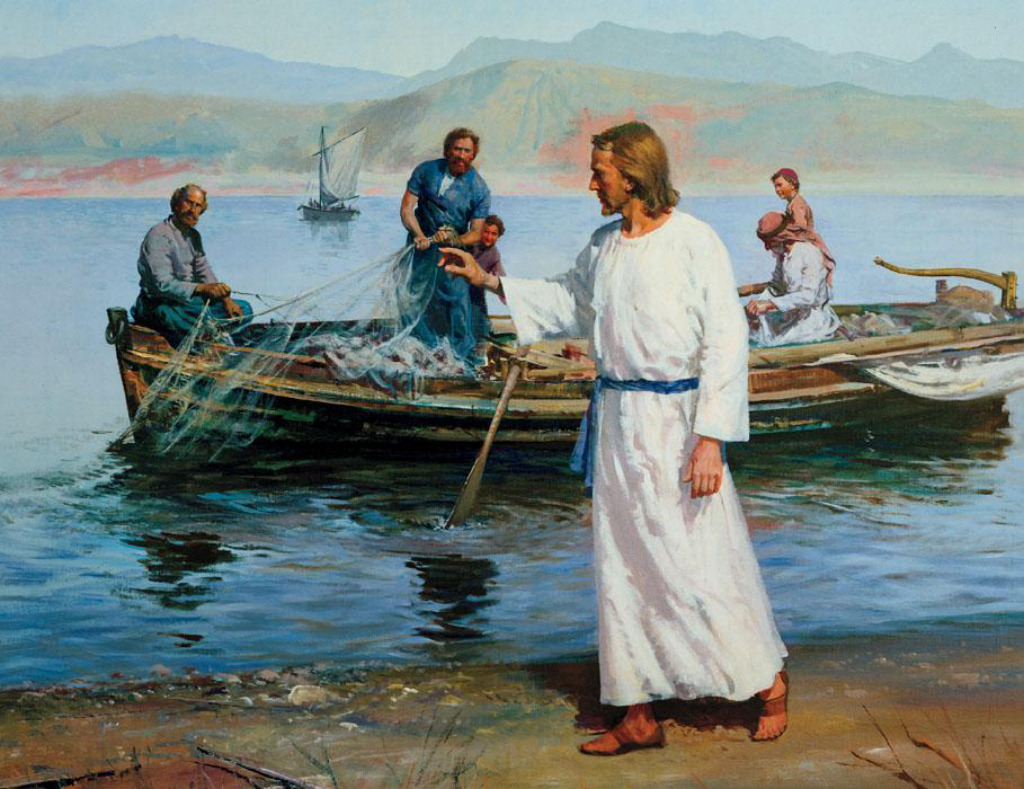 “Half of it is written by a theologian, the apostle Paul, and the rest is written by fishermen and people like that. And all they needed to do was to tell their story.”

“The Gospels are all stories. Jesus was a storyteller. Jesus used fiction to reach people with the truth. All of His parables, they were stories!” Belinda exclaimed, saying Jesus knew the value of a story.

‘God is creative. We forget that so often’

“We feel like our creativity and our imagination and the wild things we think of are separate to our faith but they actually came from the same creator.”

“He’s creating, He’s imagining things, we are the result. This gorgeous planet. The technological sunrise today, God imagined that. He created that. He created us. The beauty of human beings and the way we relate to each other. So many amazing things.”

‘Christians portrayed as either fools or serial killers’

“But what you’re saying Belinda is to be counter-cultural instead and influence the pop culture that’s being created on a mass scale,” Neil commented. Belinda responded by identifying an example of popular culture with its tendency to portray Christians as either fools or serial killers.

“I know a lot of Christians who are neither of those things!” Belinda testified, saying we’re all kinds of things.

“We’re flawed, we’re fascinating, we think deeply about lots of things. We’re creative, we’re courageous, we’re amazing people just like every precious human being. Every precious one of the 7-billion human beings on this planet.”

Belinda Pollard then spoke about a mystery thriller novel she has written to describe how she counter-acts the secular fiction books in the same genre.

“Poison Bay is about a bunch of old school friends who go out into the New Zealand wilderness, get lost and basically start killing one another,” Belinda said before eluding to a couple of friends who attend her church.

“These two older women, two sisters who live together, who’d both read my book, and one said to the other, ‘How could Belinda Pollard write such an awful book? But her sister loved it because she reads mystery thrillers,” Belinda shared as she provided further detail on the book’s content.

“This is just a mainstream thriller in which I’ve tried to weave what I call grace notes. Little hints of the kingdom, little hints of eternity.”

“One of my major characters is a very strong Christian but he does some silly things and he’s up against a very difficult situation. I explore through him the spiritual aspect,” Belinda outlined, saying a British reviewer of the book and a self-described atheist used words to describe her book such as poignant and fascinating, but ultimately life-affirming.

“So there’s an atheist reading a book about a bunch of people going out and killing each other and saying it’s ‘life-affirming.”

‘I couldn’t give them a Christian book, but I could give them this’

Belinda Pollard gave another example of Christian influenced fictional appreciation that came from a woman who’s a nurse in an Australian country town. 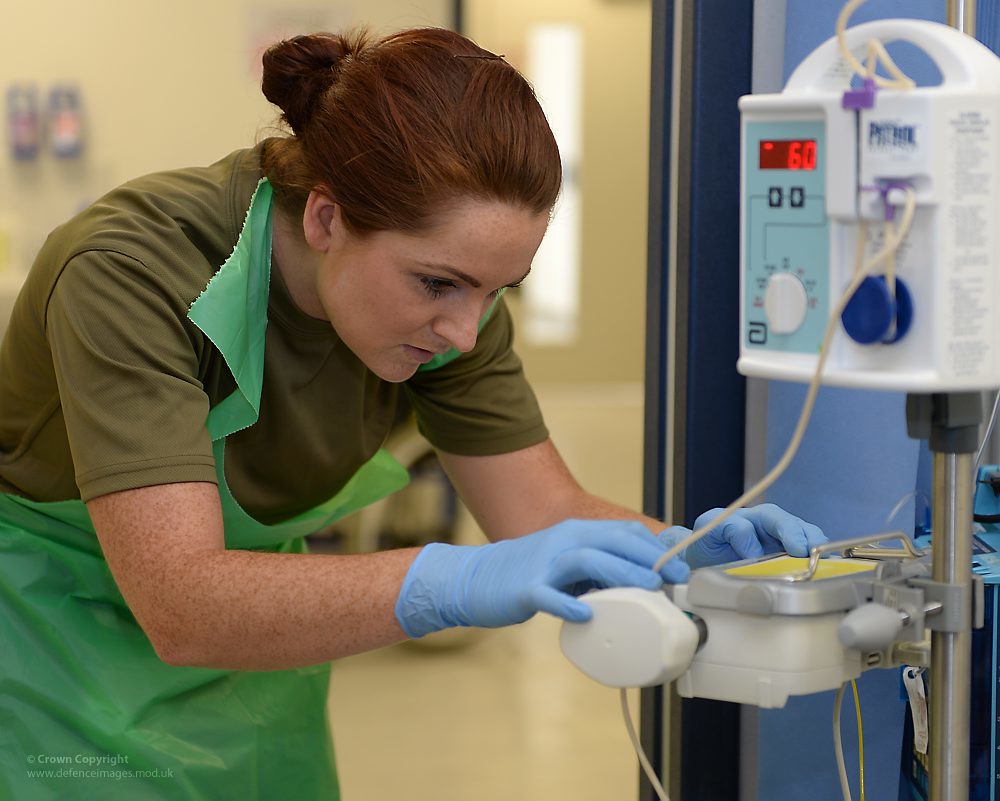 “She loved this book and said ‘I can give this to the women I work with in the hospital because I couldn’t give them a Christian book. But I could give them this book because it might just open an opportunity for a conversation,” Belinda illustrated.

20Twenty host Neil Johnson’s idea of the plot for a fiction story written by a Christian is friends getting together for a tea party and looking across the fence and seeing beautiful ponies in a green lush paddock swarming with butterflies. ‘It’s about introducing the possibility of the Christian worldview’

Neil agreed there needs to be an engagement with today’s instant gratification pop culture and write about those things and apply Christian values into the script.

Belinda said it’s about introducing the possibility of the Christian worldview.

“One of the things I do, and this is the first book of a series that introduces two continuing characters who are journalists and one of them is a strong Christian who’s a good Baptist boy and the other is a young woman who’s an atheist,” Belinda confirmed, saying this woman is pro-abortion and a whole bunch of things.

“It’s funny. When you write a book you really get to know your characters, you live in it for so long, you get to know these people and you start to miss them when you don’t see them anymore.”

“It’s a kind of a mental illness really,” Belinda confessed, saying you have these imaginary friend with whom you spend an inordinate amount of time with.

“You want the best for them and you want things to work out for them. And I’d thought earlier on that this pro-abortionist lady would have a come to Jesus moment in the book, but I didn’t end up writing it that way,” Belinda said, and justified the storyline by the book being part of a series and its need to be real.

‘Parts of the Bible should be R-rated’

“It takes time for people to warm to a character particularly in today’s culture. We’re in a much more cynical and suspicious era and readers need plenty of time to be wooed into the kingdom,” Belinda estimated.

“If you look at the thousands of years of Biblical history. Have you read the Bible? You know the Bible is not this peppy book on every page is it,” Belinda shared and Neil Johnson chimed in to say parts of the Bible should be R-rated.

“There is a dark side to some of the characters of the Bible and that’s what brings to life the idea of a contrast between what we were and what we are to be,” Neil commented.

Belinda Pollard has been a book editor and a publishing consultant for twenty years.

Belinda is also the owner of Small Blue Dog Publishing where she helps people write and publish excellent, influential books.

Belinda is currently working on VENOM REEF, Book 2 in the Wild Crimes series. This one is set on the Great Barrier Reef in Queensland, Australia.

For further information about Belinda and where to purchase her books, visit the following the websites:

www.gracewriters.com is another website recommended by Belinda and is specifically for would-be Christian authors.